Kidane Tadese aims to emulate his brother in Soria

All smiles! A big win for Kidane Tadese in Alcobendas (© Miguel Alfambra)

The 20th Cross Internacional de Soria, the first of three Spanish legs scheduled for this season, will mark the beginning of the IAAF Cross Country Permit Series 2013-14 on Sunday (10).

The men’s race over 10km race promises to be a battle between Eritrea’s Kidane Tadese and the leading local athletes in the guise of former European champion Alemayehu Bezabeh, Javier Guerra, Jesús España and Antonio Jiménez as this race along with Atapuerca IAAF Permit meeting to be held the following Sunday - will be the first stepping stone for athletes targeting the SPAR European Cross Country Championships in Belgrade on 8 December.

Soria will be Kidane’s second appearance this autumn after the 26-year-old Madrid-based runner took second place at a low-key 10km road race in Madrid last month in a modest 29:51.

However, Zersenay Tadese's younger brother is a fine cross country specialist and should be tipped as the man to beat even after his lacklustre 2013 campaign so far, and could follow in the footsteps of his brother nine years after multiple World Half Marathon Championships gold medallist won in Soria.

Bezabeh wasn’t in the kind of form this summer which led him to become the first Spaniard to dip under the 13-minute barrier for 5000m when he ran 12:57.25 in 2010 but, as another renowned cross country specialist, the 27-year-old runner could provide the stiffest opposition to Tadese.

Guerra will try to celebrate his 30th birthday on Sunday with a performance worthy of a place on the plane to Belgrade. He was a creditable 15th in the World Championships Marathon in Moscow in his first season focusing on the distance.

He also finished eighth at the Europeans Cross Country Championships in Budapest last year and lead Spain to the team gold medals, a squad that also included the 2002 European Athletics Championships 3000m Steeplechase winner Antonio Jimenez, who will also be on the start line in Soria missing the outdoor campaign through injury.

Espana, the 2006 European 5000m champion, should also be a contender for a place on the podium.

Now 35 but hampered during the  last two outdoor season with recurrent injury problems, Espana has set himself the target of competing at the IAAF World Indoor Championships over 3000m next March but is also available for Belgrade.

The women’s 8km contest should, on paper, be won by Spain’s Diana Martin.

The 32-year-old was second last year behind Eritrea’s Nazaret Weldu and she will be eager to step up one place on the podium.

Coached by former Spanish international Antonio Serrano, Martin is an outstanding steeplechaser who made the final at this summer’s World Championships.

The race, on the ‘Monte Valonsadero’ circuit, is staged in a beautiful forest on the outskirts of Soria which is well-known for being the training venue for many years of 1992 Olympic 1500m champion Fermin Cacho and two-time World Championships Marathon gold medallist Abel Anton.

Unlike in recent years, the weather forecasters predict a pleasant day on Sunday with no rain expected and temperature rising to 14 degrees Celsius.

BACK
Pages related to this articleAthletes
Jesús Espana 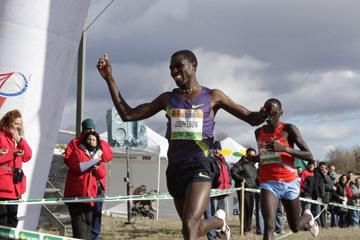 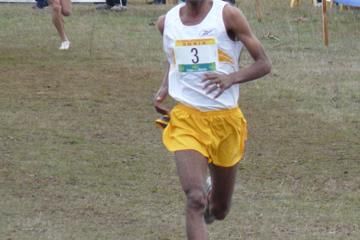 Comfortable victories for Gebremariam and Mas... 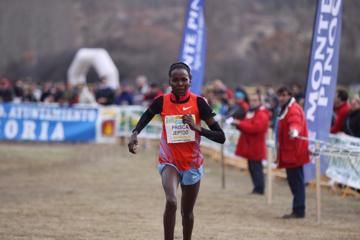 Chepkok and Jeptoo unopposed at Soria... 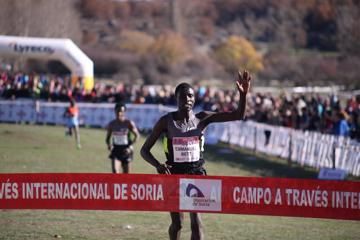