USA's Ashton Eaton has acquired all the combined events honours the sport has to offer in the past two years.

In the Polish city of Sopot next month, where the 2014 IAAF World Indoor Championships will be held between 7-9 March, he will be bidding to defend his first global title, which he won in Istanbul two years ago.

With less than one month to go until the biggest global athletics event of 2014, Eaton spoke to the international media in a teleconference on Monday (10).

Below are the edited highlights of that question-and-answer session.

You are just one month away from this year’s World Indoor Championships, how do you assess your form this time around?

Ashton Eaton: I took a big break after Moscow because 2011, 2012 and 2013 – that chunk together really taxed me. I started training late but based on the two competitions I’ve done so far this year, I don’t really feel I’ve lost very much. I did an indoor PB in the shot put and I did a decent 60 even though I had a bad start, and a couple of weeks ago I was one-hundredth away from my indoor hurdles PB, so far I think I’m going into Poland doing pretty good.

Tell us a little more about how you coped with injuries in 2013, and are they definitely behind you?

AE: Coping with injuries is always difficult for athletes because all we want to do is, basically, to have our best performances unhindered. When you have an injury you are hindered a little bit. The way I dealt with it wasn’t any different to any other athlete, I complained a lot! But when you are at a competition and you are on the line, you just try to forget about all of it and just try to get worked up.

The injuries were most seen in the high jump where I was jumping under two metres in all my multi-event competitions, which isn’t normally me. I took those hits and just tried to make up the points in other places.

Last Saturday in Boston (at the IAAF Indoor Permit meeting) you ran 60m in 6.73 and had an indoor PB of 15.05m in the shot put. Both performances were better than when you set the world record in Istanbul, so what does this tell you?

AE: I’ve been keeping track of my training sessions, I’ve done about 40 (this winter) and it tells me that I’m getting a little bit more mature. It’s not so much about the physical work now, it more the mental part of it. Remembering that, I’m like a seasoned veteran now, getting more performance done with less work.

Are you in the kind of shape to break the world indoor heptathlon record again in Sopot?

AE: Yes, I think so. Based on the amount of time I have left before the World Indoors, I think I am in shape to break the world record again.

AE: My team and I have decided that Ireland is where we are going to do our training and preparation for Sopot. Generally, these types of decisions are made by my coach and my manager. My manager checks out where there is going to be good competition beforehand where we can do some of the events that we want to work on, my coach decides whether the travel and location was going to be satisfactory for getting ready to go to Poland; what they told us about Ireland sounded good to us (the athletes in Eaton’s group). We had been to Germany many times before, it’s not like any place is good or bad, it’s a change. Let’s see what Ireland has to offer!

How serious are you about the 400m hurdles and how does 2014 fit into your long term plans?

AE: Let me answer the last question first. It’s really important to get a rest in 2014. After doing ’11, ’12 and ’13, I realised the amount of mental and physical stress your body takes and the preparation you need for it. Also as I get older, I’ll be 28 by the time the next (Olympic) Games comes around, I’ll need to have a nice year in 2014, just take a break, reflect, and not really do any decathlons so that I don’t have the stress of trying to perform well in that event. It (2014) is going to be really important and I think it will set me up well for ’15, ’16 and ’17.

For the first part of the question, I’m pretty serious about everything that I attempt. When I start focusing on the hurdles after the World Indoor Championships, I’m going to be serious. I’m excited. I’m doing the 400m hurdles because it’s something new and it’ll be good for my fitness.

In your opinion, who could be the next person to go over 9000 points?

AE: Hmmm… that’s a hard question to answer. Look at someone like Dan O’Brien, if you take all his personal bests, it adds up to the most of any decathlete in history, 95-hundred points. Look at Bryan Clay, his add up to 94-mid; if you look at mine, mine add up to 94-mid. But both of those other guys never scored 9000 points.

Somebody may have all the potential and talent in the world but may not score 9000. Why? I don’t know but I think it’s difficult to peak for all 10 events. Who has the most potential now to score over 9000 points? Hmmm… I think Damian Warner is the next closest. He has a lot of speed and jumping ability, which is where you get a lot of the points, but he has to put together a decathlon where he can get high marks and consistent marks across all of the events. He is still young in the event so who knows when this could happen.

How do you assess the German decathletes?

AE: I think they are great. They are the most fun people to compete against. I love Michael (Schrader, 2013 IAAF World Championships silver medallist) and Pascal (Behrenbruch), and Rico (Freimuth). I think when Michael came back (from injury) it was really good for the German team to have all three top multi-event athletes there. They have a good crew, they are all pretty talented guys and they are all young guys. They are always going to be in contention for the medals as long as they stay consistent, keep training and stay healthy.

So what is your forecast for the European Championships in 2014?

AE: For the European Championships, and it always depends on who does it, but it should be such a good competition. Kevin Mayer (from France) is so up-and-coming and he’s very dangerous in a multi-event competition, then you have the Germans. Michael Schrader is coming back and, if he’s healthy, he’s obviously very dangerous. Those two guys should have a good competition. Who’s going to win? Well, it’s all about who makes the fewest mistakes.

AE: I’m really pumped up. For the World Juniors, which is first, it’s going to be really nice for all these young athletes to come to one of the best tracks in all of the United States. I want them to have this experience because this is the track that started it off for me. Everyone can have a great performance; the atmosphere is always really great. When you are track athlete you want PRs, you want the track to be involved and I think Eugene offers that.

For the World Indoors in 2016, I think Portland has so much to offer the world. It’s a great cosmopolitan city. The design of the city is that it’s on the river so there’s a lot of bridges. It’s a fun, easy to access, very liberal city, accepting of all types of cultures. I think people are going to have a really great time there. Again, it’s all about the atmosphere.  To bring track and field to Oregon on these two years, it’s going to be great for the sport.

You mentioned the World Juniors, who were the people who inspired you the most?

AE: That’s a good question. When I was a junior and an up-and-coming athlete, I don’t think I looked to anyone for inspiration. I was so busy trying to improve myself and learning these new events and learning about the decathlon in general that I didn’t really have time to focus on anyone else. I was so busy learning how to hurdle, how to pole vault, how to throw the javelin, how to shot put that I didn’t really focus on anyone else. 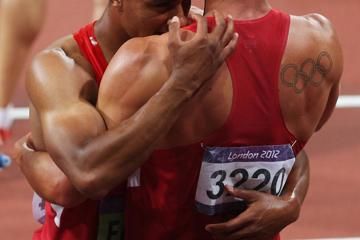 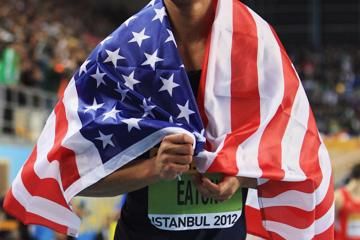 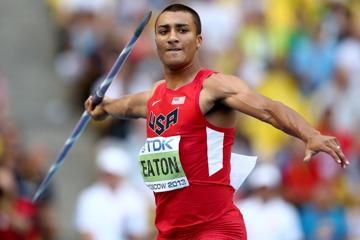 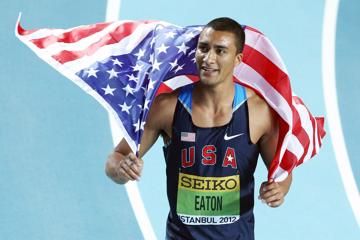