It will be his only combined events competition of the year, however, as the US all-rounder will take a break from the Decathlon during the summer in an attempt to rest his body ahead of the 2015 IAAF World Championships in Beijing.

Eaton triumphed at the 2012 World Indoor Championships in Istanbul, breaking his own World indoor record in the Heptathlon with a score of 6645. It was his third World indoor record for the seven-event discipline, having set marks of 6499 in 2010 and 6568 in 2011.

Three months after his victory in the Turkish city, he added the Decathlon World record to his CV, scoring 9039 at the US Championships.

Since then, he went on to win Olympic gold in London and World Championships gold in Moscow, becoming the first man in history to concurrently hold both global titles as well as the world indoor and outdoor combined events records.

If Eaton succeeds in Sopot, he will join fellow US decathlete Bryan Clay as the only man to win back-to-back World indoor Heptathlon titles.

The combined events in Sopot will feature eight athletes in both the men’s and women’s contests. The top three from the 2013 world season lists will be invited, as well as the winners of the IAAF Combined Events Challenge. Three other athletes will be invited based on results from the 2014 indoor season with the final place being offered at the IAAF’s discretion.

After the conclusion of the World Indoor Championships, Eaton’s focus will shift to the summer where he will drop the Decathlon in favour of individual events.

The 25-year-old and his coach have even indicated that he may try new events, namely the 400m Hurdles.

“Ashton brought it up to be before I brought it up to him,” Eaton’s coach Harry Marra told US reporters on the subject of the 400m Hurdles. “He likes to run the quarter (400m). He's a good hurdler. It makes sense from the standpoint of training as a 400m hurdler in order to make him better at the 400m and the 1500m.

Eaton will also compete in the other events that make up the Decathlon in an attempt to improve on his PBs.

His next Decathlon is expected to be at the 2015 Hypo Meeting in Gotzis in what will be his debut at the prestigious combined events meeting. 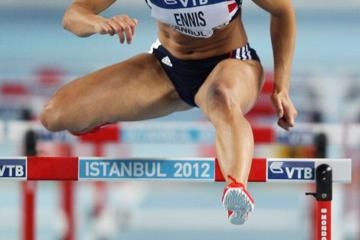 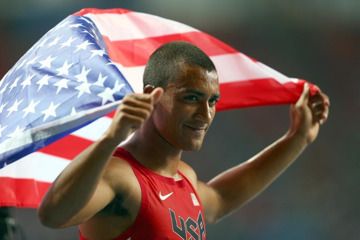 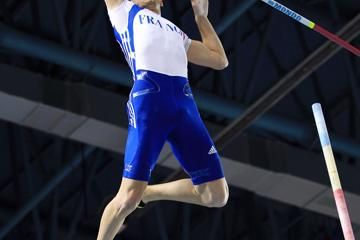