The IAAF is saddened by the news that Miruts Yifter, a double Olympic champion for Ethiopia at the 1980 Olympic Games, died yesterday (22) in Toronto, Canada, after being hospitalised for respiratory ailments. Yifter, considered by many as one of the greatest middle distance runners of all time, was 72.

Yifter's crowning achievement was his 5000m and 10,000m double triumph at the 1980 Olympic Games in Moscow at age 40, where he earned the nickname 'Yifter the Shifter' for the rapid injections of speed that helped propel him to victory. In both contests, Yifter surged and slowed to confuse his key opponents. The tactic worked.

"300 metres is the ideal mark – not too late, not too early. I listened to the movements of my opponents until five laps remained and then decided on my course of action. The tension started building at the bell, but before they could reassert themselves, I made my move."

The move came off without a hitch in the 10,000m final, but in the 5000m five days later, he found himself boxed in during the start of the final lap. With 300 metres remaining, his teammate Mohamed Kedir stepped aside, allowing Yifter to again unleash his kick.

His Olympic career began eight years earlier at the 1972 Games in Munich where he took the bronze medal in the 10,000m. He was to compete in the 5000m as well but reportedly arrived too late to contest the final.

Ethiopia joined the African boycott of the 1976 Games in Montreal, putting his Olympic career on hold. In the interim, he won consecutive 5000m and 10,000m doubles at the IAAF World Cup in 1977 and 1979 in Dusseldorf and Montreal, respectively.

Yifter's heroics inspired the next generation of Ethiopian runners, including the legendary Haile Gebrselassie, who began running after hearing of Yifter's achievements at the Moscow Olympic Games.

“Miruts has been everything to me and my athletics career,” Gebreselassie, a two-time Olympic 10,000m champion and multiple world record breaker, said in an emotional interview with the Associate Press today.

“When I started running, I just wanted to be like him. He is the reason for who I am now and for what I have achieved.”

Following his retirement, Yifter remained involved in the sport as a coach to athletes both in Ethiopia and in Canada, where he has lived since 1998. 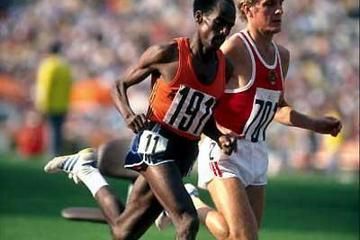