Lewandowski posted the news on his Instagram account earlier this week, explaining that a disrupted build-up to his outdoor season meant he was not in shape to challenge for medals at this year’s major championships.

“After my daughter's accident during her rhythmic gymnastics class [just before the World Indoors], I decided to stay at home until Midia was fully recovered,” he wrote. “Due to the fact I did not have the opportunity to train abroad, I was not able to prepare properly to defend my bronze medal from the World Championships and my silver from the European Championships and I am not interested in places outside the podium.

“Was it a difficult decision? I didn't even think for a second because family is the priority. It was the same when I pulled out of the World Indoor Championships even though I was in great shape.

“It was a beautiful 16 years of running – an amazing adventure that is now over. Something ends and something begins because in November I will become a dad again.”

Lewandowski first made a name for himself as an 800m runner, placing fourth at the 2006 World U20 Championships and then winning the 2007 European U20 title. He reached the Olympic semifinals in his first year as a senior athlete in 2008, then made it to the World Championships final in 2009.

He landed European gold in 2010, following it with silver at the 2011 European Indoor Championships and fourth-place finishes at the 2011 and 2013 World Championships. After winning the 2015 European indoor 800m title, Lewandowski earned European silver in 2016 and went on to place sixth at the Olympic Games later that year, but then started to switch his focus to the 1500m.

His tactical prowess and strong finishing speed meant he was a formidable opponent at major championships. He won the 2017 European indoor title, then placed sixth in the 1500m at the 2017 World Championships later that year. In 2018 he won his first global medal when taking 1500m silver at the World Indoor Championships. He earned the same colour medal at the 2018 European Championships.

Lewandowski retained his European indoor 1500m title in 2019, then went on to earn his first and only outdoor global medal in 2019, placing third at the World Championships in Doha. His most recent podium finish was his 1500m silver at the 2021 European Indoor Championships. 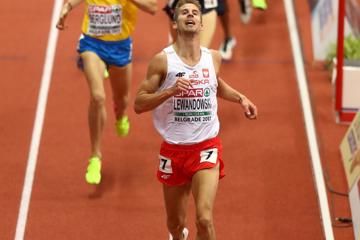 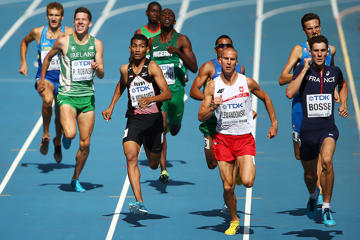