World champion Sam Kendricks and rising German star Bo Kanda Lita Baehre have been added to the field in the men's pole vault for the Indoor Meeting Karlsruhe, the second stop of the World Athletics Indoor Tour, on 31 January.

Kendricks will be coming to Karlsruhe after a sensational 2019 campaign which saw the 27-year-old successfully defend his world title and add two more six-metre clearances to his resumé. His best, a 6.06m effort at the US championships in July, elevated him to the No. 2 position outdoors on the all-time list.

Lita Baehre, just 20, finished fourth at the World Championships last October and earlier in the season struck gold at the European U23 championships. Both of his career bests - 5.72m outdoors and 5.70m indoors - came last year.

The pair will join world record holder Renaud Lavillenie, who was previously announced. Lavillenie has won three times in the German city, in 2013, 2015 and most recently in 2016 when set the current meeting record of 5.91m. 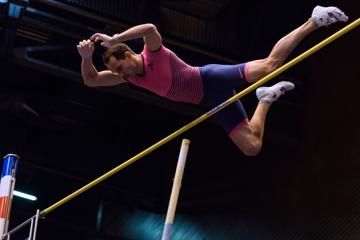 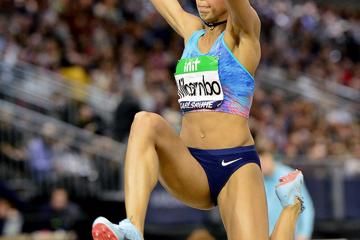 Mihambo takes to the track in Karlsruhe...