All three triple jump medallists from the Rio 2016 Olympic Games will clash at the Prefontaine Classic, an IAAF Diamond League meeting, in Eugene on 27 May.

Taylor will be seeking another world title in London this summer. He won his second world title in Beijing two years ago with a leap of 18.21m, moving him to second on the world all-time list, just eight centimetres shy of the world record.

Will Claye earned his second successive Olympic silver medal in Rio with a lifetime best of 17.76m. The 2012 world indoor champion has battled Taylor since their college days. While Taylor has the upper hand in medals (4-1 in golds), Claye owns a career 19-17 advantage in head-to-head competition.

China’s Dong Bin is the world indoor champion but saved his longest performance for Rio, where he claimed Olympic bronze with 17.58m, just a centimetre away from the Asian record.

Max Hess of Germany struck gold as a 19-year-old at last year’s European Championships in Amsterdam. He had already earned silver medals on the world stage twice in Oregon – first at Hayward Field at the 2014 World Junior Championships, then last year in Portland at the World Indoor Championships. Now 20, he started the year in fine form by setting a German indoor record of 17.52m.

Alexis Copello was fourth in Eugene last year. The 2009 world bronze medallist has a best of 17.68m and has represented Cuba at six global championships.

New French sensation Melvin Raffin is the youngest in the field at 18. He world U20 bronze medallist set a world indoor U20 record of 17.20m in the qualifying round of the recent European Indoor Championships. 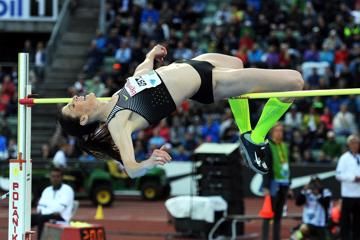 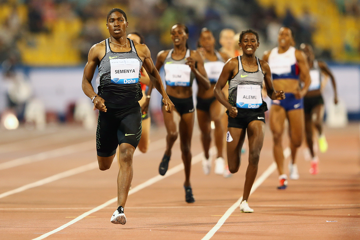 Full set of Olympic medallists to clash in 80...