Olympic champions Jenn Suhr and Ashton Eaton have been added to the list of star athletes for the 2016 New Balance Indoor Grand Prix on Sunday 14 February, organisers for the IAAF World Indoor Tour meeting announced on Wednesday (27).

Suhr, the Olympic pole vault champion, will be competing at the Reggie Lewis Center for the 14th time in her career, where in 2005 she won the first of her 16 national titles.

The world indoor record-holder with 5.02m to her name from 2013, the 33-year-old Suhr has this season jumped a world-leading 4.91m, which she cleared in Ohio.

Other names announced on Wednesday include New Zealand’s 2008 Olympic 1500m silver medallist Nick Willis, who will be seeking his third consecutive Boston victory in the mile, and his fifth in total.

Jenna Prandini, 23, will also compete in Boston next month. She is the 2015 US 200m champion and went on to win a silver medal in Beijing as a member of the USA 4x100m team. 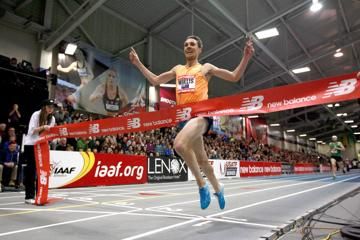 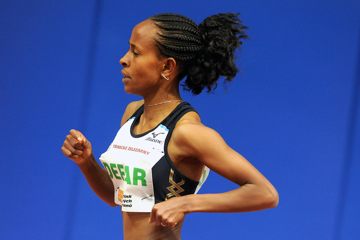