Area in focus: postcards from North America, Central America and the Caribbean

We conclude our Area in Focus series look at North America, the Caribbean and Central America with a selection of images which show how athletes from the area have dealt with the coronavirus pandemic.

For Merritt, Olympic postponement is 'not a dream denied'

Aries Merritt, the 2012 Olympic champion and world record holder in the 110m hurdles, spent part of his lockdown training in Scottsdale and Sedona, Arizona, in the US southwest. "Training during this pandemic has been challenging to say the least," he said. But he also welcomed the postponement of the 2020 Olympic Games.

"A dream deferred is not a dream denied," he wrote in an Instagram post. "Having to wait for a chance to potentially win the Olympics again after adversity is something that I have been pushing for since my kidney transplant. A lot of you know my story and what I have been through, but only a few of you know my day to day routines and struggles. I will be ready no matter how long it takes." 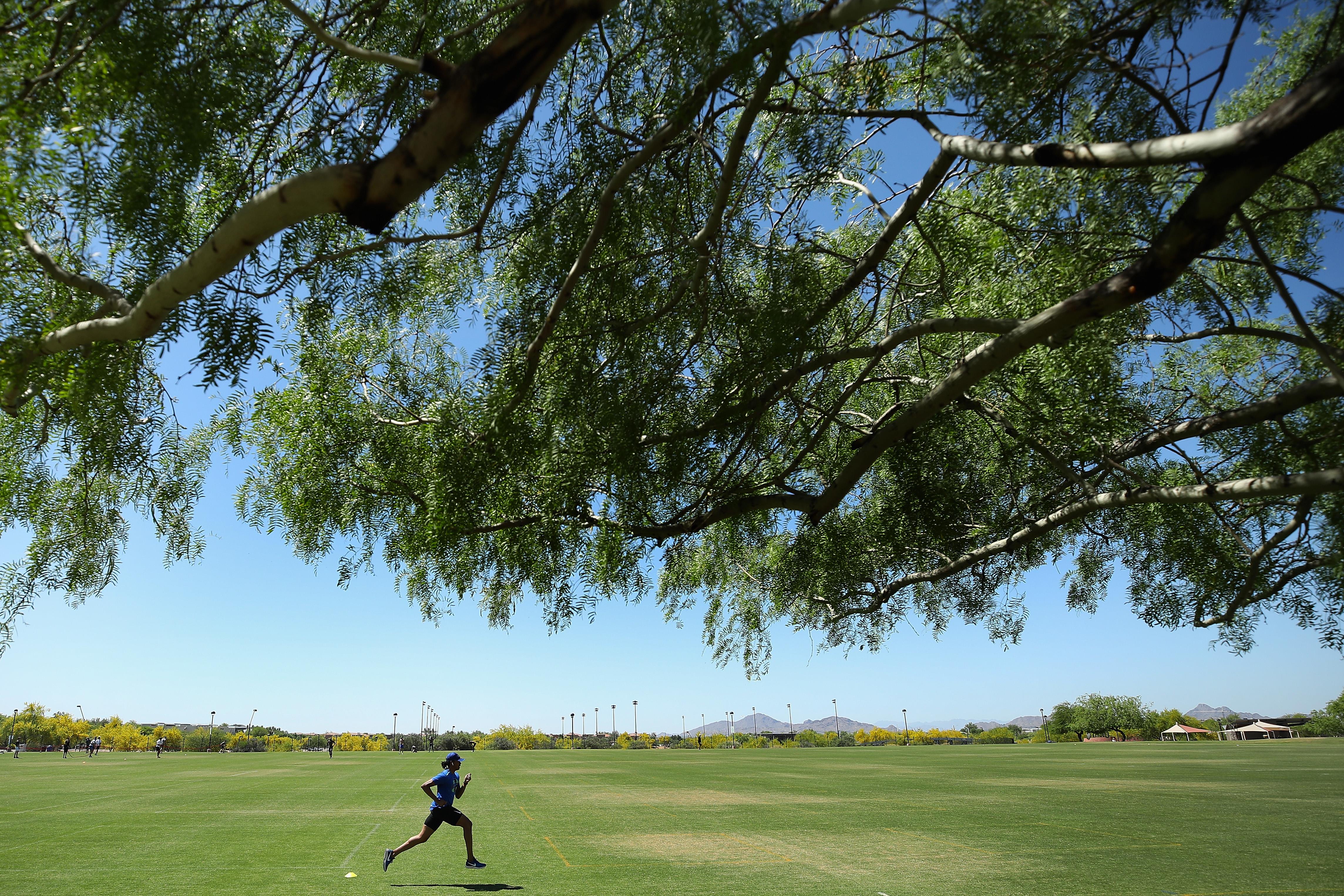 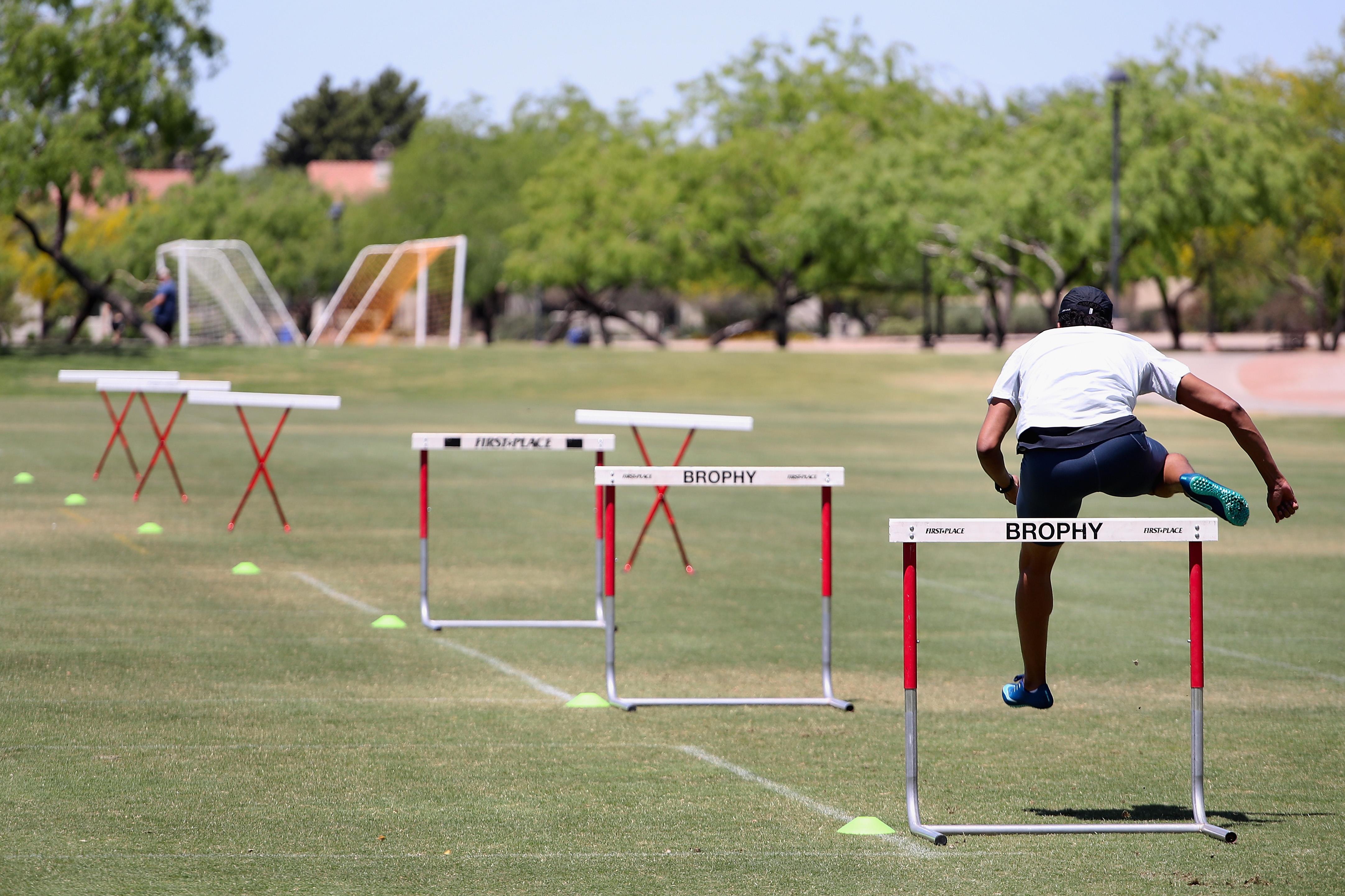 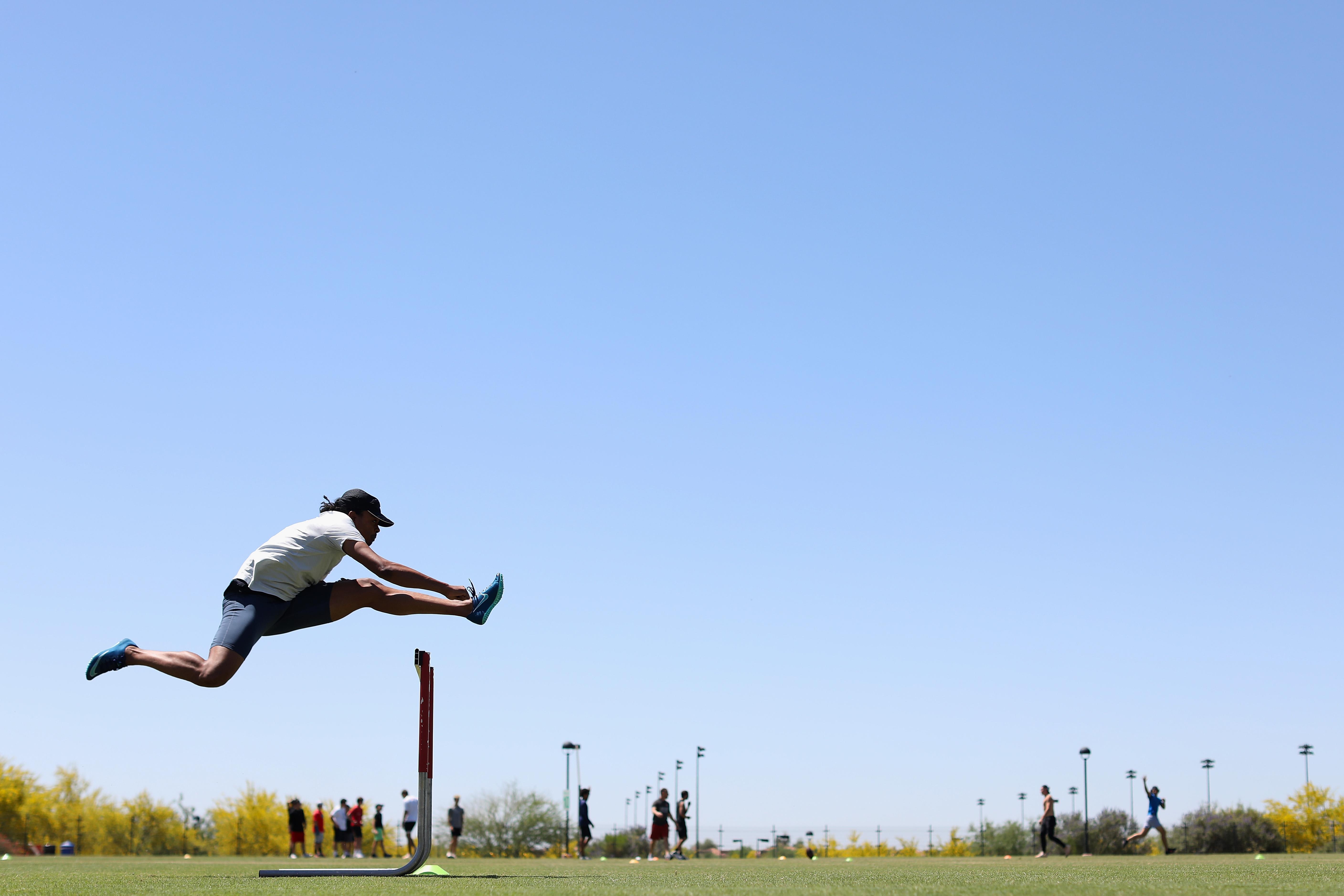 For Akinosun, training and reflection

US sprinter Morolake Akinosun training in Austin and Leander, Texas.

Like many African-American athletes, Akinosun reflected and spoke out during the Black Lives Matter demonstrations that swept the US in June before reaching other parts of the world as well.

"Today would’ve been the start of the US track & field Olympic Trials, my quest to earn another medal(s) & represent the United States of America," Akinosun wrote in a post on Instragram on Juneteenth, or 19 June. 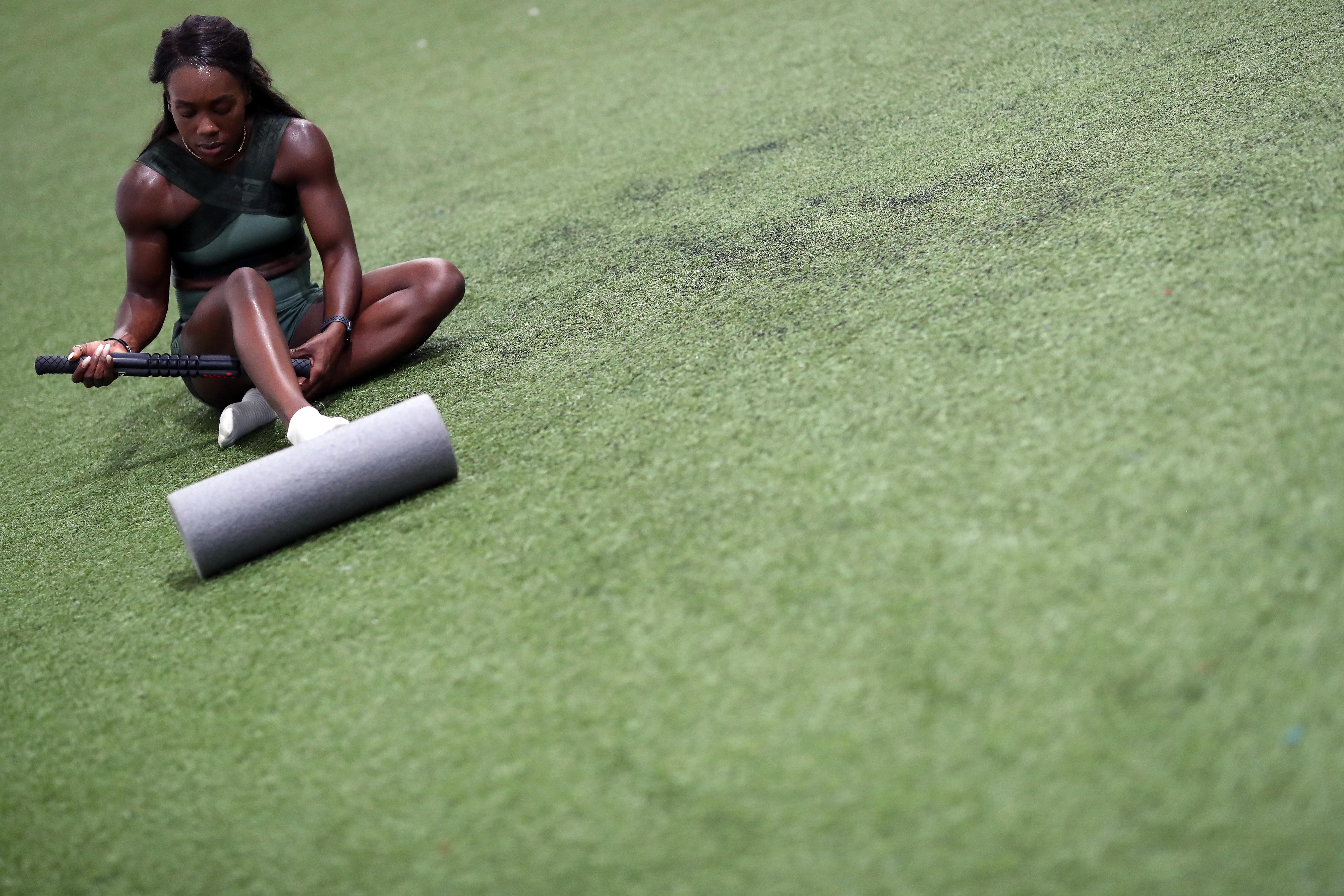 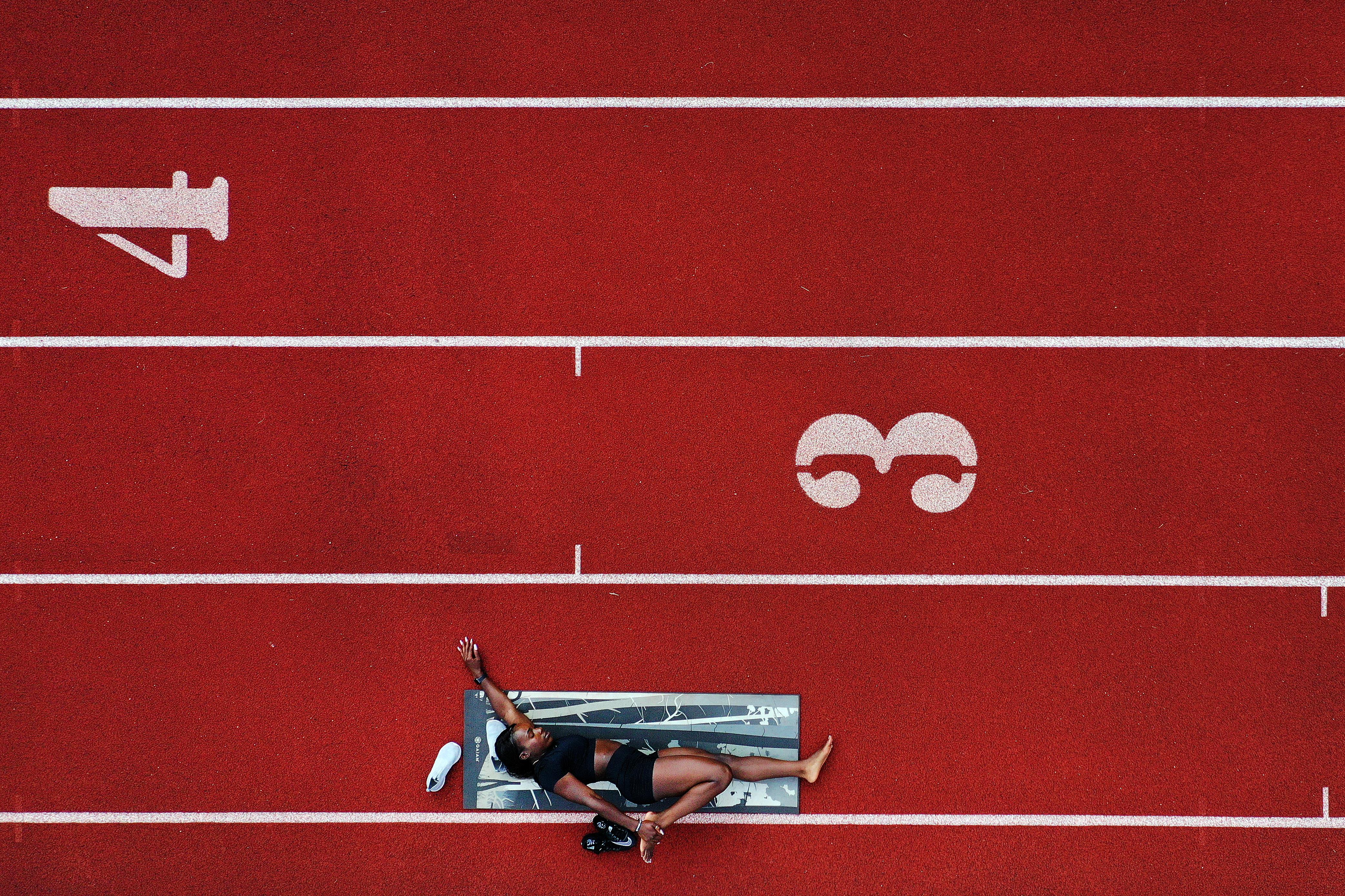 Sometimes we are tested not to show our weaknesses but to discover our strengths. . . . . . . . . #puma#athlete#triplejump#triplejumper#pumawomen#pumaperformance#sportswear#trackandfield#training#fitness#fitgirl#fit#workoutsathome#roadtotokyo#photooftheday

Coburn's lockdown goal: to remain as ready for competition as she can

When the coronavirus pandemic forced the postponement of the Tokyo Olympic Games, Coburn remained upbeat.

"This is out of our control, and I have found peace and clarity in that," Coburn wrote in a guest post for Sports Illustrated. "I have not cried, I have not felt anguish or fear. There is nothing I can do except to be positive, be a responsible citizen, and get my mind right for the long road to Tokyo. I have recently learned that what we expect, what we crave and dream about, isn’t always what we will get, no matter how hard we work and no matter how seemingly unfair something is." 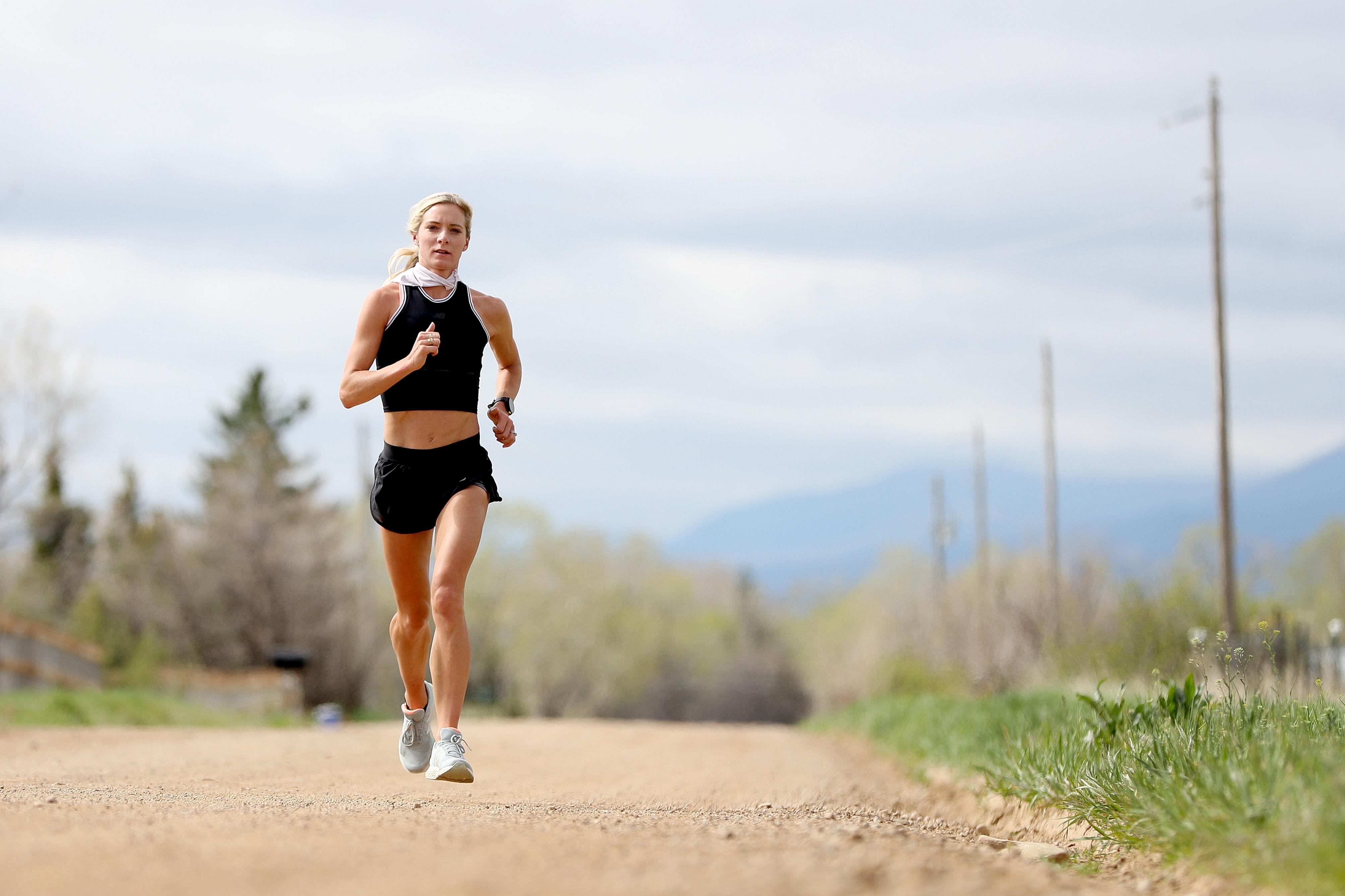 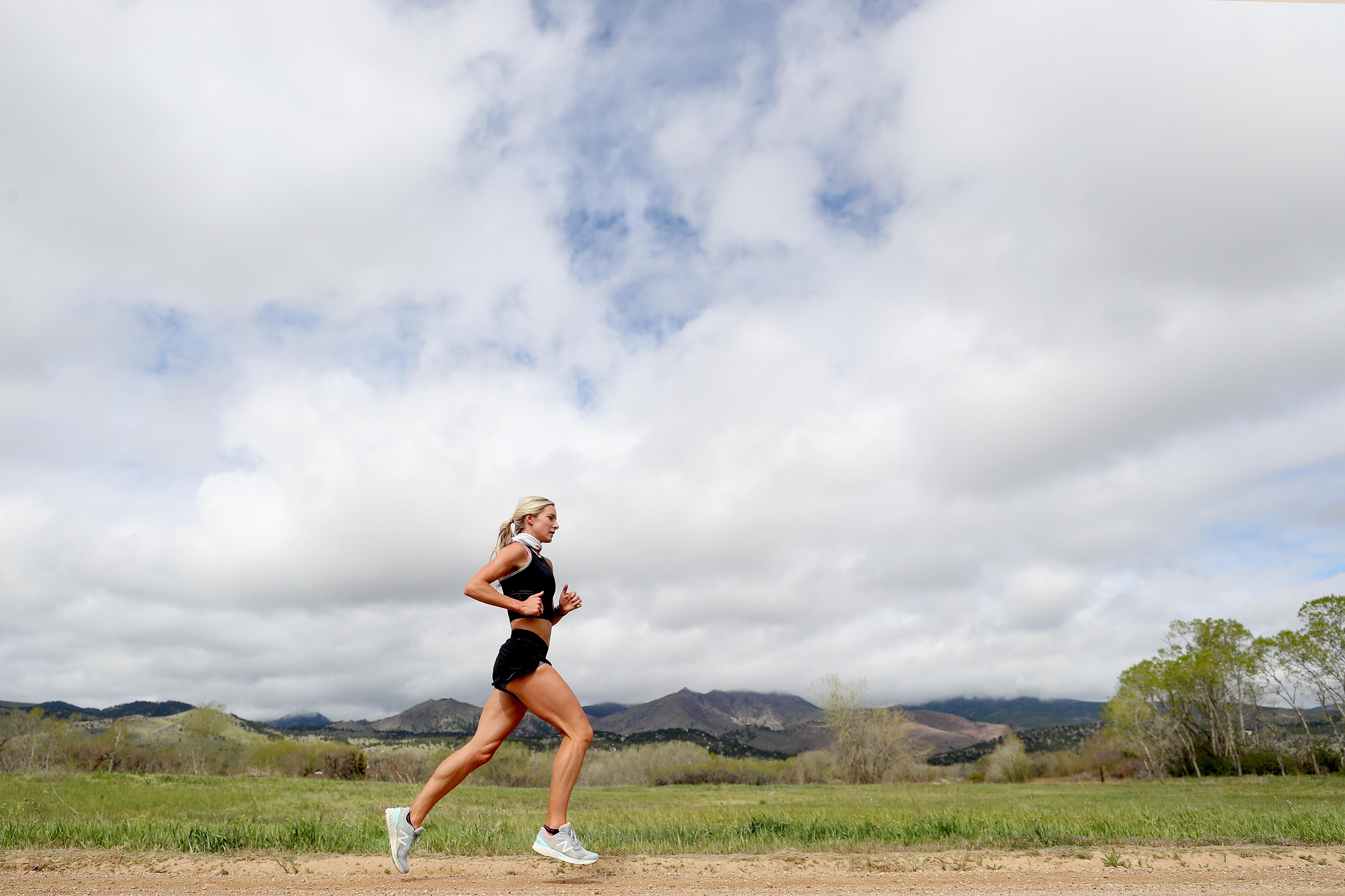 DeBues-Stafford on moving in the wake of the Olympic postponement.

Canadian middle distance runner Gabriela DeBues-Stafford recalls the day she learned of the Olympic postponement - and deciding whether to return to Canada or stay in Glasgow.

Yesterday lasted 48 hours for Rowan and me. 9AM GMT Wake up in Glasgow to learn that Canada has pulled out of the Olympic Games. I joke to Rowan that maybe we should go home now. I've been saying that (but not meaning it) for weeks as the situation in Europe continued to worsen and the fear of being stuck on the other side of a border from our families grew. But, we were still going to stay in Glasgow. Rowan still had his law exams, a job lined up for the summer, and I needed to find a new normal in my training. 9PM GMT The UK announces that it has gone into full lockdown quarantine. I say to Rowan that maybe we should go back to Canada. But it's not really a joke anymore. I text my coach about the news saying, "I don't want to be rash in making a decision, but..." 10PM GMT Rowan and I are booking a set of flights for 6AM the following morning. We begin to pack our most beloved possessions and clean out our kitchen. 3:25AM GMT We finish packing. We sit at our living room table in our home. Our home. Now reduced to 3 checked bags, 1 carry-on, and 2 backpacks in a matter of hours. The place is in a state of relative chaos, but at least we won't get mice while we are away. Who knows when we will be able to get back. The reality of our decision sinks in. Rowan looks at me and says, "It's been a wild ride, but we've had some really good times together in Glasgow." I know we'll probably be back at some point, but in that moment it feels like we might never be back. I start to cry. I feel dramatic and embarrassed. 3:35AM GMT we wait for our taxi outside. The night is still. The streets are empty, save the birds chirping above us. And that one random dude who just passed by on his bike. You go dude. 3:45AM GMT We sit in the cab en route to the airport. I look at our bags sitting in front of us, and start to laugh hysterically. 4AM GMT The Glasgow airport parking lot is empty. Only half of the lights are turned on in the main departure area. About 20 people are waiting as two workers prepare two check-in desks for bag drop. (see last few pictures for full thoughts - thanks for reading)

Mead, a 2016 Olympian and three-time World Championships finalist, came to the US from Somalia 26 years ago, and eventually settled in Minneapolis. George Floyd, whose death triggered this year's Black Lives Matter protests in the US before spreading to other parts of the world, was killed about a mile and ahlaf from where Mead attended high school.

"Watching the video of George Floyd being killed outside Cup Foods in south Minneapolis — which is about a mile and a half from the high school I went to — didn’t shock me," he told Runners World. "If you’re African-American and you come from a neighborhood like that, you see it happen, if not to you and your friends, then to someone from the area. What shocked me was the fact that it got caught on video and the officers didn’t even try to hide or reduce the brutality. It hurts to see someone taking their last breath on video, but it’s not the first time we’ve seen an image or a video of a black person becoming the victim of law enforcement. As sad as it was, it didn’t change what I already knew about the city I grew up in.

I was more shocked by Ahmaud Arbery’s death in Georgia. It was a daytime lynching. He was running, he had nothing to conceal, and he got shot. That shook me." 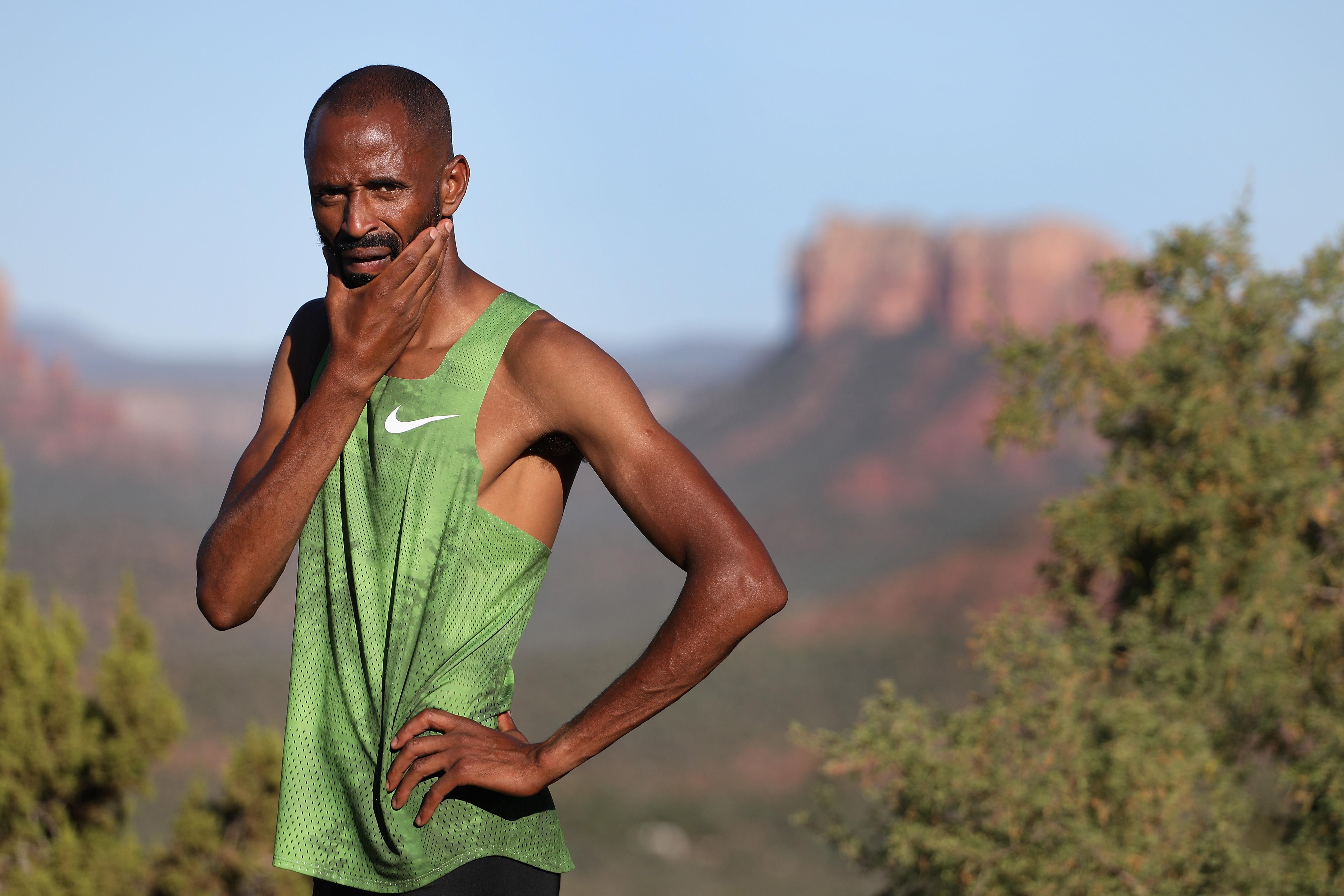 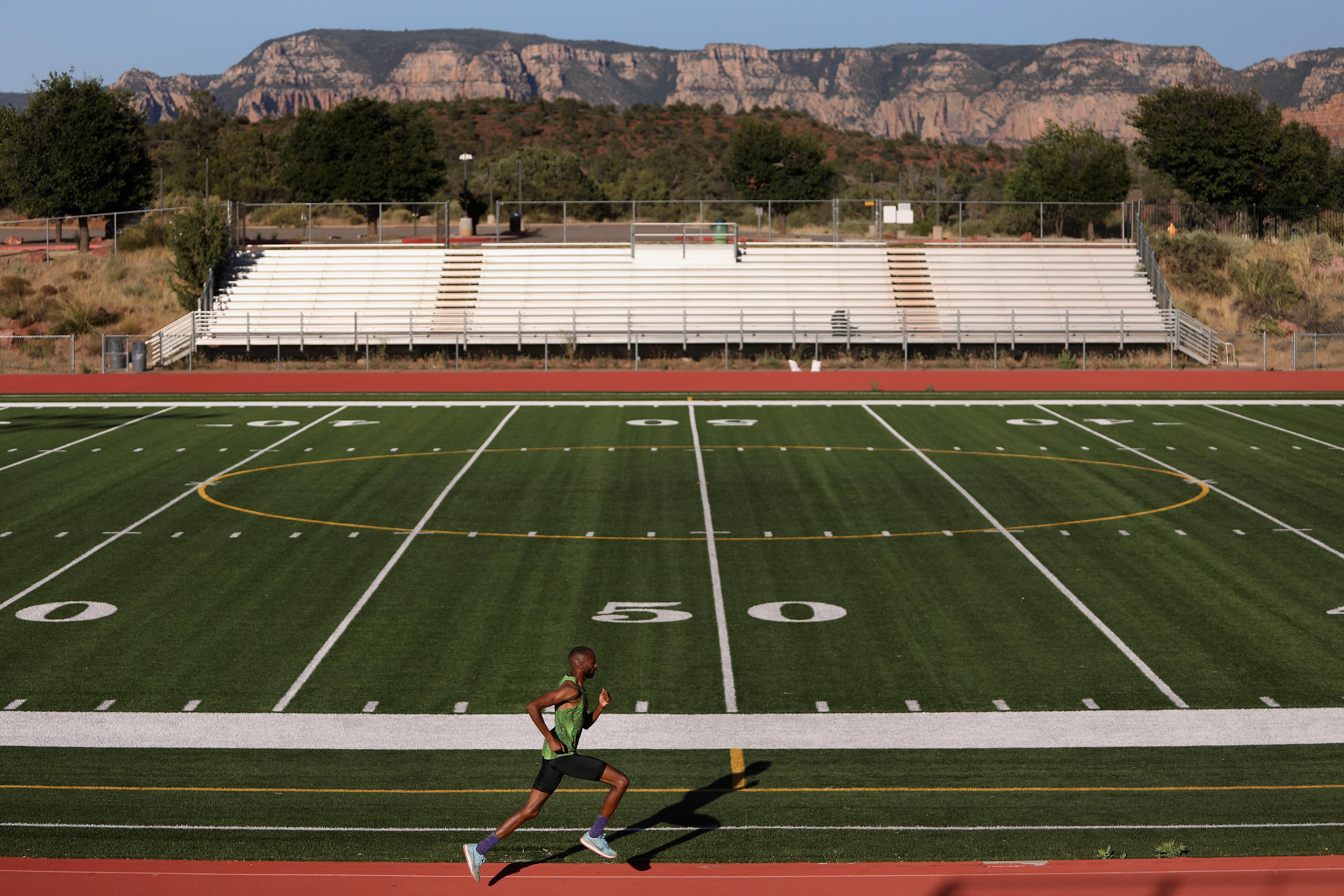 New Normal not a problem for Peters

Anderson Peters, the reigning world champion in the javelin throw, illustrated that there were plently of ways to keep training while under lockdown in Grenada.

Even though we’re not able to train as normal, there’s so much other things that we can do !! Join @adidasrunning athletes in the #hometeam campaign 💪🏿 • • Stay at home Stay safe Wash your hands #hometeam #stayhome #sports #abs#olympics

Wimbley continues her 'Me vs. Me' challenge

US sprinter Shakima Wimbley training in Miami. At top, the 2018 national 400m champion illustrates her "Me vs. Me" challenge. "It's always a win-win," she said. 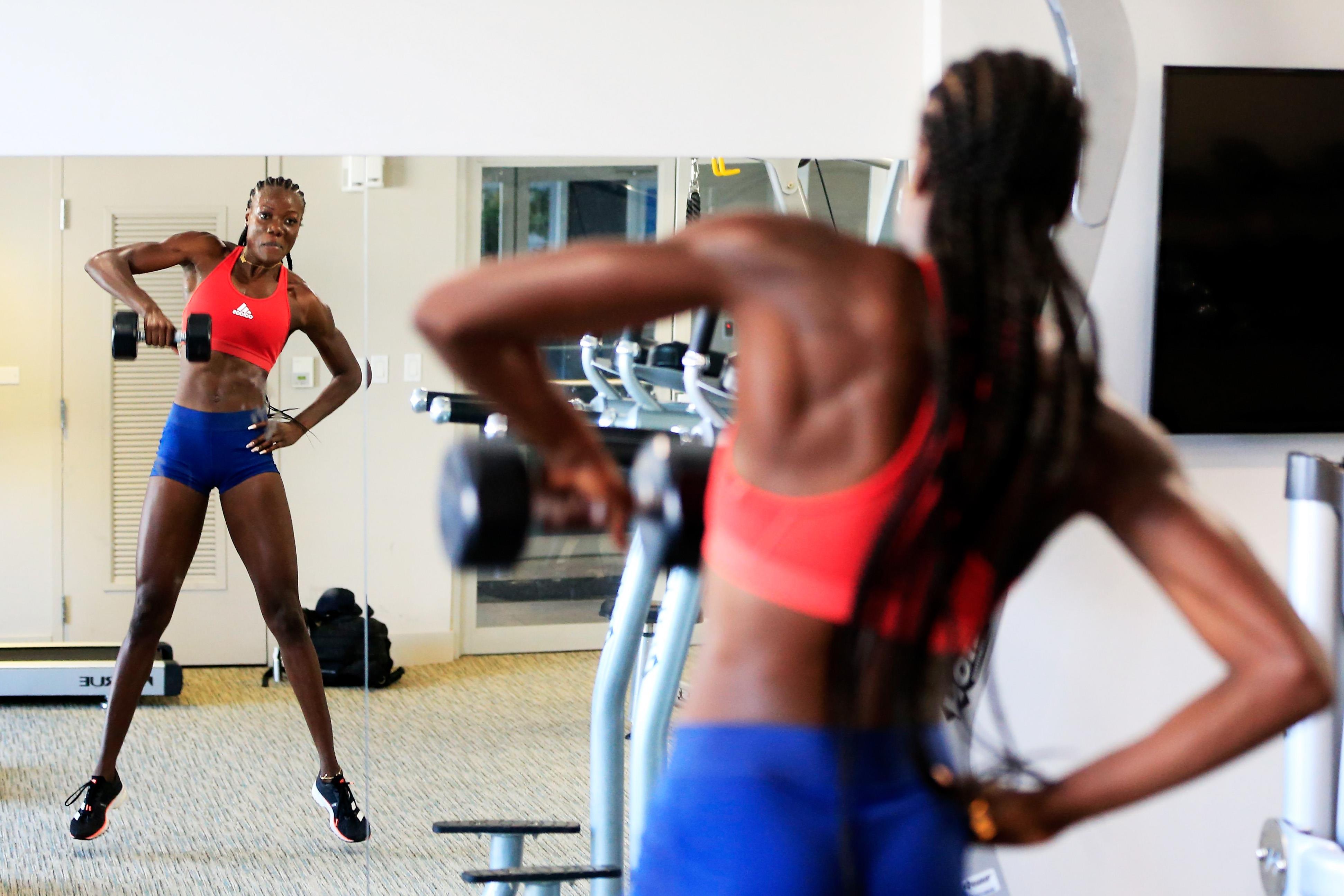 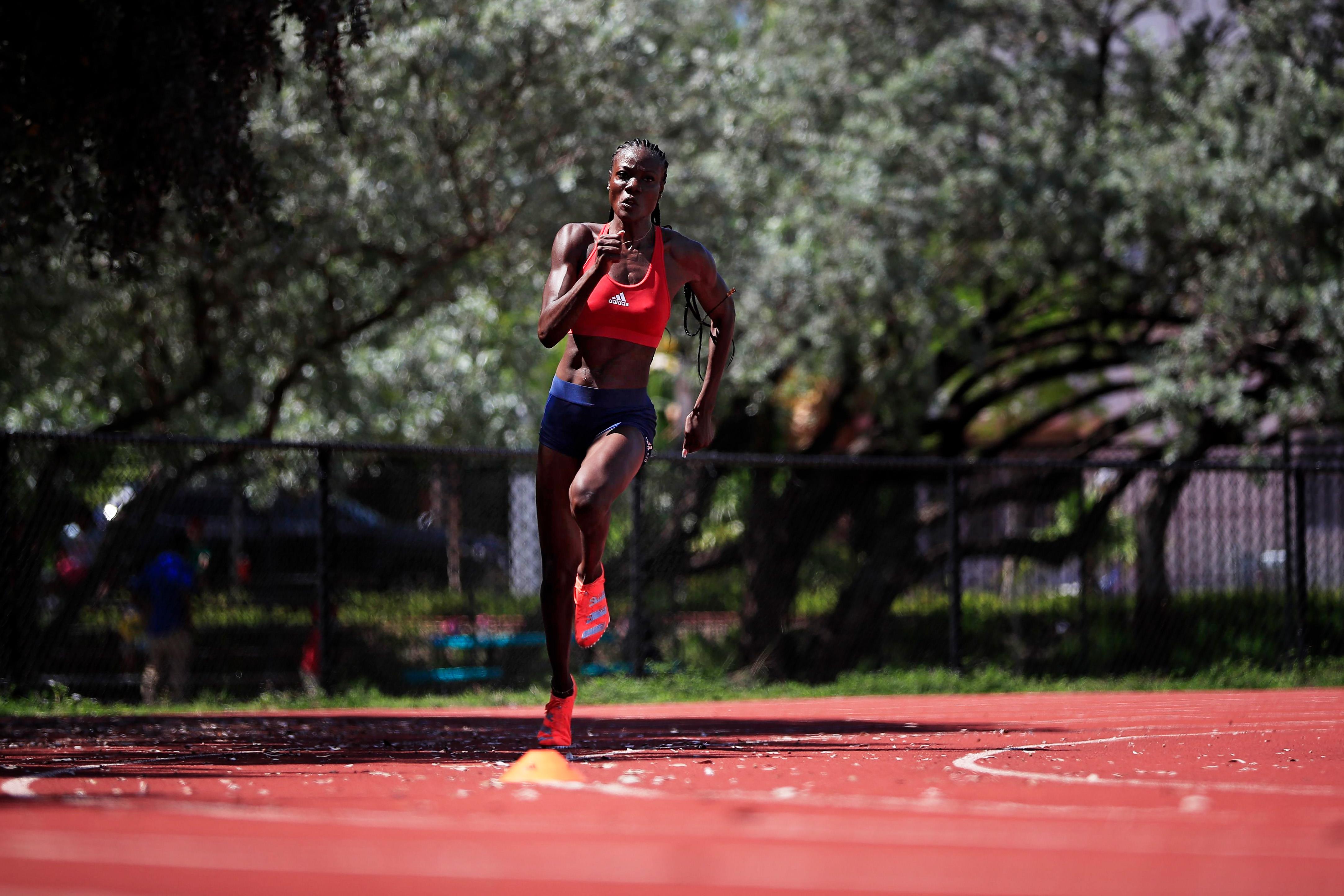 “It’s definitely the smart decision and the best decision for the world,” Schneider told the Portland Press Herald when the Olympic Games were postponed. "I also feel that the Olympics represent something where the world comes together and given what’s going on, it’s probably not best to bring the world together in a physical way.” 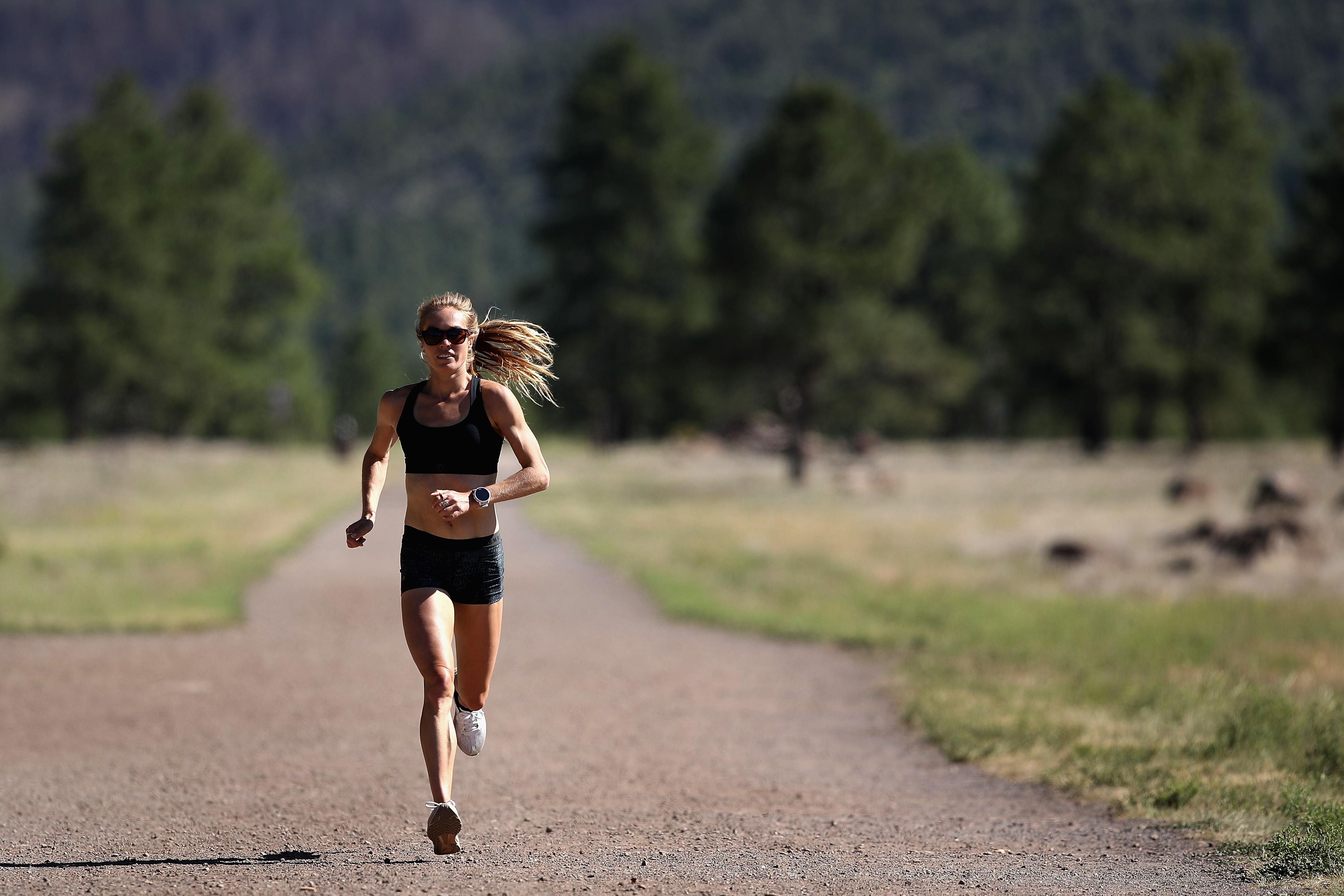 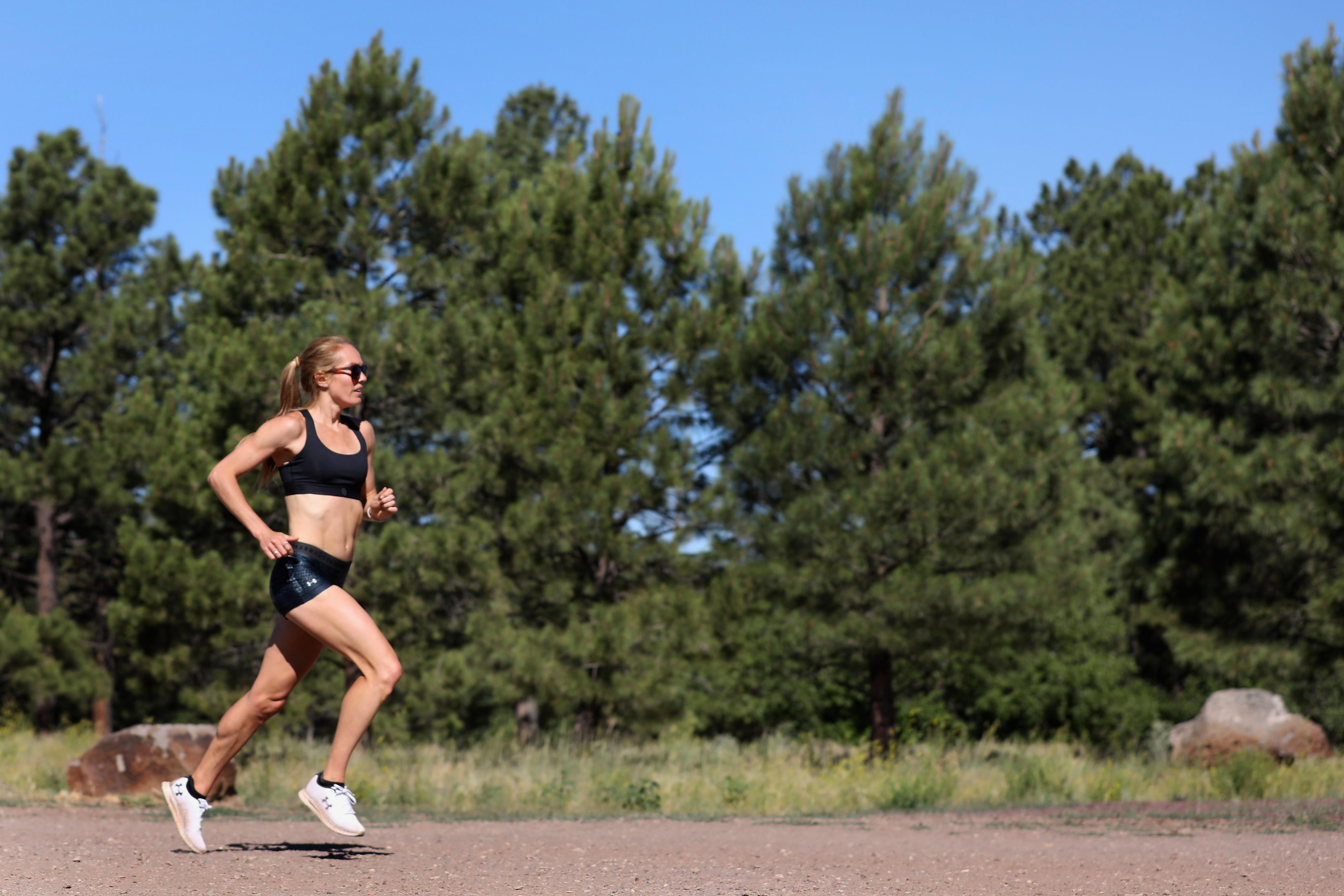 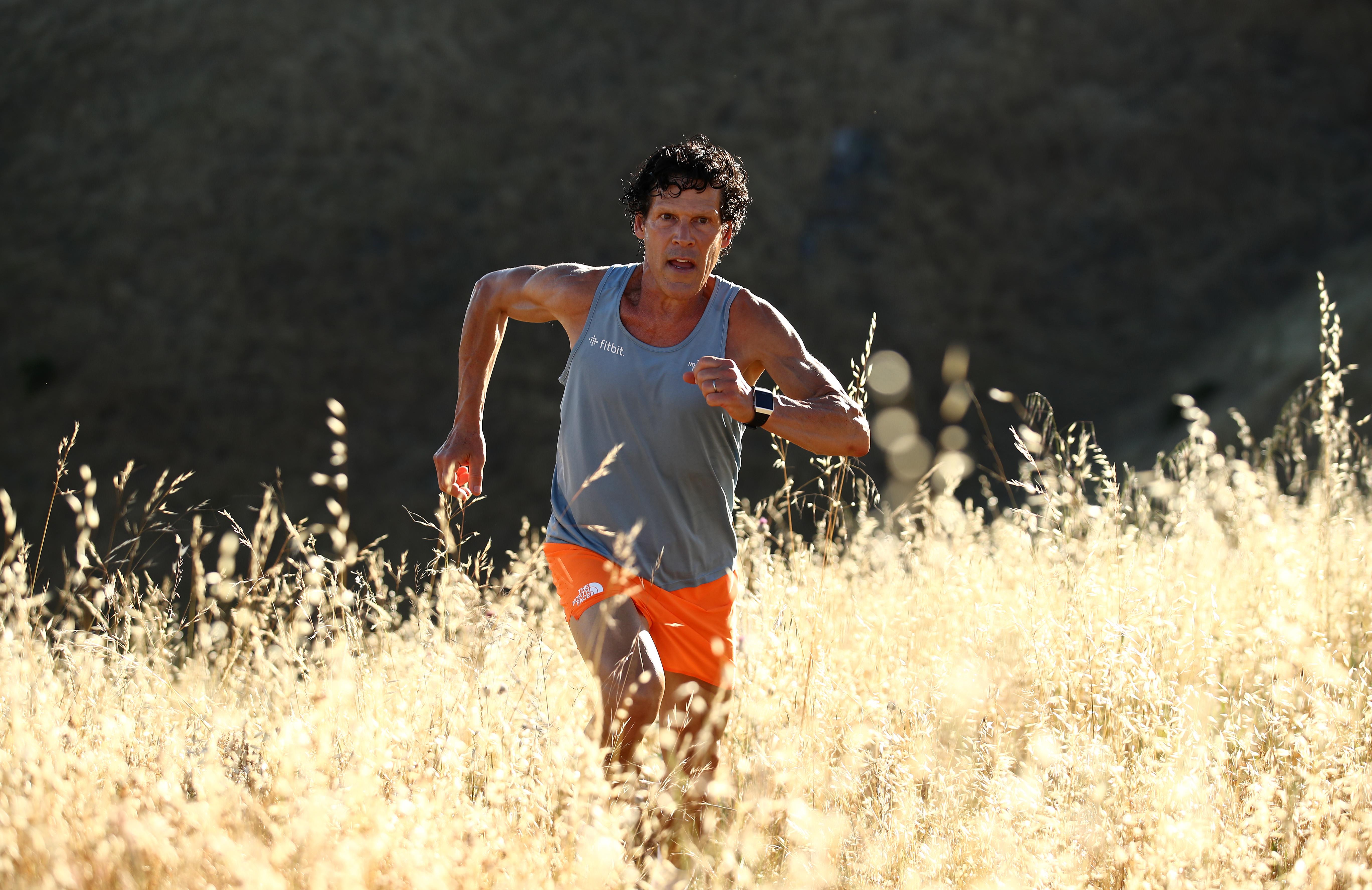 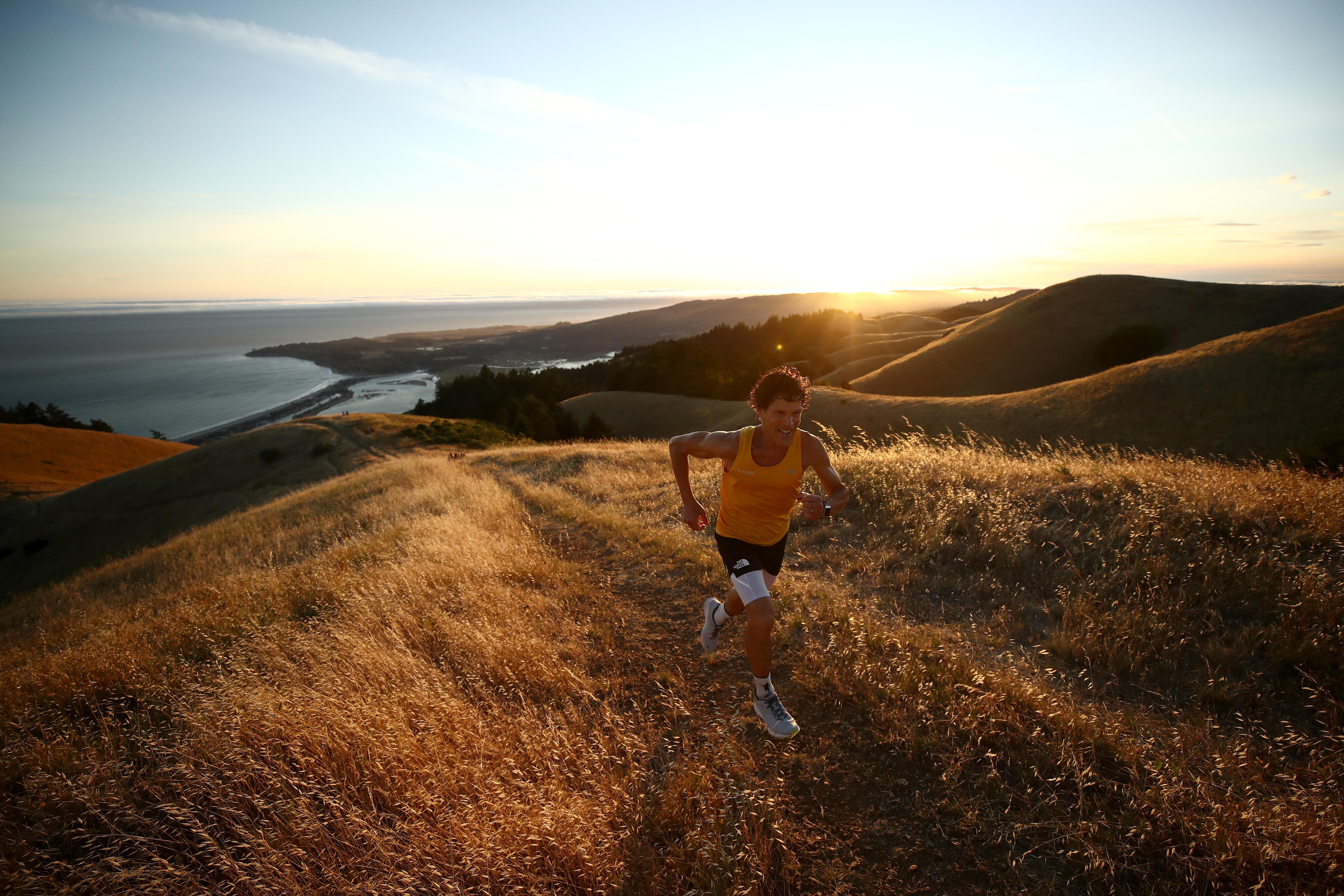