At first glance it looks like just another throw-away comment, the kind made by athletes all over the world immediately after a race – an easy line tailor-made to please the local organisers, the local crowd and the host nation.

But perhaps Kaliese Spencer’s quote after her emphatic 400m hurdles victory at yesterday’s Sainsbury’s Birmingham Grand Prix has more than a ring of truth to it.

“I always like to run here in Birmingham,” said the Jamaican, after notching up her fifth IAAF Diamond League win of the season, a peerless 53.80 run to beat Britain’s newly-crowned European champion Eilidh Child.

“I’m always happy to be in the UK competing. I’ve been winning most of my races so it’s definitely been a good season.”

Indeed it has, for Spencer’s trail of victories goes back to her first hurdles race of the year at the opening IAAF Diamond League meeting in Doha. She was beaten there by Kemi Adekoya, who ran a Bahraini record, but has since chalked up 10 consecutive wins, taking maximum points in Eugene, Rome, Oslo, Monaco and, now, Birmingham.

It’s an impressive string of victories that’s been rather overshadowed by other more notable win-streaks – those of Renaud Lavillenie and Sandra Perkovic, for example, which both came to end in recent weeks, and of course Valerie Adams’s four-year reign over the women’s shot put.

But Spencer deserves her share of the spotlight, for she will go into the final IAAF Diamond League race of the season in Brussels on 5 September with an unassailable 16-point lead, her fourth Diamond trophy in five campaigns virtually guaranteed.

She’s also likely to head to the IAAF Continental Cup in Marrakech next month as one of the strongest favourites of the Americas team, a hot tip to win her first senior outdoor global title.

It would be a fitting end to her 2014 campaign, for in between her dominant IAAF Diamond League performances she has also picked up the Commonwealth Games title in Glasgow last month, again ahead of Child, won a silver medal as part of Jamaica’s 4x400m team at the IAAF World Relays in Nassau, and posted a world-leading time of 53.41 to win the Jamaican Championships in June.

In fact, she’s dipped below 54 seconds in three races, including in Birmingham on Sunday when she made the most of the still conditions to record her second quickest time of the year, the second quickest in the world by any athlete.

But perhaps that’s not surprising, for Spencer really does seem to enjoy competing in the UK. Her Commonwealth Games gold in Glasgow, for example, was her first major championship title as a senior, while her first ever victory on the IAAF Diamond League circuit was also in Birmingham, at the 2010 British Grand Prix.

Britain was also the venue for her personal best, a 52.79 win over fellow Jamaican Melaine Walker at the London Grand Prix at Crystal Palace three years ago, a time which placed her among the world’s all-time top 10 hurdlers, in the company of such luminaries of the punishing discipline as Sally Gunnell, Britain’s former world and Olympic champion and world record breaker, 2011 world champion Lashinda Demus, and 1995 world champion Kim Batten, another former world record-holder.

It also means she’s the second-quickest Jamaican ever behind Walker, the world champion from 2009. Now Spencer is poised to depose her compatriot as the Caribbean country’s No.1 exponent of the event with the Continental Cup a stepping stone towards next year’s World Championships in Beijing.

After seven years on the circuit, Spencer is now a serious contender for global honours, her rise through the ranks steady, rather than meteoric, perhaps explaining her relatively low profile on the world stage. Yet there seems to be something inevitable about it too.

A native of the parish of Westmoreland in Jamaica, she is a child of athletes, taking her speed from her mother, Merfelin, a former 400m runner, and her stamina from her father, Joshua, a middle-distance man.

After starting the sport at a young age, she went to the University of Technology and joined the Maximising Velocity and Power Track Club under the guidance of Stephen Francis, coach to Shelly-Ann Fraser-Pryce, among others.

Her first international success came in 2006 when she won the 400m hurdles title at the IAAF World Junior Championships in Beijing, taking half a second off the area junior record she had set earlier in the season, on British soil no less.

She made her senior debut the following year and reached the semi-finals of the World Championships in Osaka where Jana Rawlinson won her second world title.

A hip injury hampered her progress in 2008 and she missed the Olympics in Beijing, but she was back on an upward trajectory in 2009 when she got to the World Championships final in Berlin, finishing fourth in a personal best of 53.56 as Walker took gold in a championship record.

It was the first of three fourth-place finishes at global championships, the other two coming at the 2011 World Championships in Daegu and the London 2012 Olympic Games where she missed a medal by three tenths of a second as Natalya Antyukh clinched the crown.

One consolation, perhaps, for the woman nicknamed ‘Becky’, came when she was chosen that year as Jamaica’s sexiest female athlete by readers of the Jamaica Star.

Looks are no guarantee of success on the track, of course, and 2013 turned out to be more difficult for Spencer who, despite running a personal best for 400m, struggled to make an impact over the hurdles and was disqualified after winning her heat at the Moscow World Championships.

Meanwhile, Czech hurdler Zuzana Hejnova took all before her, winning the world title and becoming the first 400m hurdler other than Spencer to claim the Diamond Race spoils.

A year on, their roles are in reverse, Hejnova now in recovery mode with Spencer on the verge of reclaiming the Diamond trophy before she moves on to Marrakech for the season’s finale.

No doubt, the quote takers there will be poised for post-race comments, just as they were in Birmingham. Perhaps she’ll tell them she loves competing in Morocco. Perhaps she’ll mean that too.

BACK
Pages related to this articleAthletes
Kaliese Spencer

Spencer marks her territory in Rome as No.1 o... 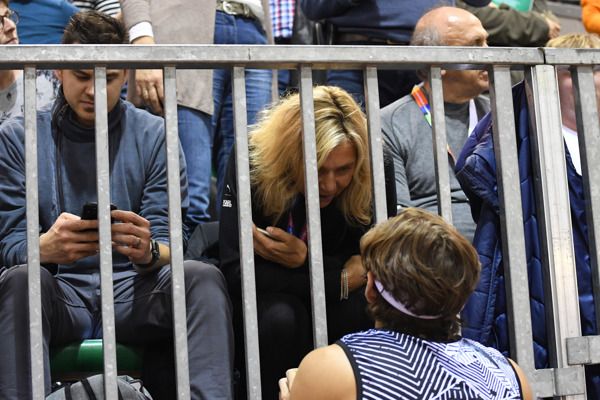