Mokoka and Kebede close to course records in Shanghai

South Africa’s Stephen Mokoka and Ethiopia’s Aberu Kebede gave the course records a scare at the 14th edition of the Shanghai International Marathon but ultimately both marks, set 12 months ago, remained unbeaten at the IAAF Gold Label Road Race on Sunday (1).

Last year, the women’s race was a fast one with Ethiopia’s Faysa Tadesse winning in 2:23:07 and two other women under 2:25. Even if this year’s race didn’t quite have the same times to its credit, it was nevertheless a top quality affair.

Ethiopia’s 24-year-old Aberu Kebede, who won the 2012 Berlin Marathon in a 2:20:30 personal best and had another great 2:20:33 performance in Dubai 2012, fulfilled her role as favourite and bounced back from a disappointing outing at the IAAF World Championships in Moscow, where she finished only in 13th, by winning in season’s best of 2:23:27 and she missed her compatriot’s course record by only by 21 seconds.

Two more Ethiopians followed Kebede home, albeit at a distance, with 21-year-old Merima Mohammed Hasen finishing her third Marathon of the season in 2:26:30 for second place, following two faster races in Paris (2:23:14) and a victorious Houston Marathon outing (2:23:37) in the first half of this year.

Ashu Kasim, second behind Tadese in 2012, completed the clean sweep for Ethiopia in 2013 when she finished third in a 2:26:34 season’s best.

In the men’s race, there were a number of athletes with considerably faster personal bests than Mokoka, but most of them were several years ago. The South African also had the experience of finishing in a high position at the two immediate previous Marathons in Shanghai, finishing second in 2011 in 2:10:29 and fourth in 2:09:43 last year, as well as having posted some good results on the roads over shorter distances in recent months.

The 28-year-old, running his first Marathon of 2013, won his first race over the classic distance in 2:09:30, finishing just 29 seconds short of the 2:09:01 course record set by Kenya’s Sylvester Teimet last year.

In a close race, where the first six athletes dipped under 2:10, Eritrea’s Beraki Beyene was the best in a thrilling finish over the final few hundred metres where the five athletes in places two to six came home in the space of 10 seconds.

Bayene, now 33, clocked 2:09:46 for a season’s best and was just 47 seconds outside his best, which was set at another Chinese event, the Hengshui Lake International Marathon, in September last year.

Last year’s runner-up, Ethiopia’s Teferi Kebede, was this year fourth in a 2:09:52 season’s best while the Kenyan pair of Samuel Ndungu and Michael Chege were fifth and sixth in 2:09:53 and 2:09:56 respectively.

The six runners were on their own from 32km before Mokoka broke away in the last two kilometres.

BACK
Pages related to this articleAthletes
Ashu Kasim 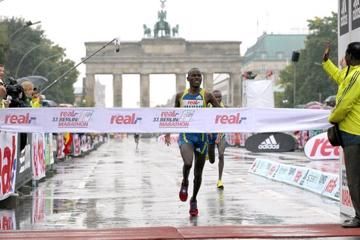 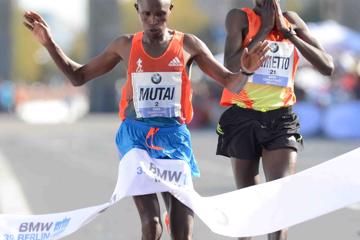 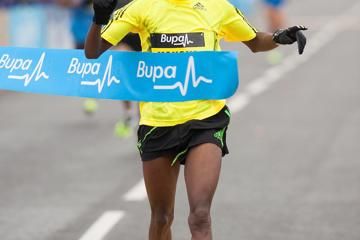