It was back in 1985 when a runner from Great Britain crossed the line in South Shields first, when Steve Kenyon ran 1:02:44, a modest time by today’s standards. At that time, Mo Farah was just over two years old.

Now the double Olympic, world and European champion carries the hopes of delivering a home victory in Britain’s biggest road race in what will be his final race this season.

“I like running the half marathon,” said Farah. “My first was in New York in 2011, which I won. I enjoyed running my first Bupa Great North Run last year. It was a great race between Kenenisa Bekele, Haile Gebrselassie and myself, but I just didn’t have quite enough."

Last year, Farah was narrowly beaten by Bekele in a tremendous finish in South Shields. “This time I want to win it. This is a big race and it would be nice to have a win in it. It will be my last race before I start getting ready for next year.”

This time, there is no Kenenisa for Farah to beat. However, there is another Bekele among his rivals, Kenenisa’s younger brother Tariku.

The Ethiopian has not much experience in half marathon running yet and his best is 1:02:59.

His spring marathon did not go too well for the 25-year-old. In London he finished 12th, four places behind Farah, but in the past two years he was the world’s No.1 at this time of the year in the marathon.

Two Kenyans could also become strong rivals for Mo Farah: Mike Kigen is the only runner on the start list with a personal best faster than 60 minutes. He ran 59:58 in New Delhi in 2011. More recently he was third in the Paris Half Marathon this April with 1:00:44.

Mark Kiptoo has run 1:00:29 in 2011 but it was a just a year ago when the 38-year-old showed a superb performance in Frankfurt Marathon. In bad weather conditions he took second in 2:06:16, crossing the line just a second behind winner Vincent Kipruto.

“Obviously we hope for a British winner on Sunday, but I expect a strong challenge from Kiprotich and Bekele,” said Spencer Barden, who is in charge of the elite fields in the Great North Run.

He also points out that in Andy Vernon there is a second strong British athlete in the race. Vernon took silver in the 10,000m and bronze in the 5000m at the European Championships last month.

“My half marathon record (1:04:43) is not very good," said Vernon. "It’s probably the worst PB I have got. It definitely needs some revising."

Two years ago, Tirunesh Dibaba ran a fantastic half marathon debut in the Great North Run. Clocking 1:07:35, she won the race with one of the fastest debut times ever.

Asked about her next goal in the half marathon, at the time Dibaba answered that she would like to attack the world record. She has not broken that mark so far, which has in the meantime improved to 1:05:12 thanks to Florence Kiplagat’s efforts in Barcelona earlier this year, but Dibaba has only raced the distance in the Great North Run, which is a point-to-point course and not eligible for records anyway.

Last year, Dibaba was in a thrilling head to head with her great rival and compariot Meseret Defar although it was Priscah Jeptoo who crossed the line first. Neither of the two women who finished in front of her in 2013 are in this year’s race but Dibaba is still part of another extraordinarily deep field on Tyneside.

Kenya’s Mary Keitany will run her second race on Sunday after giving birth to her second child. Before her pregnancy break, the Kenyan was the world half marathon record-holder with a time of 1:05:50. Coming back strongly in May, Keitany won the 10km in Ottawa with 31:22.

“I hope for an exciting race with Tirunesh, Mary and Edna,” said Spencer Barden. “We will have no pacemakers, so I expect a more tactical race, but you never know.”

A record number of 57,000 entries have been accepted for the half marathon from Newcastle to South Shields. Organisers will also welcome the millionth finisher during Sunday’s 34th edition of what is now one of the world’s leading road races. 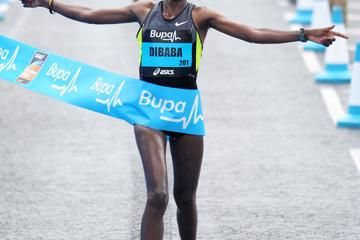 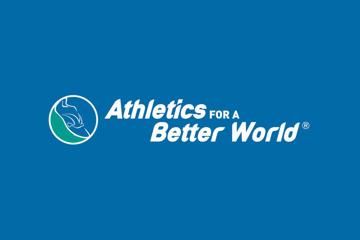