Just a few hours after Yulimar Rojas threatened the world triple jump record in Andujar, the USA’s Olympic champion Ryan Crouser also went close to the global mark in his event, launching the shot put 23.01m at the USATF Throws Festival in Tucson, Arizona, on Saturday (22).

Just 11cm shy of Randy Barnes’ world record set in May 1990, Crouser’s fifth round throw at the World Athletics Continental Tour Silver meeting moves him to sole third on the world all-time list and it is the fourth-best mark in history behind Barnes’ 23.12m and 23.10m achieved 31 years ago and Ulf Timmermann’s 23.06m, also set in May, in 1988.

Competing against his fellow 2019 world medallists for the first time since the final in Doha, Crouser – the runner-up there – threw almost a metre further than the USA’s world champion Joe Kovacs in Tucson, with Kovacs finishing second with 22.04m and New Zealand’s Tom Walsh fourth with 21.62m. Separating the three 2019 world medallists was the USA’s world fifth-placer Darrell Hill with 21.88m.

It comes after the 28-year-old broke the world indoor record with 22.82m in Fayetteville in January.

After starting the year with a discus PB of 61.33m, Jorinde van Klinken improved to 62.58m and 65.94m earlier this month before adding another four metres to that with a world-leading 70.22 in Tucson.

Rudy Winkler won the men’s hammer with the second best throw of his career, 81.44m. Battling for the runner-up spot were Sean Donnelly and Daniel Haugh, with respective marks of 79.27m and 79.03m.

The top two both went beyond 76 metres in the women’s competition, with Gwen Berry on top thanks to her 76.79m fourth-round effort. Brooke Andersen threw 76.36m, also in the fourth round, while DeAnna Price was third with 75.88m, Janee' Kassanavoid fourth with 75.50m and Nigeria’s Annette Echikunwoke fifth with an African record of 75.49m.

Over in the women’s high jump, the USA’s 2016 world indoor champion Vashti Cunningham soared over 1.99m to win ahead of Jelena Rowe with 1.96m, while Shelby McEwen set a PB of 2.33m to triumph in the men’s event.

Alex Rose improved his Samoan record to 67.48m to win the men’s discus ahead of Jamaica’s world silver medallist Fedrick Dacres with 65.20m, while Jessica Woodard won the women’s shot put with 18.85m.

The javelin competitions were won by Maggie Malone with 63.81m and Curtis Thompson with 81.44m. 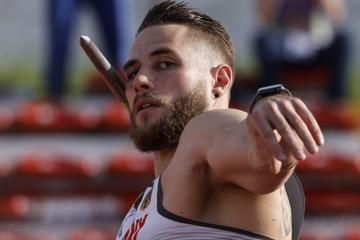 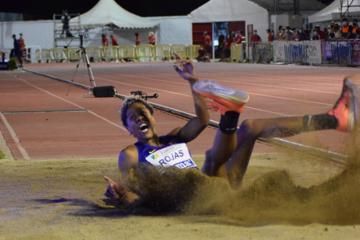