Johannes Vetter's story behind the picture

Today we kick off another 2018 series, ‘Story behind the picture’, in which athletes and others in the sport share the story behind an iconic photograph.

We begin with this image of Johannes Vetter as he celebrates his success moments after winning men’s javelin gold at the IAAF World Championships London 2017.

"Of course, I was happy to celebrate my first world title but this outpouring of emotion in this image was a mixture of relief and satisfaction due to several factors.

“In the countdown to the event I was in the best form of my life. I am very fortunate to be coached by Boris Obergföll, who has guided me so well for the past three years, and In the middle of the season I made an adjustment to my javelin footwear, which I felt contributed to big improvements in my technique. In Lucerne, I hurled the javelin out to a massive new personal best of 94.44m (to climb to number two on the all-time lists) and this gave me real confidence and belief. I felt technically I was in rock solid shape going into London.

“Another side to my improved form was a heightened sense of expectations. Germany went into the men’s javelin final at the 2017 IAAF World Championships sitting 1-2-3 in the world lists (along with Thomas Rohler and Andreas Hofmann). We faced a lot of media pressure plus a lot of expectation from our national federation.

“Fortunately, I managed to handle this pressure. I did very well in qualification to be ranked number one with 91.20m and then to edge a close final (only 1.63m separated the first four) with a best of 89.89m from round one was part of the relief I felt in the picture.

“Another element to my story is I picked up an injury about a week or so before the London World Championships. It was a spinal disc injury, which was causing pain and stiffness in my right shoulder. I was very concerned but I have a very good medical team around me. My osteopath treated me for three full days and on the Monday morning – three days before qualification – I knew I’d be fit to compete and go for gold.

“I also had another serious personal matter in the background as my mother, Kerstin, underwent an operation on a brain tumour about a week before the World Championships. She was really ill and this was a really difficult situation for me personally, however, I used this as additional motivation to perform well in London.

“After the competition, I phoned my mum who said she was so happy and also feeling well. This was a huge moment for me and was part of the reason I was so elated to win the gold medal in London.” 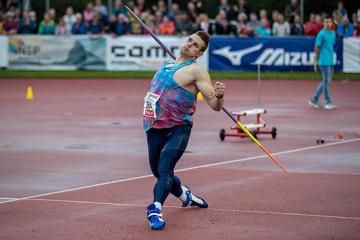 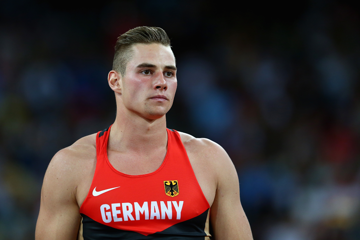