Olympic 100m hurdles champion and 2013 world champion Brianna Rollins is a global superstar in her event. But, as the US sprint hurdler explains, it was only as recently as 2012 when she acknowledged she had the ability to compete at the highest level.

“Looking back, competing and finishing sixth at the 2012 US Olympic Trials was crucial for me. That was the moment I realised I had the potential to be a professional athlete.

“Up until that point, I had struggled with my fair of share of injuries. In my junior high school year, I suffered a serious injury when I tore a muscle from my hip off the bone. Meanwhile, at college I continued to struggle with injury. In 2010 I picked up a stress fracture on the left side of my lower back after the indoor season, which ruled me out for the rest of the year. Then the next season I pretty much picked up the same injury on the opposite side. On this occasion, we caught the injury a little earlier – it was only a stress reaction – but it ruled me out for much of the collegiate season.

“For a while because of all the injuries I became discouraged and I wondered why these things kept happening to me. But it prompted me to make sure I took better care of my body. If something was bothering me, I was diligent about going to the physio room. And I made sure I did everything from stretching to ice baths to help avoid further serious injury.

“With a much better pre-hab plan in place, in 2012 I finally enjoyed an injury-free season. I ran a number of PBs both indoors and out and I was delighted to make the Olympic Trials.

“I was very excited to win my heat in 12.88 and then in the semi-finals I remember pushing the reigning Olympic champion at the time – Dawn Harper Nelson – close, setting a PB of 12.70.

“I immediately became excited (with the performance), and I then went on to place sixth in the final.

“I was simply delighted to finish and complete by first full collegiate season. I understood that it was not my time yet; if it was meant for me to make the (Olympic) team, then it would have happened. But I was hopeful and more encouraged than ever and it gave me a huge amount of confidence.

“Up until that point, I was getting away with not completing workouts but still winning and being the best on the team, so I didn’t push myself further. But after the 2012 US Olympic Trials I realised I could make a serious career out of track and compete with the top women. It was at this point I changed my mind-set and my performances definitely improved.”

BACK
Pages related to this articleAthletes
Brianna MCNEAL

That moment when… Van Niekerk realised his po... 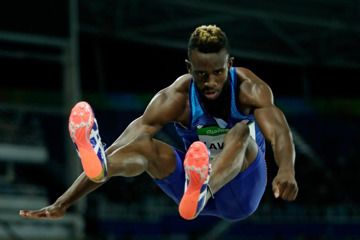 That moment when... Lawson smashed his PB 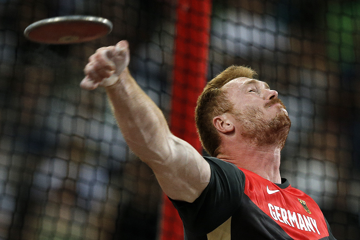 That moment when… Harting achieved his Olympi...