Blessing Okagbare is among the world’s finest sprinter/long jumpers. The Nigerian took the long jump silver and 200m bronze medals at the IAAF World Championships Moscow 2013 and will be looking to add to her medal collection at the Rio 2016 Olympic Games this summer.

She shares some of her first memories on a range of topics.

I was tomboy when I was younger and I used to play football on the streets with the guys. I later played for fun for my high school. I did enjoy playing the game, but I got scared. I was really fast when I had the ball but people would use me as a target and start kicking me. That was the moment I thought, 'I’m not sure if I want to do this'.

His name is Daniel. He started coaching me when I was 14 or 15. He was very inspirational. He was the one who first told me to think about whether I was prepared to do the practise if I wanted to reach the top. He was a little tough.

Some of the first races I remember were on the street, competing against and beating the guys. My first organised race came after my sister told a PE teacher that I could ‘really run’; that teacher then paid for me to go to my first race. I blew everyone away over 100m on a grass field and that’s how it started.

It was to China for the 2006 World Junior Championships. I remember I was so excited to get on a plane, but I was more preoccupied at looking at everything on the flight and taking everything in rather than looking after myself and preparing for a big competition. I got a cold on the flight and became quite sick. I didn’t do well in China and I didn’t make the final of the long jump or triple jump.

My first medal came at the 2007 African Games which took place in Algeria. I was still young and learning. I was a little kid back then and very naive. Yet I had fun in the competition and ended up doing pretty well. I finished fourth in the triple jump and won a silver medal in the long jump.

First food I learned to cook

Banga soup. I was pretty young at the time living with my grandma and she taught me how to make the soup out of fresh palm nut.

I remember aged 14 or 15 I was really skinny and after putting on skinny jeans at the time, my sisters couldn’t stop laughing. I thought I looked good, but it took me a few years to start wearing jeans again.

I bought a two-year-old Lexus in 2010. It has been a highly reliable car and I still have it.

I can’t recall the very first one, but if I buy any record it is usually a gospel CD. I love music and gospel music really inspires me.

I’ve never had one. I’m always on the road so if I have a pet he or she is going to suffer. If I did have a pet, it would be a parrot.

I competed at a local high school sport event in the long jump and high jump, and the local newspaper interviewed me. I was really shy and I didn’t really know what to say other than I’m really happy I won. I used to buy all the newspapers I appeared in and kept them. Sometimes today I read them as a reminder to see how far I've come. It helps me stay focused.

It was around the time I was finishing college and someone asked me to go out for an ice cream. I had a little crush on him at the time. My sisters would not let me go but I slipped out. From there I went and I had an ice cream with him. 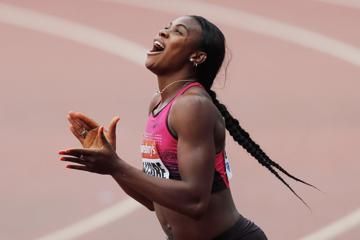 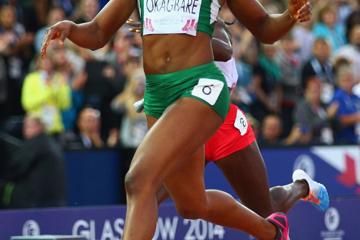 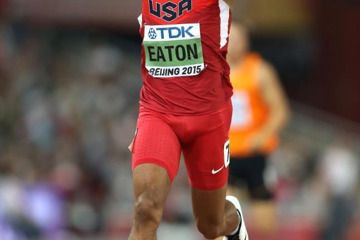 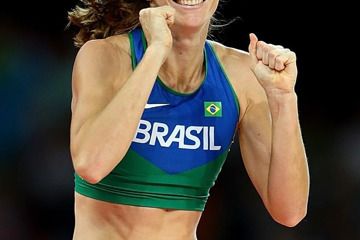