Since 2016, Katerina Stefanidi hasn't lost a major outdoor title competition: the Olympic title in Rio that year, European crowns in 2016 and 2018, and the world title in London two years ago. With that kind of recent big meet record, would you bet against the 29-year-old Greek star to successfully defend her title in Doha?

Stefanidi has won six of her 13 outdoor competitions this year, a solid record given the number of times she and the event's other leading stars compete against one another. She has topped a season's best 4.83m twice, most recently in Brussels where she collected her fourth Diamond Trophy after four successive first-attempt clearances to seal the win. She'll be ready and difficult to topple.

Three women in the field have soared higher this year, a list headed by world leader and 2012 Olympic champion Jenn Suhr who topped 4.91m to set the tone for the season at the Texas Relays back on 30 March. But the closest she's come since was in Beckum, Germany, on 8 September where she cleared 4.75m. A member of exclusive five-metre club, a world title has eluded Suhr who, at 37, appears to be running out of time. Given the depth of the current crop of vaulters, she'll have to come significantly closer to that season's best to capture that elusive title in Doha.

Authorised neutral athlete Anzhelika Sidorova poses the biggest threat to Stefanidi. The 28-year-old topped 4.91m indoors and 4.86m outdoors in 2019, both career bests, and chiseled together victories in five of her 10 outdoor competitions. She's also got the better of Stefanidi in five of their eight head-to-heads this season and has an 18-14 edge lifetime in a rivalry that goes back to 2013. Twice a world indoor silver medallist, Sidorova is still chasing her first global medal outdoors.

Sandi Morris, another member of the five-metre club, took the US title with a 4.85m season's best, despite struggling with nagging injuries for much of the season. She's won five of her 11 competitions, but only managed one victory on the IAAF Diamond League circuit and was a distant eighth in the series final in Brussels. Morris was the silver medallist two years ago but repeating or bettering that finish may require a season's best vault.

Two others in the field have bettered 4.82m this year, and should be medal threats. Alysha Newman improved the Canadian record in three competitions outdoors, taking it from 4.75m all the way to 4.82m in Paris to secure the first IAAF Diamond League circuit victory of her career.

Katie Nageotte, the Pan-American Games silver medallist, topped 4.82m in Lausanne to nab her first IAAF Diamond League win. The 28-year-old also topped 4.80m to finish second at the US Championships to secure her spot on her first outdoor World Championships team.

Others to watch include Yarisley Silva, the 2015 world champion, who jumped to the Pan-American title in August, and Swede Angelica Bengtsson, who took early season IAAF Diamond League victories in Stockholm and Rome. 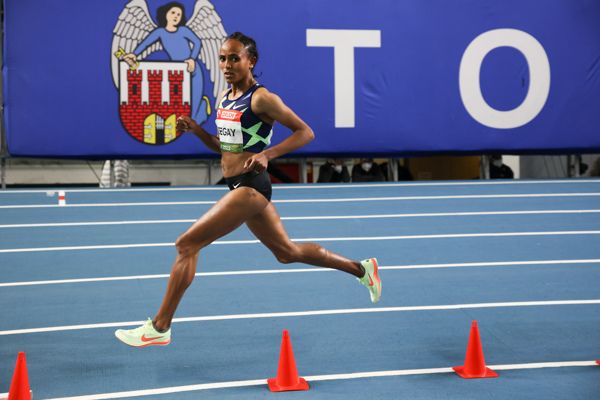