Look no further than the form guide in the women’s 20km at the 26th IAAF World Race Walking Cup in Taicang on Sunday (4).

The Chinese city, 60km north west of Shanghai, is no stranger to top class walking. Each year for the past 10, it has played host to an IAAF Race Walking Challenge meeting in the first week of May, and now it has the opportunity to embrace a far wider stage with 35 IAAF Member Federations having entered athletes in this race but the 2km loop will be thronged with home fans who only have eyes for Liu Hong, and with some justification.

Unlike a fair number of her compatriots in the past, Liu also performs at her very best on a global stage.

Two IAAF World Championships bronze medals in 2009 and 2013, and a silver in 2011, testify to that. She has yet to break the tape in a major global race, although she will be hard pressed to get a better chance than this.

First, she won at the IAAF Race Walking Challenge meeting in Lugano, Switzerland, on 16 March in 1:27:25, but what was really impressive was that she hit overdrive with a second half 43:13.

Liu rarely troubles the judges with a faultless style despite the ability to accelerate and, judging by her usual poker face, should easily cope with the expectant pressure form the home crowd.

Right behind her, just four seconds in arrears, in Lugano was the relative newcomer Eleonora Giorgi.

The Italian economics student was the last to drop off Liu’s coat tails and she posted a PB by more than two minutes – that’s about 450 metres quicker than previously.

It has been 12 years since an Italian senior won at the Cup, but Giorgi now has the confidence to stick with the leaders in Taicang, and views the event as important to her 2014 season as the European Championships in August.

No prizes for guessing which country has the next best three marks.

One used to look no further in World Cup year than the Russian Winter Championships in Sochi for the leading performances, but even though Anisya Kirdyapkina (1:28:05) Vera Sokolova (1:28:32) and Marina Pandakova (1:28:48) trail this time, the first two are no strangers to the world stage.

Kirdyapkina, wife of Olympic and former World Championship gold medallist Sergey, is a multiple world and European medallist, and was deprived of the then world record by a single second at the Russian Winter Championships in 2011.

The winner by a stride that day, with the race also in Sochi, was Sokolova, who was one of the few to double as a junior winner at the World Cup. The first victory was as long as 10 years ago in Naumberg, Germany, and it was followed by her second victory in La Coruna.

It is hard to see beyond these five for the individual medals or, indeed, when it come to the team prize, China or Russia.

Liu is backed by three team-mates with times ranking them in the world top 12 for 2014 but there should also be strong challenges from Spain with Julia Takacs spearheading their hopes, and previous World Cup medallists Portugal. Poland is yet to perform on a world stage but have in Agnieszka Dygacz someone with a best of 1:29:08 that should see them add to the throng at the front.

South American hopes will rest on Colombia’s Sandra Arenas, who snatched the junior women’s 10km gold medal from under the noses of her Russian hosts in Saransk two years ago.

This time, the rest will see her coming but there might not be much they can do about it if she finds the same determination and form that saw her win the South American track 20,000m title in March, when she clocked an impressive 1:31:46.9.

A winning mentality goes a long way when nerves of steel are required to overcome heat and other factors that leave mere mortals scrapping for the minor places further back down the road.

BACK
Pages related to this articleAthletes
Vera Sokolova 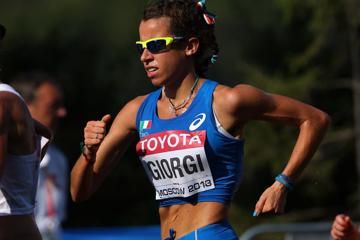 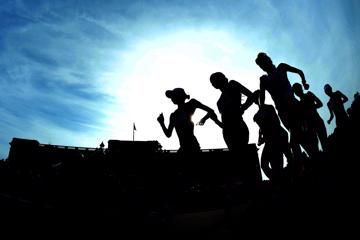 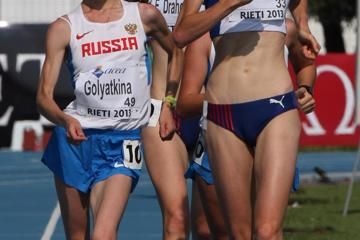