A quartet of Kenyans will clash at the 15th edition of the Suisse Gas Milano City Marathon, an IAAF Bronze Label Road Race, on Sunday (12).

Although this will be his first marathon, Cyprian Kotut is one of the favourites. A half-marathon specialist, Kotut has a PB of 59:12 set in New Delhi last year and he came close to that time last month, running 59:28 in The Hague. He also boasts a solid cross-country career with wins in top Spanish races in Venta de Banos in 2013 and Amorebieta in 2014.

When Duncan Kibet set the course record of 2:07:53 in 2008, it was just his second marathon. Kotut – who is more than a minute quicker over half the distance than Kibet was – could target that mark in his first race over the classic distance.

Kenneth Mungara is the fastest runner in the field with a career best of 2:07:36 set in 2011 when he finished runner-up in Prague. He has also won four editions of the Toronto Marathon and the 2010 and 2014 Singapore Marathon.

Brazil’s Franck de Almeira will return to the city where he set his PB of 2:12:03, finishing sixth in 2012. The 2007 Pan-American Games champion came within one second of that mark last year when finishing second in Padua.

Italy’s 2011 European under-23 10,000m silver medallist Ahmed El Mazoury will be making his marathon debut. At the recent Roma-Ostia Half Marathon, he improved his PB to 1:02:39.

Across the past 14 editions of the Milano City Marathon, Kenyan athletes have won the men’s and women’s race on six occasions. That trend could continue this weekend.

Kenya’s Lucy Karimi starts with the fastest time in the women’s race. A three-time winner of the Buenos Aires Marathon, Karimi took more than six minutes off her PB earlier this year in Dubai, running 2:27:08.

Karimi will take on young Ethiopian Kumeshi Sichala, who finished second at the Mumbai Marathon in January in 2:30:53 on her debut at the distance. Sichala is also familiar with Milan, having finished third in the half marathon there in March 2014.

The Suisse Gas Milano City Marathon will be held on a new course which will start and finish from the same point in Piazza Venezia in the centre of Milan. The course was designed with the valuable contribution of Ethiopian distance running legend and two-time Olympic 10,000m champion Haile Gebrselassie, who will attend the Milan race as a special guest and ambassador.

The course will reach Porta Nuova and the Central Railway Station before entering the heart of the city. Runners will go through Piazza del Duomo and Piazza della Scala, the two main symbols of the Italian Northern city, before moving towards the north-western part of the city in a vast green area where the famous football stadium Giuseppe Meazza is located.

From there, runners will reach Corso Sempione which will guide runners to the Arc of Peace, Sempione Park. Runners will cross a short passage on the dirt track of Cannon Square, beneath the walls of the Castello Sforzesco, another symbol of Milan located at 40km. 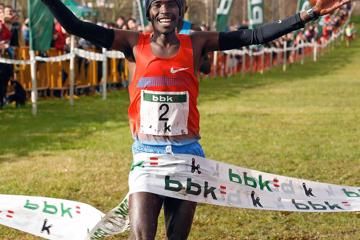 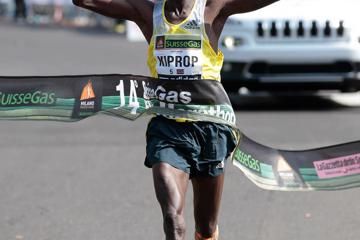 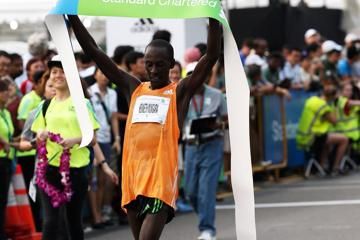