Tegla Loroupe to star in the IAAF Rome Millennium Marathon

Kenya's Tegla Loroupe, holder of the world marathon best for the marathon (2:20:43 set in Berlin on September 26) is the first star to announce her participation in the IAAF Rome Millennium Marathon.

After the World Athletics Gala 99, which took place last night in the Salle d'Or of the Monte Carlo Grand Hotel, 26 year-old Loroupe announced her intention to compete in this sporting event that opens not only a new century but the third Millennium.

"I am running for two reasons," said Loroupe. "First of all, this is something that is unique. On what other occasion will I be able to start in St Peter's Square, in the year of the Jubilee celebrations and with the blessing of his Holy Father the Pope. Like every other athlete, I look forward to making this pilgrimage in the name of peace. Also, I am running because it was the wish of the late IAAF President Primo Nebiolo, the driving force behind the project."

Loroupe is the first of many elite athletes who will join thousands of more modest runners in an event, made extraordinary by virtue of time and place: 12:30 on January 1 2000, in St Peter's Square. Another chapter in the marvellous history of the eternal city. 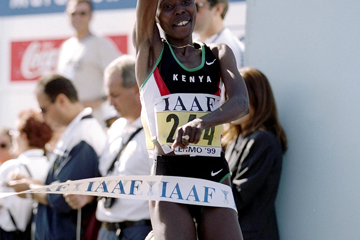 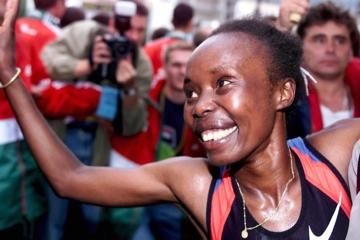