World youth 200m champion Irene Ekelund will return to the XL Galan, an IAAF Indoor Permit meeting, on 6 February in Stockholm as the young Swedish sprint star looks to improve on the marks she set last year.

At the 2013 XL Galan, Ekelund lined up against multiple Olympic gold medallist Shelly-Ann Fraser-Pryce in the 60m. The Jamaican duly won, but Ekelund more than held her own, clocking a national junior record and European age-15 best of 7.32.

Her improvement continued outdoors too, setting national junior records of 11.35 in the 100m and 22.92 when winning the world youth 200m title in Donetsk.

Ekelund, who is 16 years old and will still be a junior through to 2016, has already opened her 2014 indoor campaign with a series of victories in low-key competitions in Sweden.

But the XL Galan will be Ekelund’s toughest test of the winter. In the 60m she will be up against 2010 European champion Verena Sailer and Norwegian record-holder Ezinne Okparaebo, twice a medallist at the European Indoor Championships.

Less than an hour later, Ekelund will be back on the track for the 200m, arguably her better event.

“It will be fun to run inside the Globe Arena again,” said Ekelund. “A year ago I would never have believed this. Everything has happened so fast.”

BACK
Pages related to this articleAthletes
Irene Ekelund 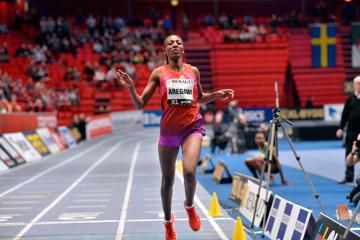 World leads from Aregawi, Rupp and Dibaba in ... 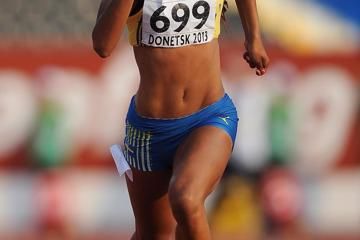