World champions McLaughlin-Levrone and Jackson set for 60m in Boston

Sydney McLaughlin-Levrone and Shericka Jackson, the reigning world champions in the 400m hurdles and 200m, respectively, will drop down in distance to race Mikiah Brisco and Aleia Hobbs in the 60m at the New Balance Indoor Grand Prix, a World Athletics Indoor Tour Gold meeting, in Boston on 4 February.

McLaughlin-Levrone is the dominant force in the women’s 400m hurdles, having won every one of her races in the discipline for the last two years, including the Tokyo Olympic and 2022 World Championships titles.

She also won gold medals as a member of USA’s 4x400m teams at the Olympic Games and the 2019 and 2022 World Championships, owns six of the seven fastest times ever run in the women's 400m hurdles – topped by her 50.68 world record set in Oregon last year – and was named World Athletics Athlete of the Year for 2022.

Making her 60m race debut in Boston, McLaughlin-Levrone will go up against Jamaica’s Jackson, one of the best sprinters on the planet today. Last year, Jackson won gold in the 200m at the World Athletics Championships in Oregon in 21.45, the second-fastest time ever recorded. She also took silver medals in both the 100m and 4x100m and has bronze medals from the Rio and Tokyo Olympic Games in the 400m and 100m, respectively.

This will be Jackson’s first time competing at the New Balance Indoor Grand Prix and her 60m PB stands at 7.04, set in the final of the World Athletics Indoor Championships Belgrade 22.

McLaughlin-Levrone and Jackson will face some top opposition in Boston, as among their rivals is USA's Brisco, who stormed below seven seconds to win world indoor silver last year. Clocking 6.99, Brisco claimed her first senior individual global medal in Belgrade and she heads to Boston to defend the New Balance Indoor Grand Prix title she won last year.

Joining them is Hobbs, the 2022 US silver medallist who finished sixth in the 100m at the World Athletics Championships in Oregon.

BACK
Pages related to this articleAthletes
Shericka JACKSON 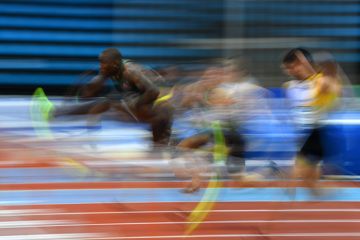 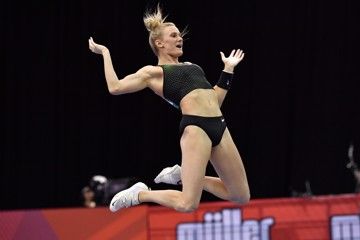