World Athletics is deeply saddened to learn of the death of Ecuador’s world 200m bronze medallist Alex Quinonez at the age of 32.

According to the Ecuadorian Sports Ministry, he was found dead in the street in Guayaquil on Friday (22).

“With great sadness, we confirm the murder of our sportsman Alex Quinonez,” the Sports Ministry announced on Twitter.

“We have lost a great sportsman, someone who allowed us to dream, who moved us....he was the greatest sprinter this country produced.”

Today the Barcelona Football Club held a minute of silence in Quinonez’ honour as he was a member of their athletics team.

“Brother, I cannot believe it’s true,” said world and Olympic 400m silver medallist Anthony Zambrano, a training partner of Quinonez, in a social media post. “We do not deserve this. What awful news. It’s a shame that life is such, but to die one has to be alive. You are great and I will always cherish you in my heart.”

“He was an exceptional athlete to our continent, especially to the Latin American region,” said his coach Nelson Gutierrez, who guided him in the second half of his career since March 2017. "He matured as a person under my guidance and that of his physiotherapist Caridad Martinez. We treated him like a son. He was loved by all his teammates and he demonstrated that Ecuador could also shine in the sprints, beyond race walking."

Born in the coastal city of Esmeraldas in August 1989 and raised in Quito, Quinonez first came to prominence as an international sprinter in 2011 when he won the national 200m title, set a PB of 20.49 and reached the final of the Pan American Games.

He set his first national record when winning 200m gold at the 2012 Ibero-American Championships in 20.34, a time which he improved at the Olympic Games in London where he clocked 20.28 in the heats before going on to finish seventh in the final.

A regular on the Diamond League circuit, Quinonez improved his national 200m record again at the 2019 Athletissima meeting in Lausanne, clocking 19.87 to finish in between winner Noah Lyles and Canada’s Andre De Grasse.

Quinonez qualified for the Tokyo Olympic Games this year but was suspended by the Athletics Integrity Unit in July, when he was charged with breaching the whereabouts rules. The case has not been concluded.

BACK
Pages related to this articleAthletes
Alex QUINONEZ 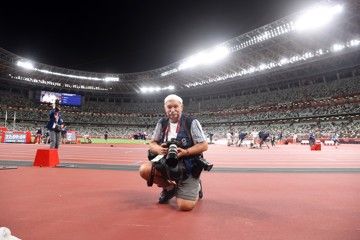 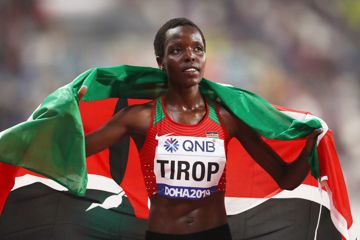