Back to full health, Bromell's biggest goal is to continue to inspire

He grew up on the south side of the city of St Petersburg, Florida, where poverty and gang violence were common. His best friend ended up in jail and Bromell admits he still to this day carries the scars of PTSD from some of the things he has seen in his life.

He found salvation in athletics. As a first-year university student, he won the NCAA 100m title. At the age of 20 he snared a world 100m bronze medal in Beijing. The following year, he struck 60m gold at the World Indoor Championships.

But since picking up a heel injury in 2016, he has undergone two surgeries and a painstaking rehabilitation which virtually wiped out three full seasons out of his career.

Yet this year Bromell is back. Despite a Covid-19 disrupted period of preparation, the 25-year-old US sprinter blitzed to a 9.90 100m clocking in July – a performance which currently sits second on the world lists and his fastest time for four years.

His underprivileged background has instilled the 1.75m tall sprinter with the motivation and will to succeed, and the mental resilience he has needed over the past three years.

“I grew up around a lot of gang violence and gang influence,” explains Bromell. “It was a humbling place, a hard place – where we come from we call it the trenches. But living in these places can make you a man and make you withstand any storm that comes your way.”

It is fair to say Bromell has overcome his fair share of storms.

His mother worked 7pm-7am every day and directed him down the right path, “making sure I wasn’t in those bad situations,” explains Bromell. He took up sprinting at the age of four and joined the Lightning Bolt Track Club, where, for the next 14 years, his track career was guided by the inspirational Garlynn Boyd. Bromell describes Boyd as his “second mom” and she instilled in him a desire to improve.

Bromell’s sporting journey, however, did not come without its challenges. Between his eighth and tenth grade, he broke his left knee doing a backflip, broke his right knee and forearm playing basketball, and fractured a hip during a race.

“It (the injuries and my background) put me in a mind-set where I knew I had to work twice as hard to achieve what I have,” he says. “None of the success you see has come without hard work. I’ve had broken bones and health issues, I’ve never had time to slack off.”

And perhaps as a direct result of not being defeated by these set-backs, Bromell says he now fears no one on the track.

Bromell worked with Boyd to shrug off the injuries, and in his final year at high school he secured the national U20 100m title and earned 100m bronze at the 2013 Pan American Junior Championships in Colombia.

But after graduating from high school, he faced a crossroads in his life.

“What took me out of my environment was my decision to go to Baylor (University in Texas),” he explains. “That gave me a better life. I even asked coach (Mike) Ford to try to get me to the school because ‘if I don’t leave St Pete, I don’t know how my life is going to end’.”

In the summer of 2013 he was recruited by Baylor, which quickly took his life on a positive trajectory. As a freshman he powered to a world U20 record of 9.97 on his way to the NCAA 100m title. In 2015 he shared world 100m bronze – coincidentally with his current training partner Andre de Grasse.

He turned pro, banked the 2016 world indoor 60m title and was preparing well for the Rio Olympics, only to pick up a heel injury– later diagnosed as a bone spur – the day before the Diamond League meeting in Birmingham in early June. He nonetheless battled on to the US Olympic Trials, where, despite a badly compromised build up, he equalled his PB to claim second in 9.84 and book his spot on the US team for Rio.

Unfortunately, the injury meant he was unable to produce his best in Brazil. Showing huge mental resilience and fortitude, he scrapped his way to the final but wound up eighth in 10.06.

Ever upbeat, Bromell tried to suck the positives out of his maiden Olympic experience. “Of course, it was not on the circumstances I would have wanted, but I can’t be mad,” he says. “The opportunity to race in an Olympic final is one many people would wish to have.”

On his return home, he underwent surgery in Dallas to remove the bone spur. However, the doctor mistakenly advised Bromell to carry out no strengthening exercises on the heel. This was to prove costly.

The lack of rehab exercises caused a build-up of scar tissue, so Bromell had to undergo a second surgery to fix the problem. In between he had made it to the start line for the 100m heats of the 2017 US Championships but in his only appearance of the year he finished fifth in 10.22.

In 2018 he focused on strengthening his foot and achilles. Endless calf raises were part of the daily training diet while running sometimes up to 1000m in distance “whatever the coach asked of me” on the track, grass field on underwater treadmill were carried out.

It was, at times, a gruelling road back to full fitness

“The hardest part was not being able to do what I love,” says Bromell. “Track is such a big part of me and my life. What kept me going were the people around me, my faith and mentality. They had to remind me where I’d come from. Only the strong survive, and I had to find that fight again. I had to find that fire.”

US sprinter Trayvon Bromell in action over 60m

Twenty-four months on from his last competitive appearance, he returned to competition June 2019, finishing eighth in 10.57 in Kingston, Jamaica. In his next race in Montverde, Florida, he shaved 0.03 from that time but tweaked an adductor.

He knew change was necessary and the following month left his long-term coach, Mike Ford, in Texas to join Reider’s world-class training group in Florida. Bromell fully acknowledges the huge role Ford played in his career development; he simply required a different set of resources.

“I needed to be in a different environment and to try something new,” explains Bromell of the switch. “Rana has strong credentials, the drive and a fierce work ethic.”

Bromell says training under Reider is ‘a grind’ and completely different to previous training regimes. “It’s not for the weak,” he says. “You have to be ready to hurt.”

He doesn’t go into specifics, but insists he is not being deliberately evasive. “I’m not lying to you, sometimes the workouts are so hard, it is difficult to remember them!”

The training may be tough but the bond forged with his fellow athletes in the Tumbleweed Track Club is strong. He values the whole-hearted support of the likes of De Grasse, Ali, McLeod and others.

“I say this with the utmost respect and love, that besides God, I would not be back running if it wasn’t for this group of great individuals,” he adds.

“In the training sessions, I hear the guys shout out ‘you can do it’ and ‘you can make this comeback’. We really push each other. If coronavirus had not have happened, the world would have seen some amazing performances from the Tumbleweed Track Club. The numbers we were putting up in practice were crazy.”

Unfortunately, Covid-19 did then hit and Bromell was forced to improvise. Without a track or weight-room facility to access, training with resistance bands and carrying out body circuits at home became the norm. The group trained on grass fields and Reider was forced to yell his instructions from afar to ensure adequate physical distancing.

In July, just a week and a half before his outdoor seasonal debut, Bromell learned of the tragic death of his first coach and ‘second mom’, Boyd. She was aged just 54 but had struggled with diabetes – both of her legs were amputated – and she had contracted coronavirus.

“It was hard,” says Bromell. “She was like family and always there for me, it was like having another parent. She pushed me and gave me that inner drive. She coached every child as if they were her own. To see someone die who had nurtured so many kids was hard.”

Inspired by Boyd, he ran 10.04 – his quickest 100m time for four years – in Montverde. Three weeks later he scorched to a 9.90 clocking – the joint-fourth fastest 100m time of his career – to defeat world 200m champion Noah Lyles in Clermont. Two more sub-10-second times – a 9.99 and a windy 9.87 – followed in August in Montverde before Bromell decided to shut down his brief but confidence-boosting 2020 campaign.

“For this season, I did what we wanted to which was to come and run fast,” he explains. “When I ran 10.04 for my first outing, it was a big shock. Then to come out and run 9.90 against Noah showed great fitness under difficult circumstances (training in a global pandemic).”

Bromell is currently taking a period of rest before returning to training in October when he’ll turn his attention to preparing for the rescheduled Olympic Games. Given his past injury situation, Bromell admits the switching of the Tokyo Games could be beneficial for him.

Yet beyond medals and PBs, the Floridian, who went back to college to complete a masters’ degree in business, has some more general goals to achieve in the future.

“I don’t want to say I’m going to run nine-point-something, I just want to keep inspiring people,” he says. “If I do that, it will be more than I’ve ever dreamed of.” 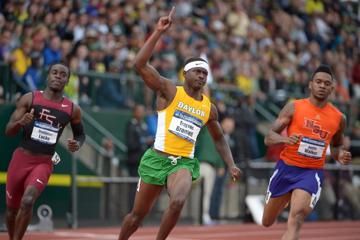 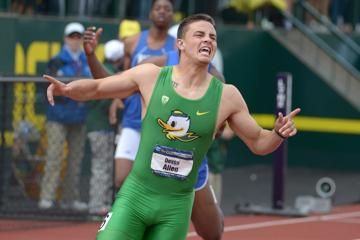 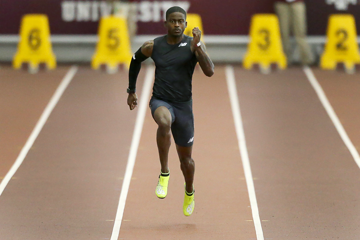 No fear for Bromell as he primes for Portland... 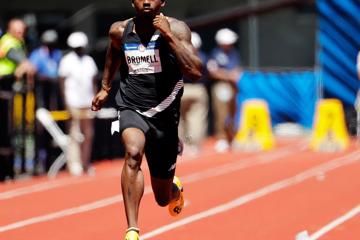