The outside of Tokyo's Olympic Stadium (© AFP / Getty Images)

With every major milestone comes that extra surge of excitement and anticipation for the rescheduled Olympic Games, for which there are now just 100 days to go.

On 23 July the spotlight will be on Tokyo's Olympic Stadium as it hosts the opening ceremony and one week later the world’s best track and field athletes will descend on the rebuilt venue of the 1964 Games as athletics action gets under way.

More than half a century ago, when Tokyo last hosted the Olympics, the stadium was the place where New Zealand’s Peter Snell tore up the track to achieve his 800m and 1500m double, Tamara Press of the Soviet Union took two titles in the shot put and discus, Britain’s Ann Packer sprang a surprise to win 800m gold in a world record and Bob Hayes equalled the world record to win the 100m. 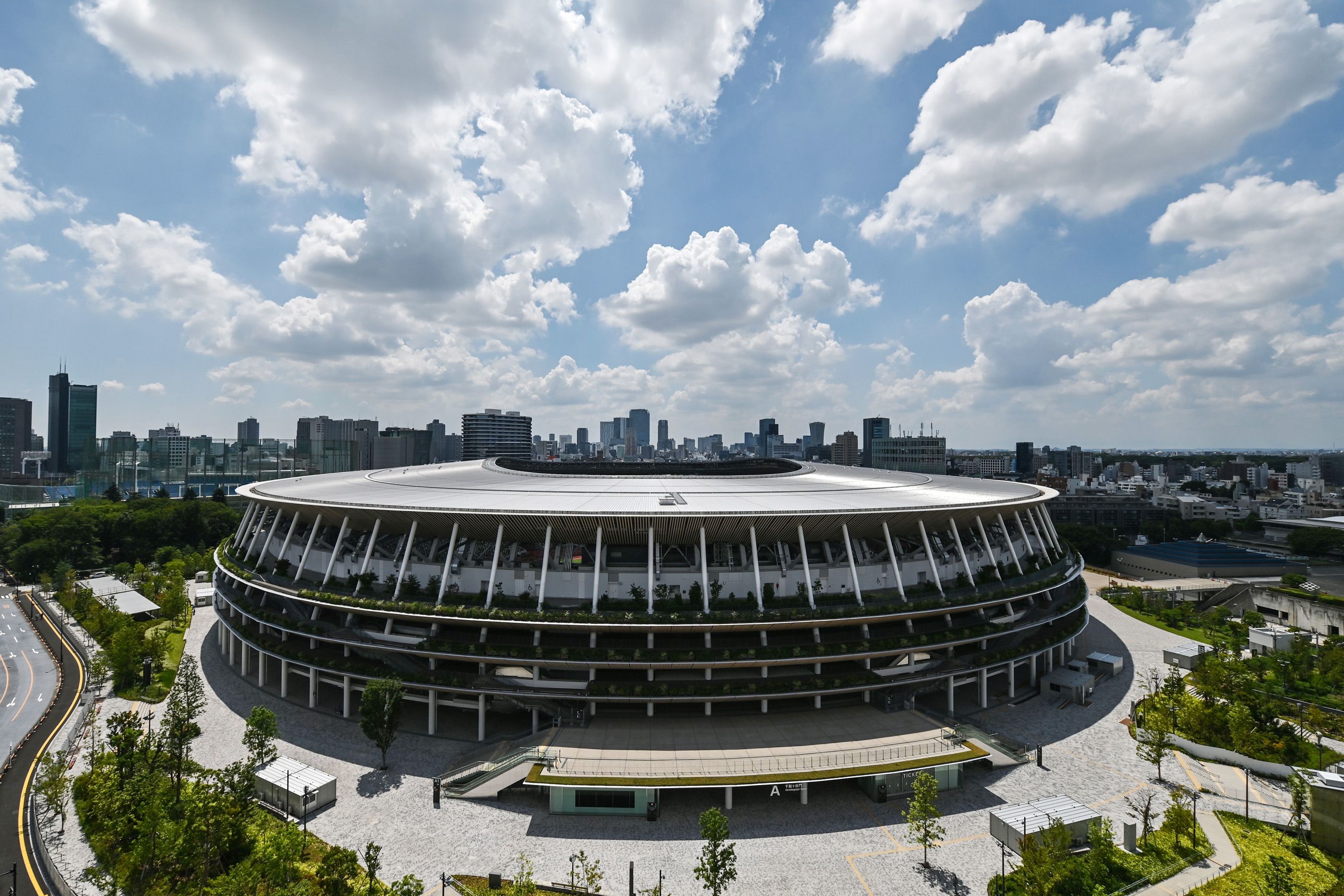 Further history will be made at that site this summer and it will all start with the opening ceremony in 100 days’ time.

“We are so looking forward to seeing athletes from all over the world marching into the new stadium at the opening ceremony ... when the eyes of the world will be on this iconic symbol of the Tokyo 2020 Games,” said Tokyo 2020 CEO Toshiro Muto on completion of the stadium’s construction, which took 36 months at a cost of ¥157 billion ($US 1.4 billion).

The National Stadium, or ‘Kokuritsu kyōgijō’, which will be known as the Olympic Stadium during the Tokyo Games, was officially completed in November 2019. Demolition of the 1964 Olympics venue had begun in 2015 to make way for the 68,000-seater created with sustainability in mind. 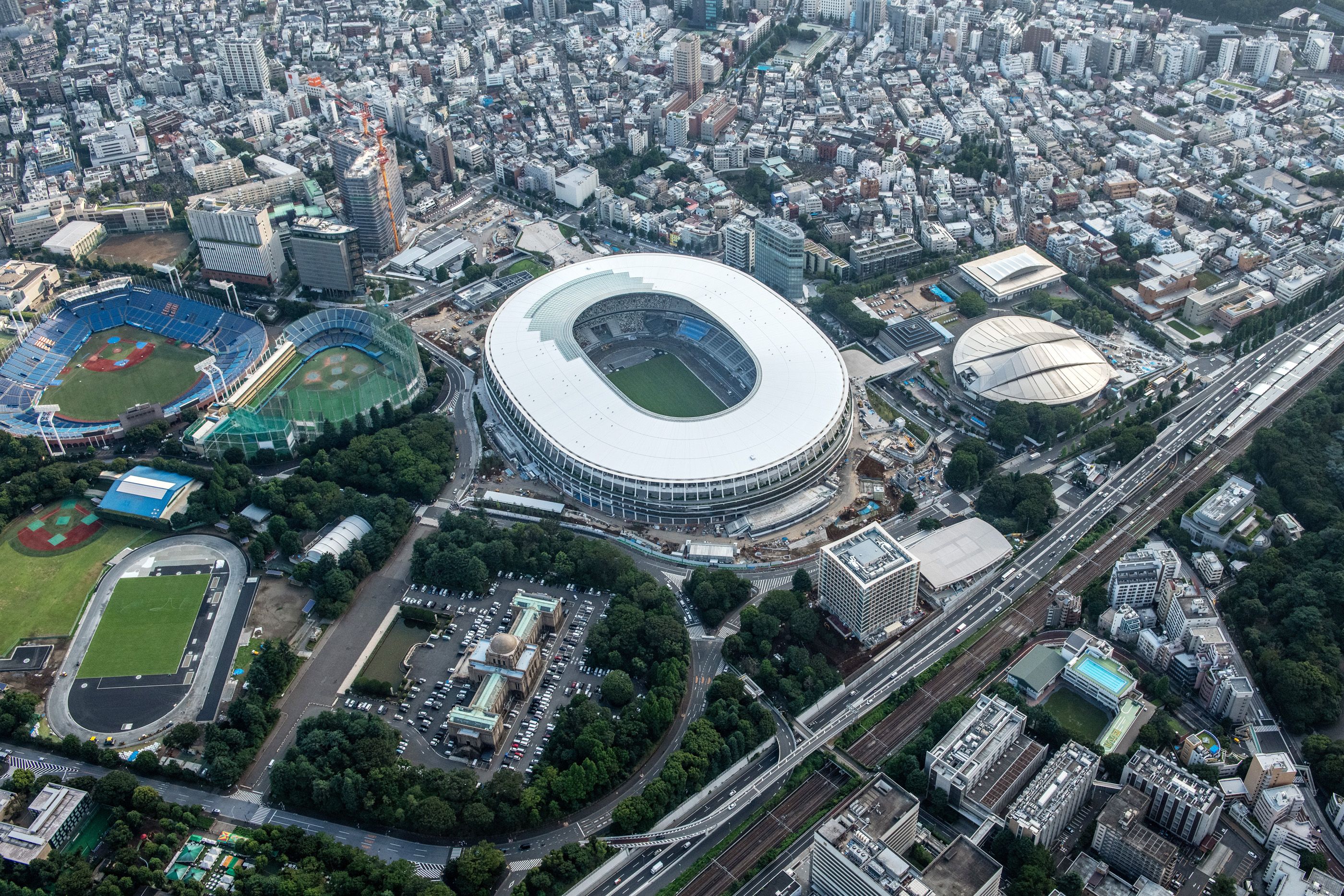 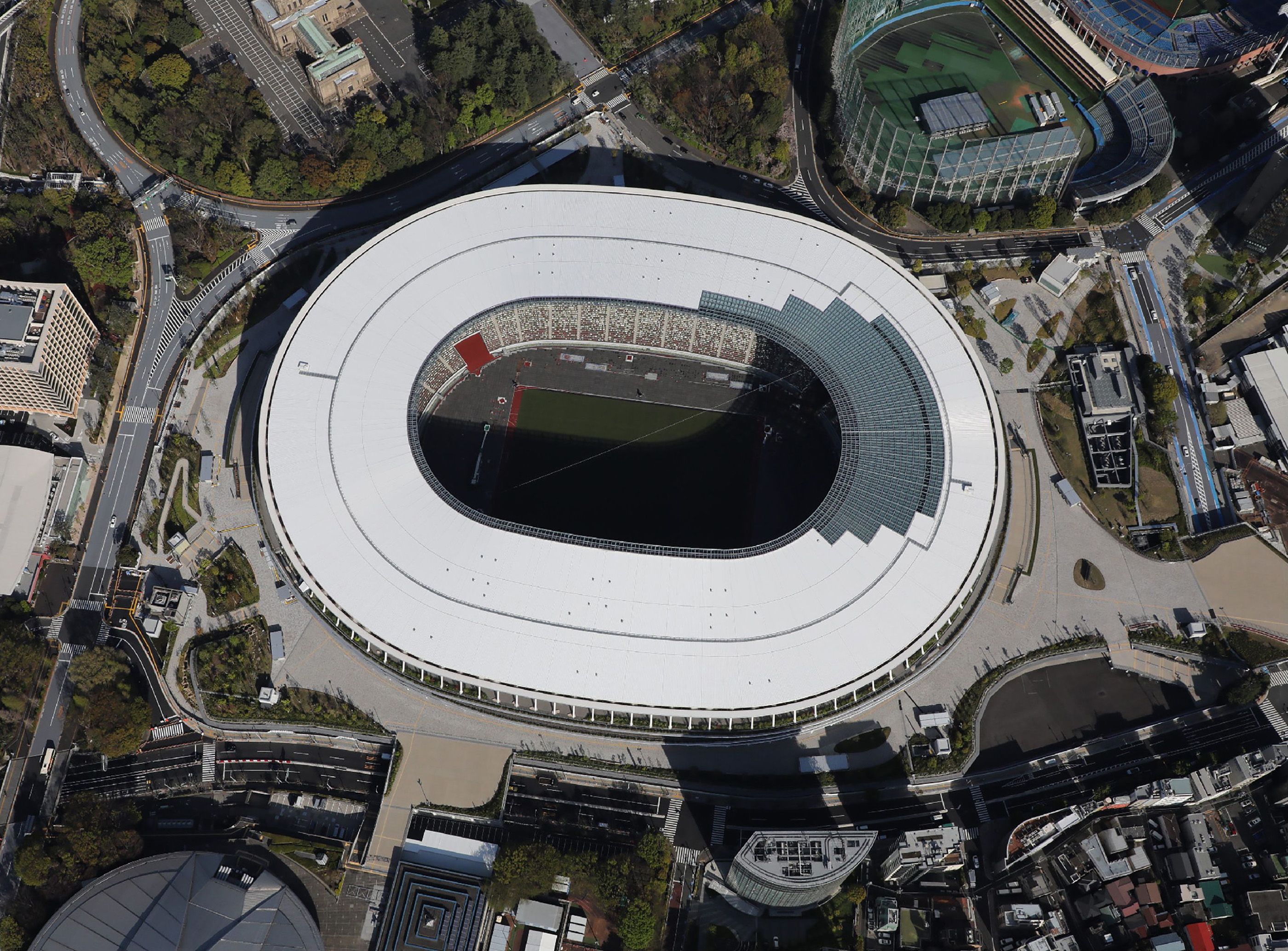 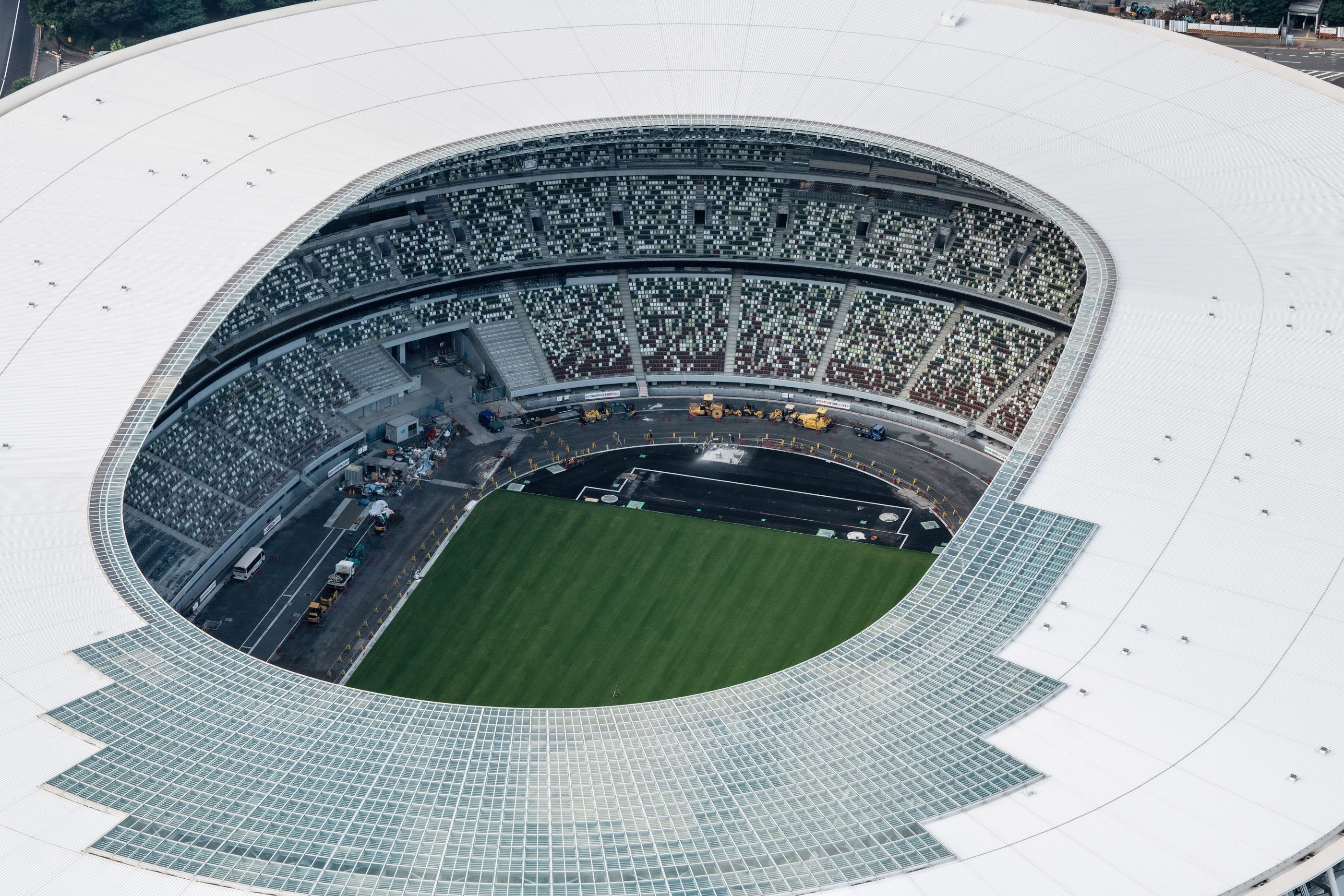 Designed by Japanese architect Kengo Kuma, the look of the stadium – a ‘living tree’ – is reminiscent of traditional Japanese temple design with wooden facades and greenery to blend with the nearby Meiji Jingu Gaien area. The multi-layered eaves are made of wood gathered from Japan's 47 prefectures, while more than 47,000 trees were planted within the stadium’s precinct.

Inside, 185 airflow-creating fans and mist-cooling systems will create cooler competition conditions and the three tiers of seating, which will not feature overseas spectators for the Games, is in earthy and green tones to mimic sunlight filtering through the trees, or in this case the roof, and on to the forest floor – the seating and Mondo track.

While there are just 100 days to go until the Games, athletics action is heading to the Olympic Stadium even sooner as it will host the second meeting in the 2021 World Athletics Continental Tour Gold series.

‘READY STEADY TOKYO – Athletics’ will take place on 9 May and for many of the athletes expected to compete, this meeting will provide their first look at the state-of-the-art facility. 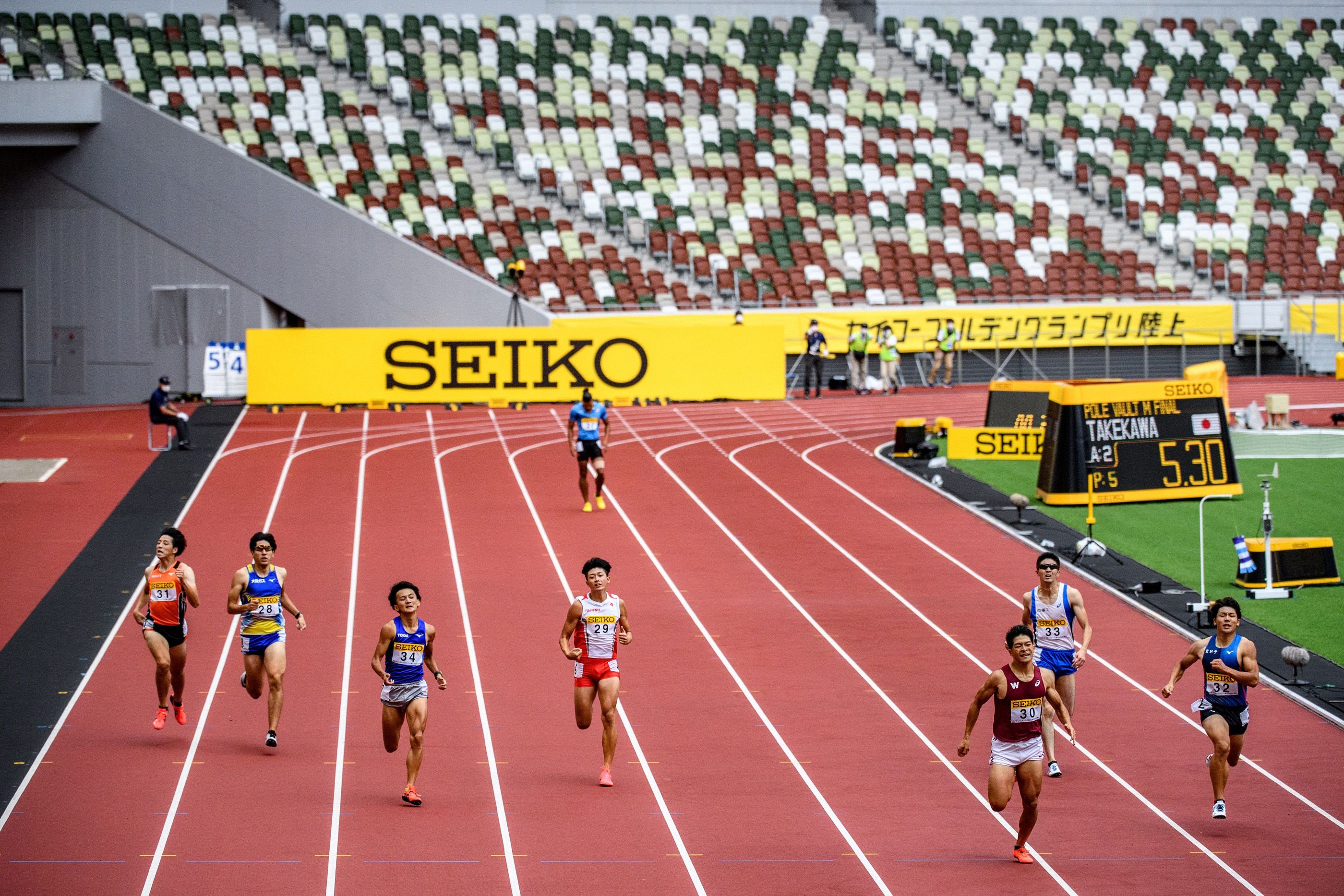 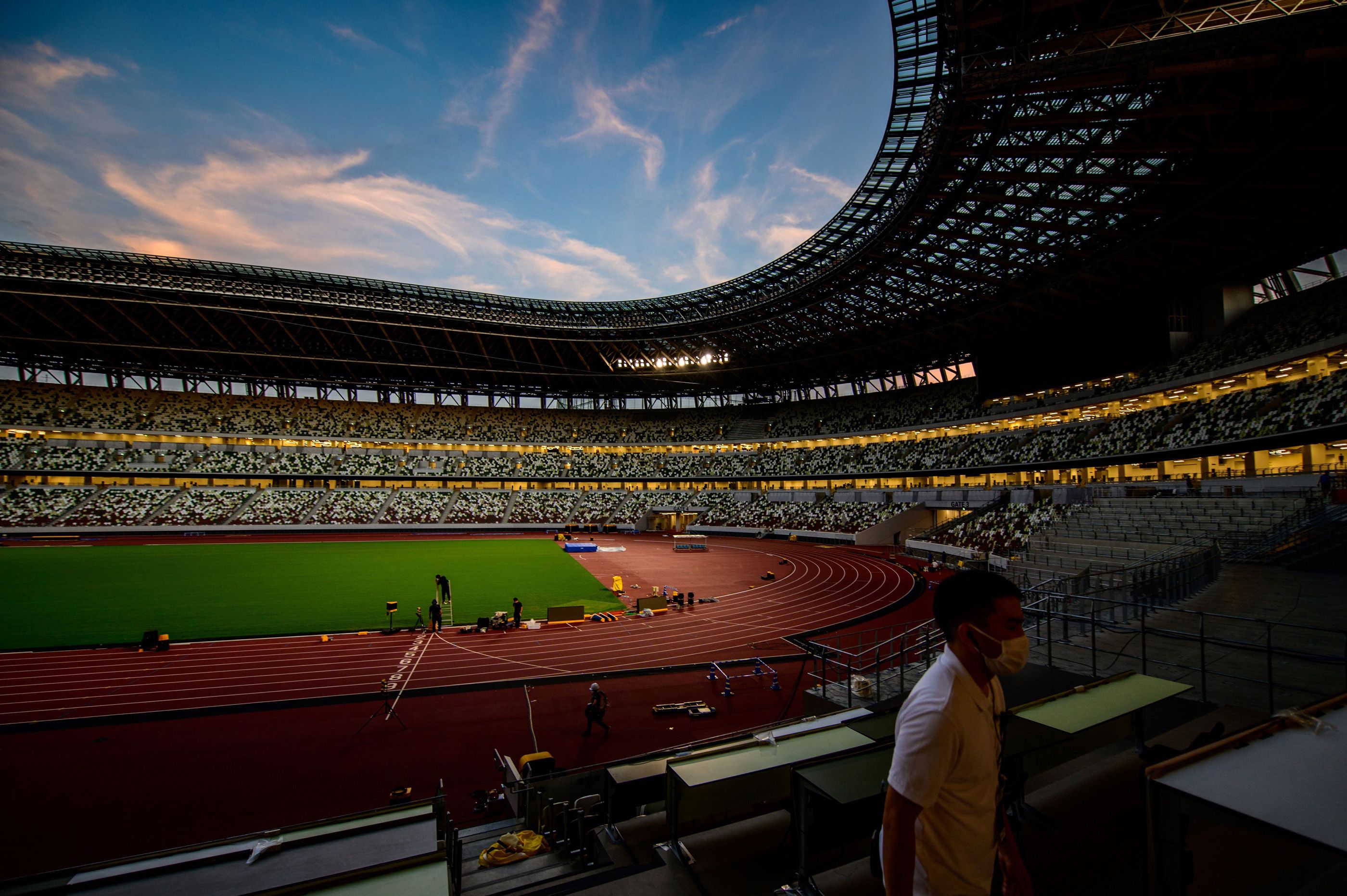 The meeting is part of the ‘READY STEADY TOKYO’ series of test events organised by Tokyo 2020 in the lead-up to the Games.

This may be one of the smallest stadiums ever to host the Olympic Games, but it remains one of the most recognisable. Designed by Torben Grut for the 1912 Games, this is where the likes of Jim Thorpe, Hannes Kolehmainen and Eric Lemming cemented their status as Olympic legends.

The stadium has played host to more world records than any other athletics venue in the world, with a total of 70 ratified world records.

The Los Angeles Memorial Coliseum was built for the 1932 Games and then, 52 years later, also hosted the 1984 edition. It was named in reference to the soldiers who were killed in the First World War, which was fresh in the mind when construction began in the early 1920s. 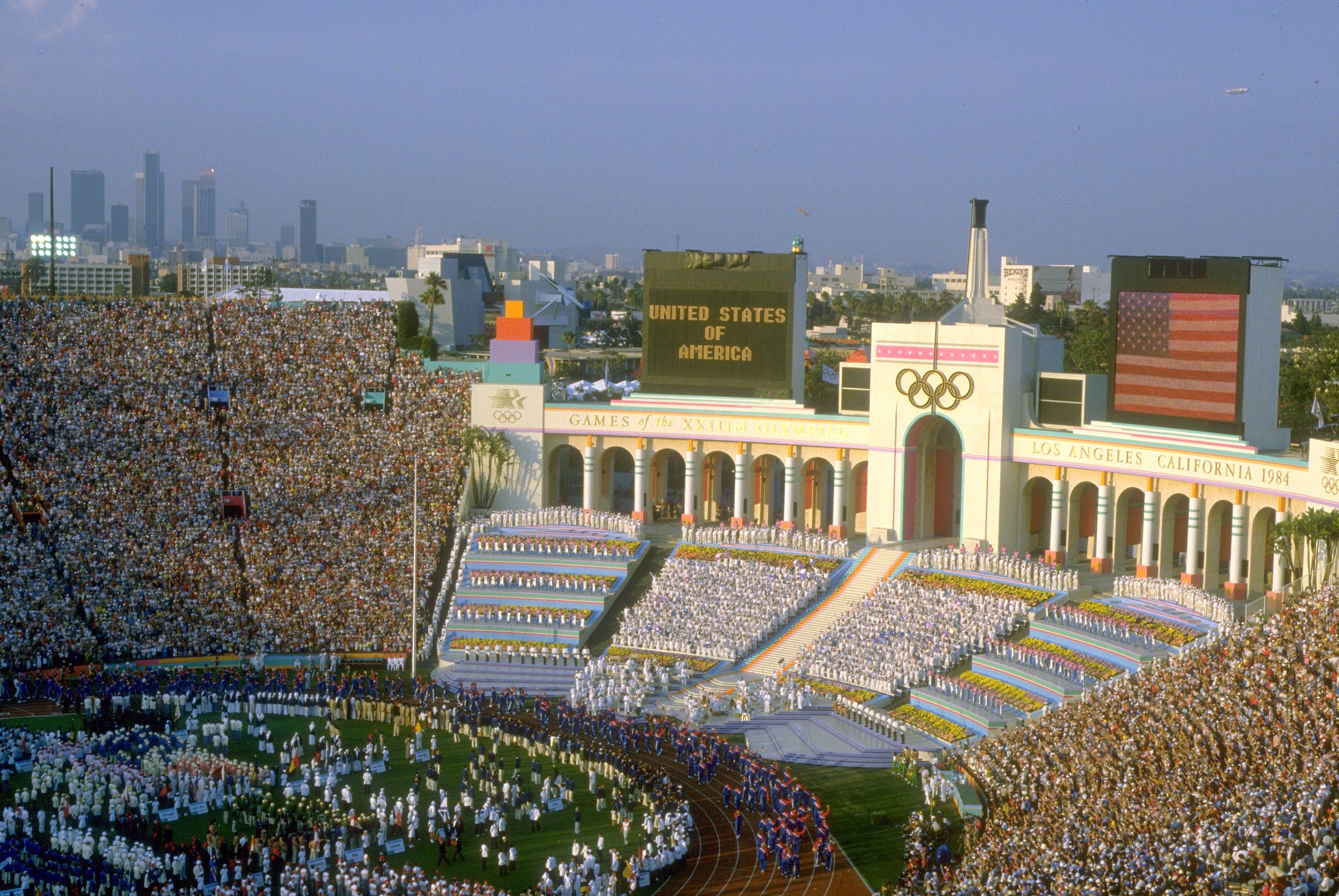 The iconic art deco style arches were the brainchild of architects John and Donald Parkinson, and they provided the perfect backdrop for the exploits from the likes of Carl Lewis, Daley Thompson and Evelyn Ashford.

Built for the 1936 Games and designed by Werner March as an expression of German strength, the Olympiastadion is an impressive and imposing structure. 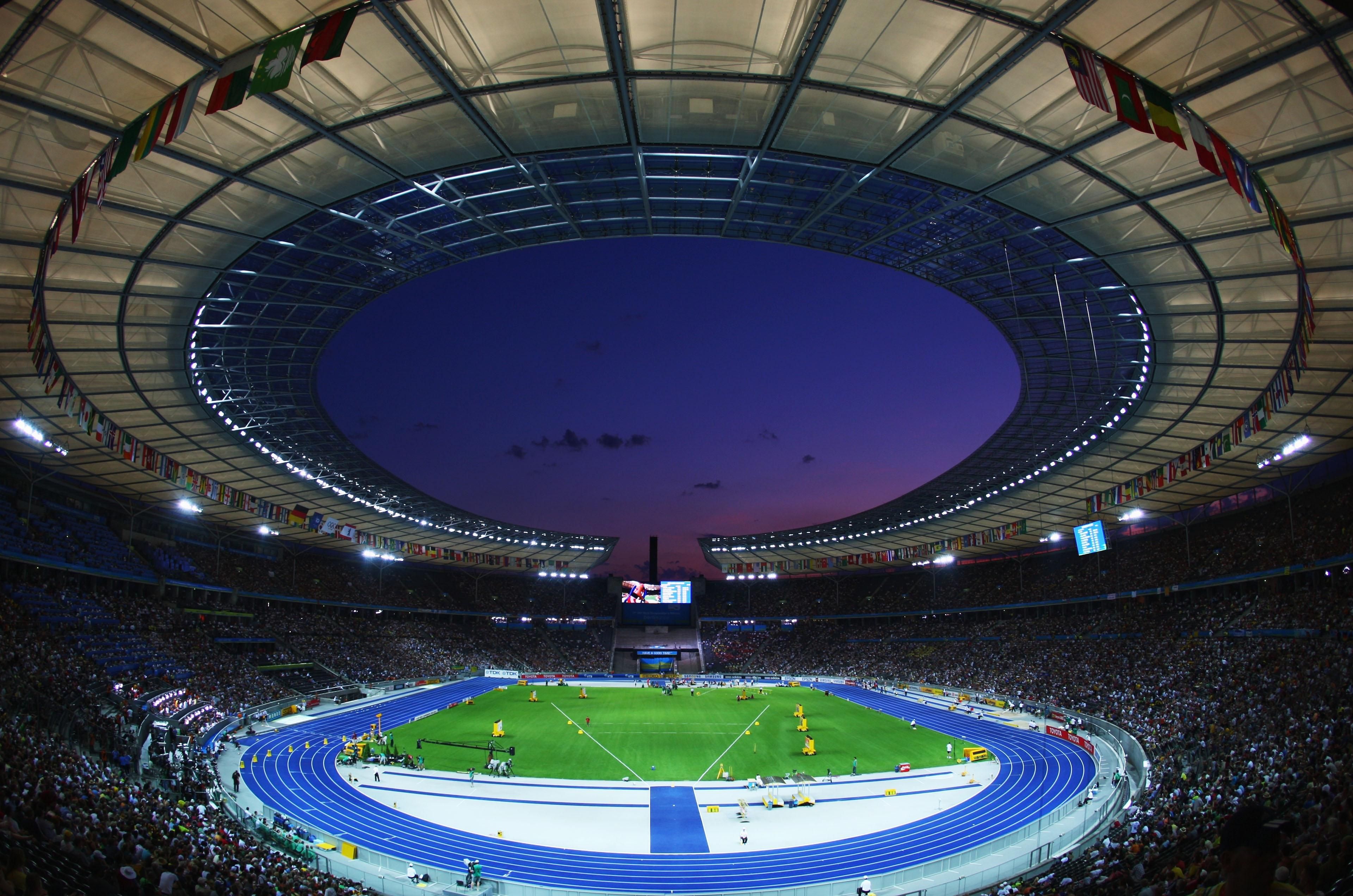 Still in use today, the stadium played host to the 2009 World Championships – where Usain Bolt set his world 100m and 200m records – and, more recently, the 2018 European Championships. It also hosts the annual ISTAF meeting, part of the World Athletics Continental Tour.

This ground-breaking construction, built for the 1972 Games, features a canopy-style roof made of glass and steel cables in shapes that evoke the Alps mountain range. 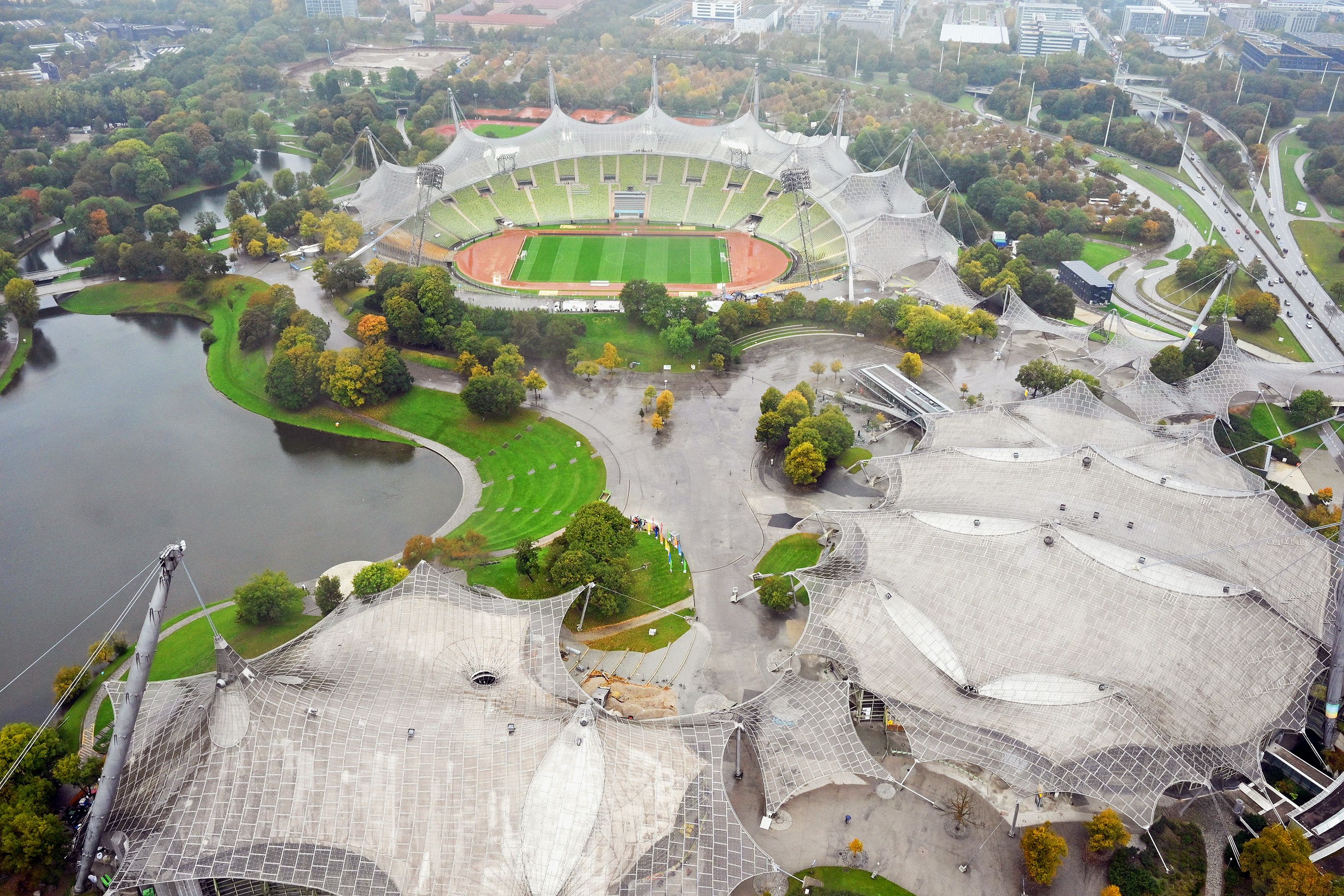 Two years after the Games, it hosted the 1974 World Cup final, and was the former home of Bayern Munich. It is still sometimes used for athletics events, and in 2007 it hosted the European Team Championships.

This stadium, built for the 1976 Games and designed by Roger Taillibert, is nicknamed ‘The Big O’, partly in reference to it hosting the Olympics, but also as a nod to the doughnut-like shape of the roof. The Montreal Tower, which stands alongside the stadium at a 45-degree angle, is the tallest inclined tower in the world. 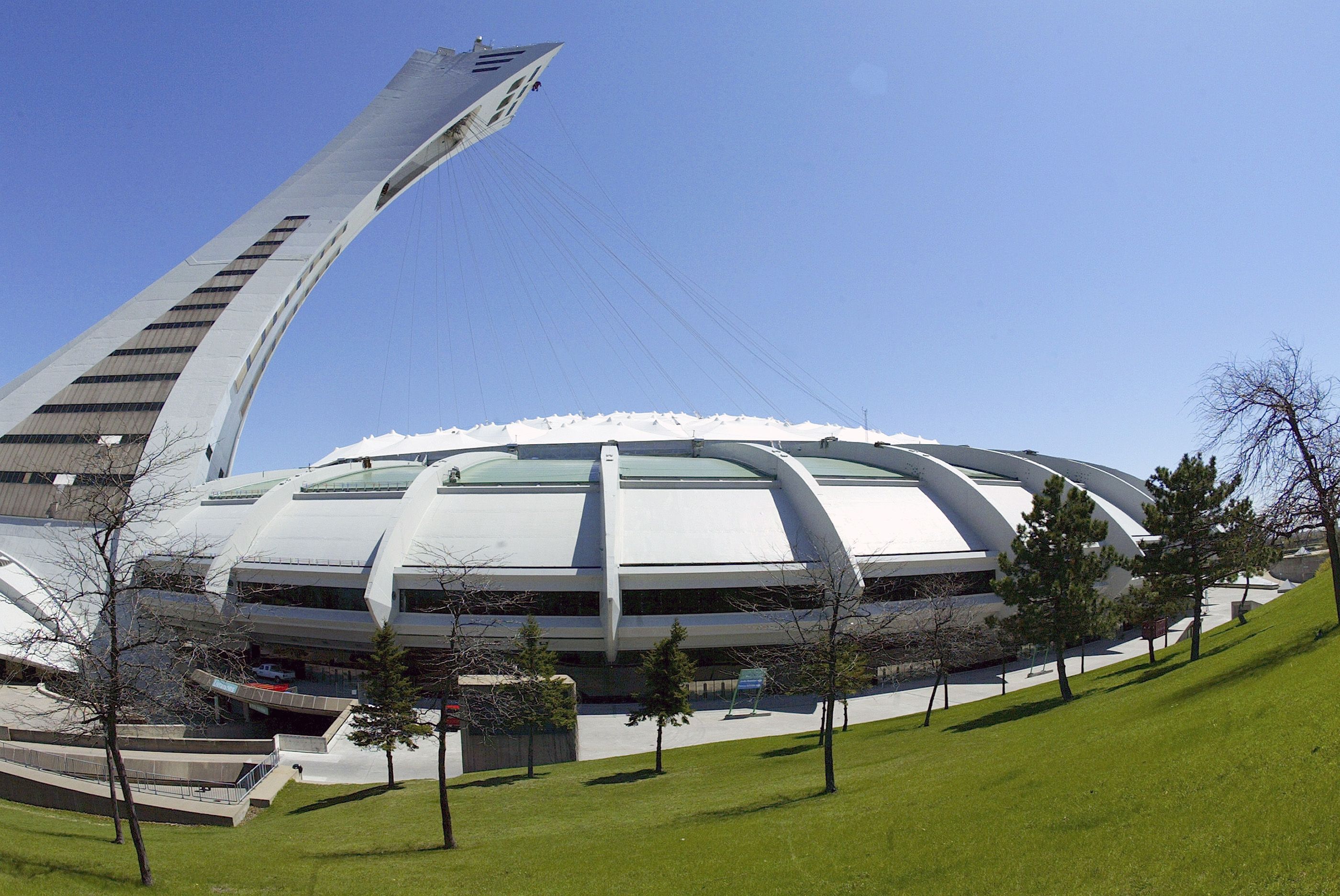 In terms of seating capacity, it is the largest stadium in Canada. Three years after the Montreal Olympics, the stadium played host to the athletic World Cup.

One of the most ambitious pieces of architecture ever seen for an Olympic venue, Beijing’s National Stadium is better known as the ‘Bird’s Nest’ for its intricate mesh of steel columns and supports. The design was a collaboration between Swiss architects Herzog and de Meuron, China Architecture Design and Research Group, and the artist Ai Weiwei. It was here, at the 2008 Games, where Usain Bolt announced himself on the world stage, winning the 100m and 200m in world record time. The Jamaican superstar returned seven years later to win 100m, 200m and 4x100m gold medals at the World Championships.

Built for the 2012 Games, London’s Olympic Stadium was designed by Populous, the architects who were also behind Sydney’s Stadium Australia. 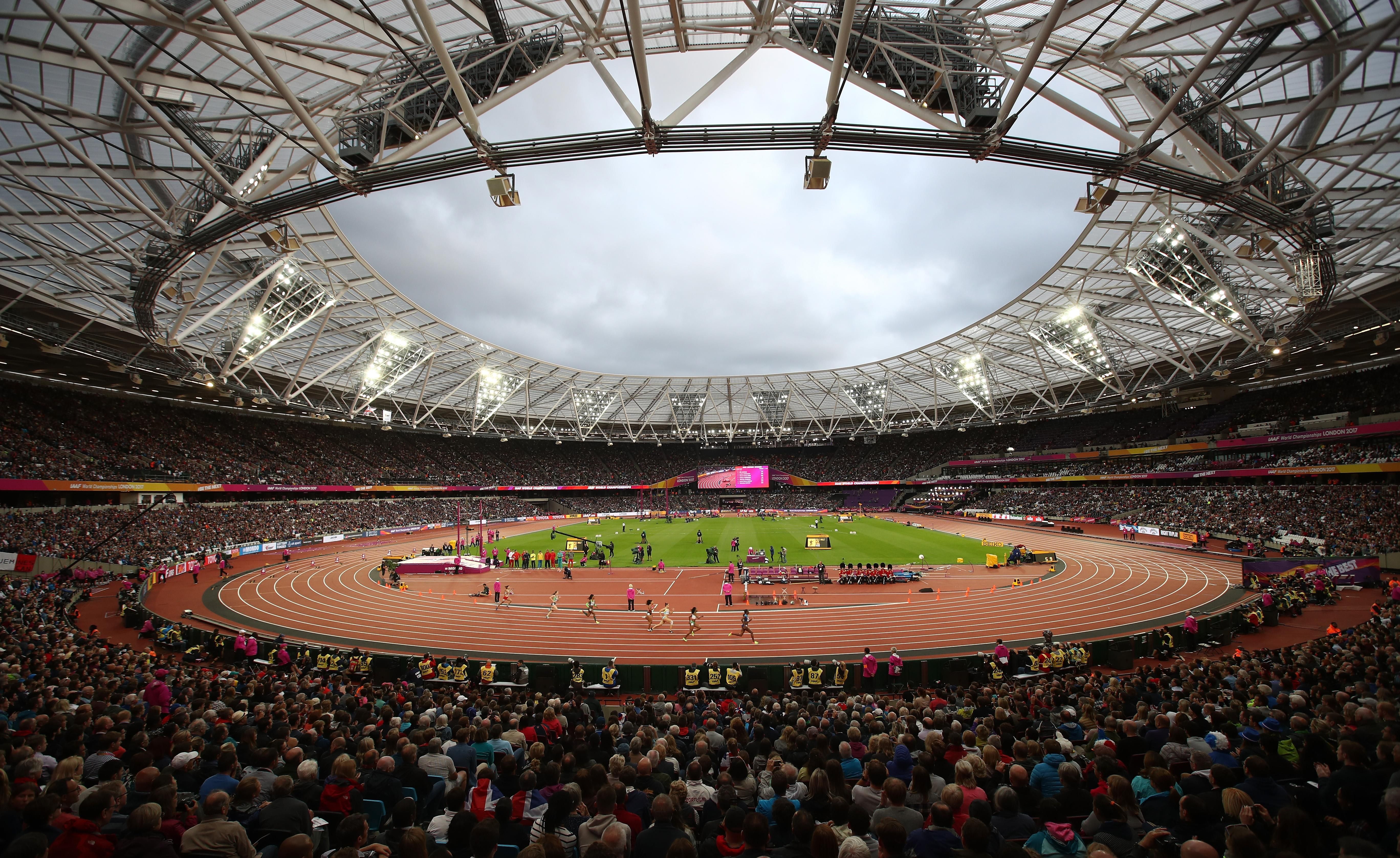 It welcomed capacity crowds throughout the London Olympics as the likes of Jessica Ennis-Hill and David Rudisha made history. Five years later, it hosted the 2017 World Championships. It has also become the regular venue for London’s Diamond League meeting. 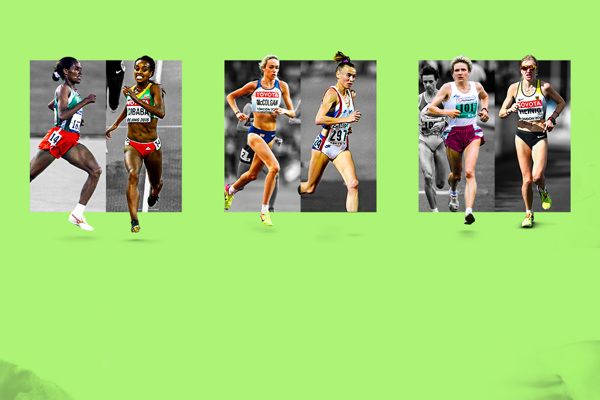