Kenenisa Bekele flew home from the 2017 Berlin Marathon terribly disappointed and in the face of mounting criticism. Some speculated that at age 35 he has seen his better days.

Sitting in a quiet corner of the Addis hotel he opened four years ago, the Ethiopian superstar reflected upon his failure to finish the race he had won a year earlier.

“Yes I did good training before (this year’s race),” he reveals. “Of course when you are not successful everyone is talking about your shape; they don’t consider the weather conditions. Eliud Kipchoge also did a good job but what he promised, he wanted to run 2:01:30, he couldn’t run even 2:02. He ran 2:03 something. This means that even he himself couldn’t achieve what he wanted.

“That means the weather conditions impacted everyone. Maybe some people understand but most of them don’t know what running is. They don’t see the weather, the conditions or anything. I think they need to consider that instead of blaming someone.”

Kenenisa Bekele crosses the line to win the Berlin Marathon

Bekele is encouraged by the fact his 2016 Berlin victory, in a time of 2:03:03, was history’s second fastest ever and just six seconds behind Dennis Kimetto’s world record. Considering he only made his debut in 2014 – winning in Paris with a course record of 2:05:04 – there might appear to be a few more marathons in those 35-year-old legs.

“Of course,” says Bekele, who won comfortably over 25km in Kolkata earlier this month in 1:13:48. “My goal is to have that marathon record before my retirement. I want to have that record. Of course it is not easy. I have to try of course; if I add to the 10 and 5, it will be special. That is my big goal.”

A spring marathon is in the plans although it appears he isn’t committed at this point to any one in particular. He does, however, have his favourite especially since Eliud Kipchoge and Mo Farah have both agreed to run in London.

“Of course yes, I hope they invite me,” he reveals having pondered the chance to face Kipchoge and Farah once again. “Of course I want to do that race. London is my special place. In the world you cannot find a race of that class. It’s really special. The place also is special with great people. The way the public are involved in sport it’s really a special place.”

A year ago he finished a remarkable third in the British capital; remarkable that is, given the duress under which he prepared. Up until December, five months before, he was still training on a treadmill in his hotel gym rehabilitating an ongoing calf muscle issue. And of course this year he was second in 2:05:57.

With a growing hotel business, Bekele – he and his wife Danawit have four hotels now – has been alarmed by criticism that he spends too much time distracted from his athletics career.

“In your life you need to be involved in some business apart from running,” he answers. “You cannot sit down and only eat, sleep and run. You need to play and do something for your future, for your family. You cannot stay away 100% from your business.

“If you invest in something and you don’t know what’s going on, you are not human. Maybe some people complain and worry I am doing business and running. For me it doesn’t matter. It is not difficult to do that. I have enough time to do both.”

Kenenisa Bekele on a training run in Sululta, near Addis Ababa

Characteristically introverted, it isn’t long before he ventures an opinion on where he stands when it comes to the ongoing discussion on who is the greatest distance runner of all time.

“I am quite happy and relaxed and I don’t worry about it,” he says. “I am rated highest. I can have the highest place in athletics. When you compare, you cannot compare only marathons. When you are comparing the best runners, I think they don’t have world records at 10,000m and 5000m like me, or even (11 world titles) cross country like what I achieved. If you read all this together, I have the highest place.

“This means I cannot underestimate all those other athletes. I have big respect for them; people who achieve Olympic and world titles.” 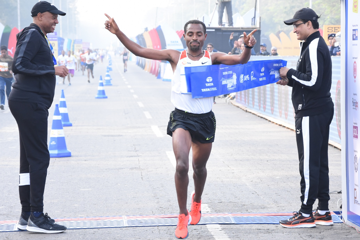 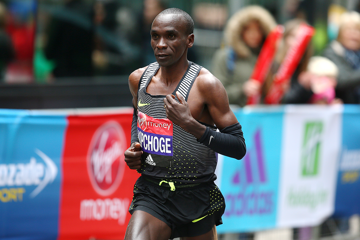 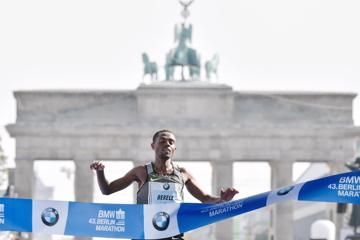 Bekele back to his brilliant best in Berlin...