If ever there was an athlete in the right place at the right time, it’s world 50km race walk champion Ines Henriques.

The Portuguese admits she was close to calling it a day after the 2016 Olympics, but then she and all women race walkers received the gift of a 50km to be included in major races at the start of 2017.

The 37-year-old has slogged thousands of kilometres in training and racing over the past 25 years, but owes a fair chunk of her late success to a race walker on the other side of the Atlantic.

Three thousand miles away, USA’s Erin Taylor-Talcott and Belgian-born Paul DeMeester did a gold medal job on getting the long event into the championship programme.

The pair successfully argued for gender equality, and the IAAF acceded by adding the distance to the programme for the IAAF World Championships London 2017 last August.

Taylor-Talcott was disqualified barely 10 kilometres into the race, but Henriques, following her 4:08:26 world record on home soil earlier that year, made it plain from the gun she was going home with $160,000 prize money for rewriting her record to 4:05:56 as well as victory.

Henriques took a leaf out of Taylor-Talcott’s book, and utilised the skills of DeMeester to add a women’s 50km to the European Championships in August.

Next target? The four-hour barrier

The Portuguese faces a minimum 100km of competitive road over four months as she intends to belatedly rake in trophies like a croupier collecting chips.

The first 50km of her year will also be the first separate race for women at the IAAF World Race Walking Team Championships on 5 May.

The European Championships will follow, and perhaps even another world record and a dip inside the milestone four hours.

Henriques points to her form over 35km set on the same Porto de Mos course in January where she set her first world mark in 2017.

“I cannot predict when it will happen (under four hours), but I'm working towards it,” she said. “The test I did at 35km gave me 2:45:51, and that gave me a good idea about what could happen.”

In fact, the third-placed man at the Portuguese Championships stopped the clock only two minutes and a handful of seconds in front.

If Henriques can keep going at something like the same pace, she will breeze a sub-four-hour clocking by anything up to four minutes.

Many athletes in the closing stages of a 50km race have entered the land of the living dead after overcooking it. But Henriques points to a sparkling CV since arriving on the scene in Sydney at the 1996 IAAF World Junior Championships over 5000m for a humble 25:17.22 and 22nd place.

“I have a 25-year career of more than 100 20km races completed, and who knows how many kilometres in training,” she says.

“My planning is not very different than when I was only training for 20km. Sure, at certain times of the season I have to increase the kilometres, but it is all very controlled, so as not to get into great wear and tear, and because of my age and career. I have to do more work that does not involve impact to prevent injury.”

What has changed significantly is a heady dose of limelight since winning her world title.

Henriques says she has long got used to the hard yards, but not a constant swap from training shoes to more glamorous footwear.

“What really changed in my life is to be better known, and cherished by the Portuguese, and a little around the world. It’s something that is still strange for me.

“I was voted Athlete of the Year by the Portuguese Sports Confederation, something I had never thought to achieve.

“My responsibilities have increased, and I am more requested for events, but I have tried to be the same person I was.”

One imagines there are plenty now who wished they had plunged into the uncertain waters of 50km as Henriques did.

She would be first to admit that individual bronze at the 2010 World Race Walking Cup, along with isolated team gold and silver, wasn’t the worst return for her endeavours. Many at the top have settled for less. But a quantum leap from there to world gold needs a bit of foresight.

Was she pushed or did she jump before making her 50km debut at Porto de Mos in February 2017?

“When I learned that the women's 50km became official, my coach Jorge Miguel set me the challenge of being first to reach the world record.

“But I had already mentioned that I wanted to attempt 50km before the end of my career.

‘The 50km came at the right moment’

“I like challenges. They give me energy, and I also knew I had nothing to lose. If I succeeded, it would be a historic achievement. So the opportunity arose and we grabbed it with all our might.”

It was a far cry from the tears she shed after being disqualified from the 20km at the European Cup in Podebrady last May, or her feelings after a disappointing 12th-place finish at the 2016 Olympic Games in Rio.

“For me, the 50km came at the right moment, because after the Olympics I considered finishing my career,” she says.

“I did not, because my body was still responding very well, and I love what I do and still could not live without being an athlete.

“However, I wish this opportunity had come before.”

One could argue Henriques would have found the going harder against bigger fields closer to her own abilities. After all, China’s Yin Hang notched an Asian record of 4:08:58 for second place at last year’s World Championships. And already this year, Spanish veteran Júlia Takacs notched 4:13:04, with team-mate Ainhoa Pinedo 4:18:56 in the same February race.

Ecuador’s Magaly Bonilla set a South American record of 4:19:43 and will be on the start line in Taicang, and Maria Czakova from Slovakia unsurprisingly set a national record 4:14:25 in Dudince in March.

But Henriques welcomes the sudden interest in the event from other athletes as she would rather see the women’s 50km event thrive.

“Now that the women's 50km is a reality at different championships, women from all over the world are taking to it very well.

“My big dream is to be at the next Olympic Games in Tokyo 2020 to compete in a women’s 50km with more than 30 women in competition.

“I hope that the IOC and the IAAF allow me to realise this dream.” 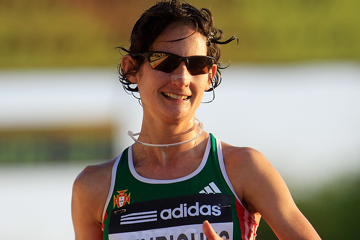 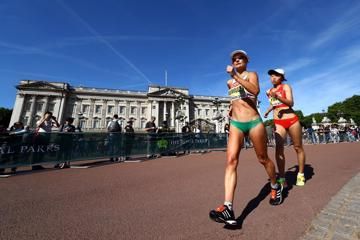 Gebrselassie vs Tergat in Sydney: a race about (almost) nothing