Hill: Everyone's path is different – all you can do is stay in your lane

Candace Hill very much believes that everything happens for a reason. That just like on the track, everyone’s path is different and that it’s important to stay in your own lane.

It took a little while for the 22-year-old to reach that realisation. To understand that in this journey we call life, her route may not be the same as for those in the lanes alongside her. And that’s okay.

In 2015, the US sprinter really blasted ahead on her path, becoming the youngest woman to ever break 11 seconds for 100m with a world U18 best of 10.98. Later that year she achieved a sprint double at the World U18 Championships, before 100m and 4x100m gold followed at the 2016 World U20 Championships.

She decided to go pro and fully focused on her sport after finding the transition from high school to college a challenge. But Hill now knows she needed that balance and that is something she has restored, putting her back on track.

Now based in Los Angeles where she is guided by coach Caryl Smith Gilbert out of the University of Southern California, Hill feels that everything is coming together – physically, mentally and spiritually. 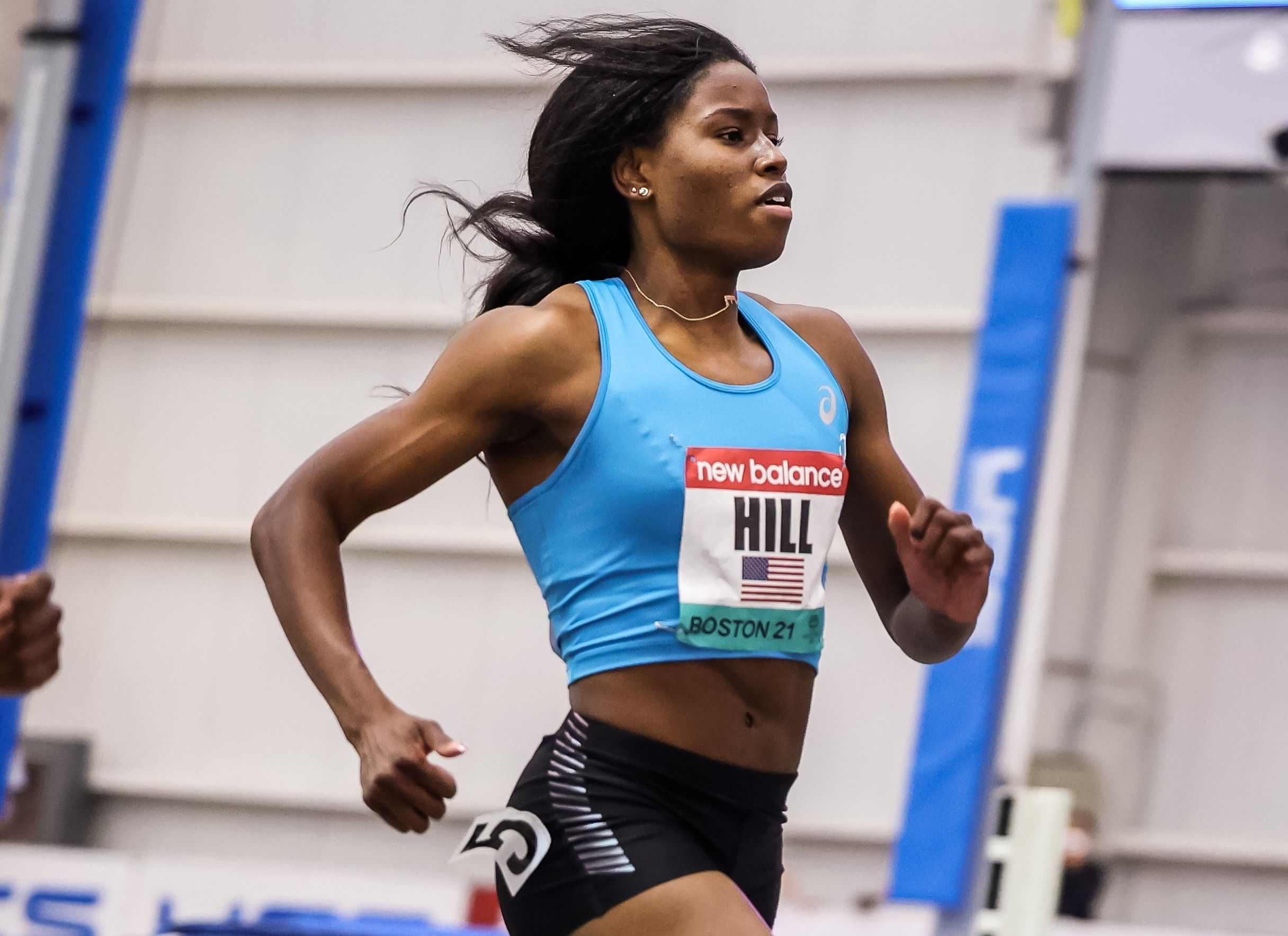 “It’s kind of a relief, things are finally coming together. I’m starting to see the light at the end of the tunnel. I like to look at it as a part of my journey and part of my process. The things that happened were meant to be, because they shaped me, they were learning experiences and they helped me to become the person I am today. If it wasn’t for those moments, and if it wasn’t for those trials and tribulations, I wouldn’t be as strong and empowered as I am now.”

“It took a while for me to understand that because I had so many people constantly in my ear saying: ‘you made the wrong decision’. It had me second-guessing myself. But I reminded myself every day: your path is different and this is specific to you and what you need.”

Hill talks passionately about mental health and her own journey, in the hope of helping others.

“If your mind is not in a great space, your body quickly follows suit,” Hill explains. “I feel like the thoughts in my head translated to pain in my body. My therapist told me that some of your emotional issues can form into physical pain, and that’s true.

“Mental health should be at the forefront and a lot of people should take the time to see how they are feeling emotionally before they work on what is hurting them physically, because a lot of it can be hand in hand. The mental side can control and trigger physical pain.”

Be a friend, to yourself and others

“Treat yourself as a friend and talk to yourself as if you’re talking to a friend, because that really helps,” Hill advises. “A lot of people go to self-sabotage. They are unfair with themselves. They compare their worst stages of life to people’s best stages of life and it’s an unfair comparison.

“To sit there and say okay, I’m doing the best I can – I’m waking up every day, I am doing what’s right, I’m doing my part, I’m handling the things I can control. It’s okay to feel bad, scared or angry – those are all emotions and a lot of people quickly associate negative emotions with the thought that ‘I need to supress them, or I need to get rid of them’. No, it’s a part of being human. Just like feeling happy is an emotion, feeling sad is an emotion too. Let it flow.”

Having support is key, Hill adds. “It’s okay to feel sad but when it starts to prolong and affect your daily life, that’s when you need to start reaching out.

“Become educated in mental health. A lot could be done there, especially in the developmental stages like in schools. I feel like they should teach classes with how to be acceptant of yourself and know that everyone’s path is different.” 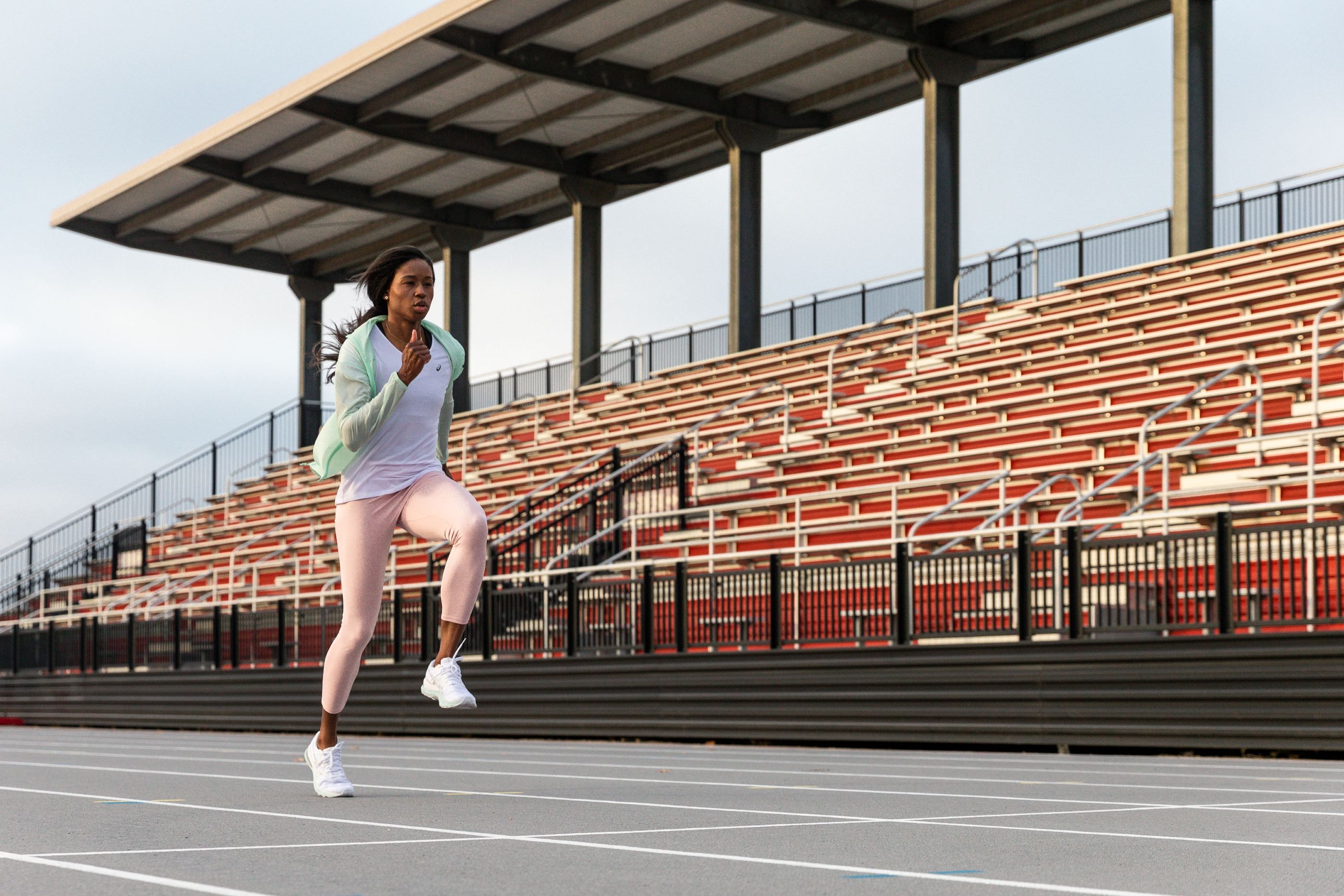 When it comes to the next steps on Hill’s own path, they are likely to include a return to study later this year, with psychology among her options, and a continued focus on balance.

“School was like my escape from track, and track was my escape from school, so I had a healthy balance,” she reflects. “When I took those two years off from school, I put more and more attention on track, which was unhealthy for me because I needed that escape. It seemed so overwhelming.

“I have been doing other things like calligraphy and reading. I have a healthy training environment and a really inspiring coach – she has had so much success. I have always wanted to train under her, even when I was in high school, so for it to come full circle like that, it’s like see – it happens for a reason.”

As well as her training group, family and friends, Hill’s support network includes her sponsor ASICS, whose ‘Sound Mind, Sound Body’ approach perfectly aligns with the sprinter’s own beliefs.

During Mental Health Awareness Month, ASICS also joined forces with US middle-distance runner Johnny Gregorek to raise awareness and funds for the National Alliance on Mental Illness of NYC through the Blue Jean Mile.

“When they first approached me and I heard of their slogan ‘Sound Mind, Sound Body’, I was like ‘wow’,” says Hill. “For them to be doing the ASICS Blue Jean Mile and for them to donate to the National Alliance on Mental Illness of NYC, it shows me that they really do care.

“They have been supportive of me throughout my whole journey, knowing that ‘okay she’s young – we’re going to give her more time to develop, we’re not going to hurry it and put all these pressures and expectations on her, we’re going to let her gradually grow into the runner that we believe that she is’. They have been helpful and supportive 100% of the way.”

BACK
Pages related to this articleAthletes
Candace HILL