Tallent, Henriques and Tysse ready to shine in Chihuahua

Five-time world and Olympic medallist Jared Tallent and defending champions Erik Tysse and Ines Henriques return to Chihuahua on Saturday (22) to contest the third leg of the 2014 IAAF Race Walking Challenge, now in its 12th edition.

Tallent, the 2008 and 2013 Race Walking Challenge winner, is eyeing his first victory in the northern Mexican city, where he finished third in 2009 and second in 2012. In his season’s debut, he was disqualified at the Oceania Championships earlier this month.

This time around, the 29-year-old Australian will contest the 50km, an event that promises to be a showdown with local hero, 2010 World Cup runner-up and 2011 Pan American Games champion Horacio Nava. Poland’s Grzegorz Sudoł, who set a personal best of 3:41:20 to finish sixth at the World Championships in Moscow, will also be in the mix.

With this field, they stand a great chance at breaking the course record of 3:48:38, set by Mexico’s Omar Zepeda in 2012.

The men’s 20km will mark the return of Colombia’s 2011 world bronze medallist Luis Fernando Lopez to Chihuahua, where he finished second in 2009.

Lopez, who is preparing to contest the 50km at the World Cup, will face off his younger countryman and 2012 world junior champion Eider Arevalo, who set a national record of 1:19:45 in 2013.

Mexico’s 2009 world bronze medallist Eder Sanchez is aiming at a fifth win on the Chihuahua streets, after missing the 2013 edition. He will be joined by Canada’s Inaki Gomez, second in 2013, Australia’s 2007 challenge winner Luke Adams and Norway’s Erik Tysse, trying the shorter distance after winning the 50km in 2013.

As in the past three years, the women’s 20km race promises to be another Portuguese affair with three-time defending champion Ines Henriques, Ana Cabecinha and veteran Susana Feitor confirmed.

Henriques is eying a fourth consecutive win on the Mexican circuit, where she achieved the most important accomplishment of her career by clinching the bronze medal at the 2010 World Cup.

Henriques and her countrywoman Cabecinha, second in 2013, went on to finish second and third in the overall standings of the 2013 challenge, behind world champion Elena Lashmanova of Russia. In Chihuahua, they will be joined by their compatriot Feitor, the 2005 world bronze medallist.

Organisers expect the arrival of athletes from 15 countries, with $50,400 in total prize money for the top eight in each elite event.

The event will also serve as a local qualifier for IAAF World Race Waking Cup, to be held in Taicang, China, on 3-4 May.

Races will be held on a two-kilometre loop course at the Ciudad Deportiva Sur de Chihuahua, the same course used for the 2010 World Cup. The city is located 1434m above sea level.

Host of the Mexican stop of the challenge since 2008, Chihuahua is the third stop of a 12-leg series that will travel to Asia, Africa Europe and Oceania over the next six months.

BACK
Pages related to this articleAthletes
Erik Tysse 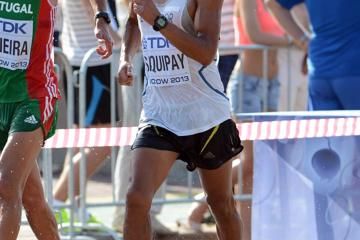 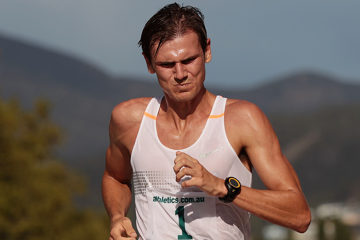