Mountain running in 2020: athletes look back on an unusual year

Normally at this time of year we’d be looking back at race highlights from the mountain running circuit, remembering the World and European Championships and World Cup winners. However, there was little normal about 2020. Some of the classic mountain races did take place in the second half of the year, much to the excitement of athletes, but opportunities to stand on a start line were limited. It was a year of adaptation for everybody - athletes, race organisers and the World Mountain Running Association (WMRA).

We spoke to members of the WMRA Athletes Commission about their experiences in 2020, the highlights (if any), the positives they can take away from the past year, and what their hopes are for 2021.

A loss of the ‘freedom to run’

Julien Rancon of France, where the lockdown was more restrictive than in many other countries, voiced the thoughts of many runners.

“2020 will obviously be a year that will go down in history,” he said. “The first thing that comes to my mind, apart from the fact that the sport’s movement has almost been on standby, is that this virus largely deprived us of the freedom to run in our mountains or restricted this practice.”

Rancon also had an injury that prevented him from running for a while once his lockdown was over, but all of this made the freedom to run again in the mountain so much sweeter when it was possible.

“In the autumn, I had great pleasure to run and above all to meet my friends to share good moments in training camps, and in the French Championship and in the Trofeo Nasego and Trofeo Vanoni. These will remain for me the highlights of the season, because living your own passion remains an essential thing.”

The Trofeo Nasego and Trofeo Vanoni were also highlights of the year for Andrew Douglas from Scotland. But these were two of the few races he was able to compete in in 2020. 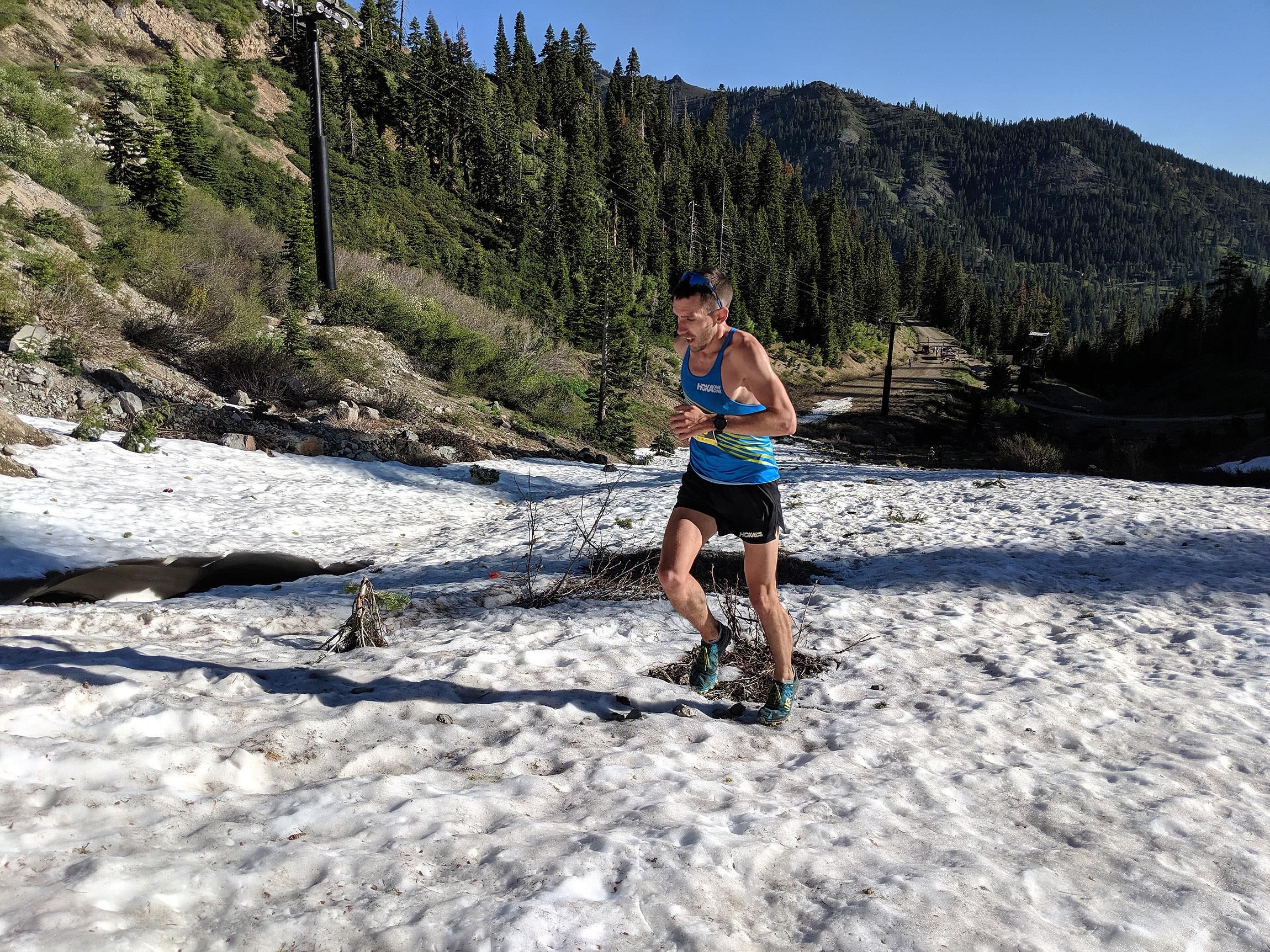 "This was a complete contrast to 2019 when I took a sabbatical from work and I was regularly racing most weekends,” he said. But he also found positives in the strange year, too.

“The thing I'm most positive about was that I was finally able to set some time aside to run in different places around Scotland that I had never been to before. A particular highlight was heading up to the northwest highlands and spending a few days there running up and down some glorious Munros with some friends.”

Over in the US, Joseph Gray could also appreciate some positives from the year.

“It was great in terms of being able to spend bonus time with the family and kiddos,” he said, but he was also disappointed by the lack of opportunity for travel and competition. But 2020 was a huge year for fastest known times (FKTs) and Gray made the most of his fitness where possible. “I only had a few races but highlights would be winning my first USA national title in snowshoe racing, setting the Boulder Skyline FKT and Enchantments Alpine Lakes FKT.”

Furloughed from his job - earning him the nickname of ‘the furlough pro’ in his native Ireland - Zak Hanna definitely made the most of the additional time he had to train.

“2020 turned out to be a great year for me, which to many may sound silly but I made a point of enjoying it rather than listening to all the negativity that has surrounded this year,” Hanna said.

“Since the lockdown started I managed to compete in 10 races, one at home in Ireland, eight over in Italy and then I finished the year off with a five mile road race. Piz Tri Vertikal, Fletta Trail, Vertikal Nasego and Trofeo Vanoni stand out as highlights for me, as I left these races really happy with my performances and it has left me wanting more for 2021.”

For Tunstall, an opportunity for a reset

But for some, 2020 ended up being less about racing and more about resetting.  For Sarah Tunstall it provided an opportunity to address an injury issue. 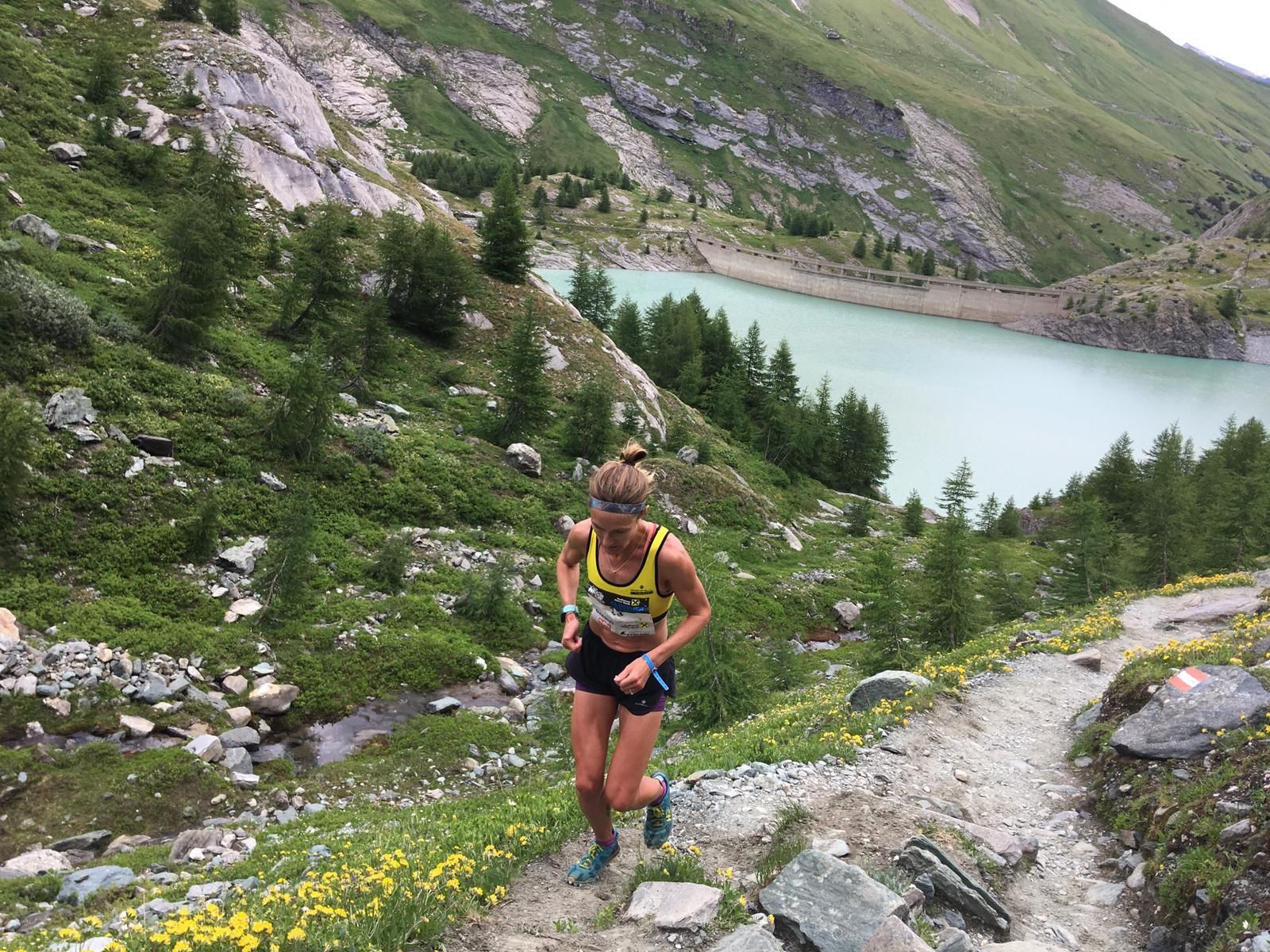 “I finished last season pretty decrepit and I wanted a break to get on top of injury issues and refresh myself,” Tunstall said. “2020 has been tough for all kinds of reasons, however, having no pressure of races has greatly helped me focus on the long-term health of my heels. I've also enjoyed exploring lots of new areas within the UK's Lake District.”

Sandor Szabo of Hungary used 2020 as an opportunity to focus on his mental and physical health.

“Unfortunately Covid was only the start of my problems,” he said, which included injuries, family bereavements and financial challenges. “But by the end of 2020, I can say, I got stronger mentally. I did not run a lot races this year - mostly because I couldn't - but I'm not sad about it. I needed this year to be well prepared what's coming next.”

Fujio Miyachi of Japan did race, but the atmosphere made it feel more like training.

“I participated in a race that runs around an old temple in Japan,” he said. “Some temples in Japan have a history of running and training in the mountains. I ran on that old road. Although it was a race, my feelings were calm as I ran silently in the mountains like training.”

Italy’s Francesco Puppi achieved some good success in races, winning the Fletta Trail and Dolimitenmann, setting lifetime bests at 10k and half marathon, and finishing seventh in the Golden Trails Azores, but he too felt that “it was the right year to focus on training rather than racing.

“I am proud to have had the chance and the willingness to adapt to circumstances and find different ways to stay fit and build something useful for me and for our future,” he added. “Because it's not just me. Among my goals I want to leave a legacy to this sport and I'm actively working for that.”

Obviously they were unanimous in hoping for some sort of return to ‘normality’, and a safe return to racing. Many expressed a lot of excitement for the World Cup and its line-up of races next year. 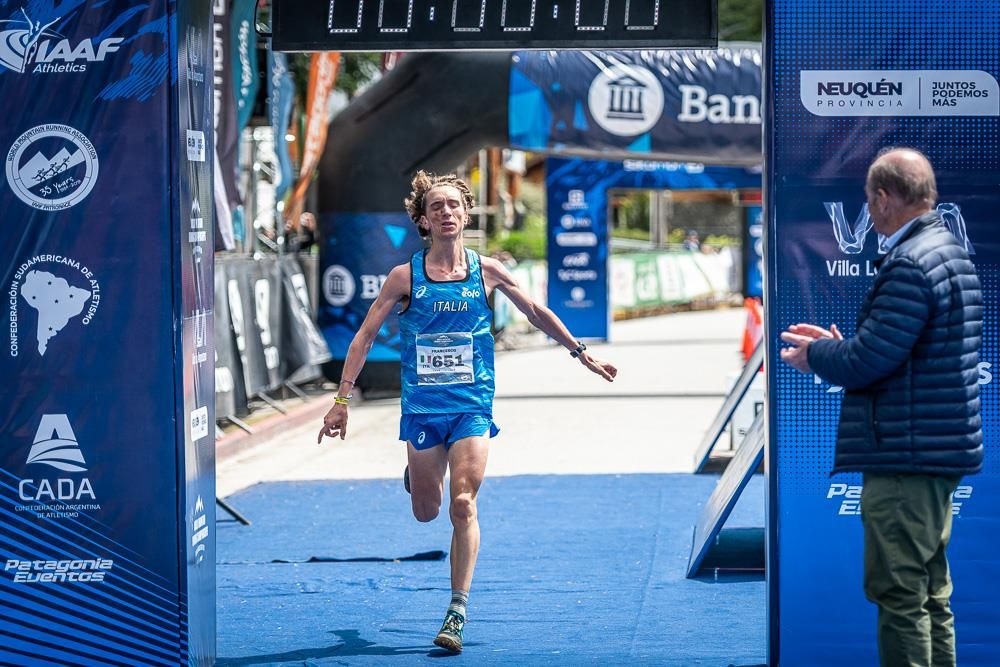 “In this new system,” Szabo said, “it will be interesting to compete in the World Cup. I would like to finish higher in the top 10, and I’ll do everything I can to do my best. I'm looking forward mostly to Broken Arrow, which was my favourite World Cup race in 2019, and Sierre-Zinal.”

Puppi is eager to take part in new additions to the World Cup schedule. “I am looking forward to running La Montée du Nid d'Aigle (in France), organised by my friend Elise Poncet.”

One newly-announced championship which athletes are particularly enthusiastic about is the inaugural World Mountain and Trail Championships, which will take place in Chiang Mai, Thailand in November. Douglas calls it “a mouth-watering prospect”. Puppi agreed.

“The first world mountain and trail running championship is obviously a main target and it will be a turning point for our sport: the joint efforts of WMRA and ITRA with the direct support of World Athletics will finally take effect. The fact that the WMTRC will take place every other year will give it more credibility and visibility, while allowing athletes to focus on other races and projects.”

Undoubtedly 2021 will still pose significant challenges for athletes and race organisers. One short-term problem could be various travel restrictions in different countries. Said Gray: “I just hope for a safe return for us all to racing high level races once again. I’m really hoping all athletes have equal access to major events again as well so as to keep the level competitive as in past years.”

It’s unlikely that many of us will move forward into 2021 without our attitudes to running and racing being changed in some way. For Douglas,

“Having missed racing and the social side of mountain running, there's going to be a much deeper appreciation to being involved in the sport”, said Douglas, echoing the sentiments of others.

“I just hope we can take the best we've learned from this pandemic and leave the rest, keep moving forward, finding new, sustainable ways for our future.”