Reinvented as a road runner, Gabius looks to Rio

Of all the athletics events contested at major championships, the marathon is often one of the most unpredictable.

But that same trait of the 26.2-mile race gives hope to those who have an outside chance of challenging for a medal.

Kenyan athletes, for example, dominate the road-running scene throughout the year and occupy many of the places on the annual world list. But at this year’s IAAF World Championships, no Kenyan athlete finished in the top 20 in the marathon. Seven of those top-20 spots were taken by European runners, while the race was won by little-known teenager Ghirmay Ghebreslassie of Eritrea.

Last weekend, Arne Gabius ran 2:08:33 at the Frankfurt Marathon. Not only did he break the German record that had stood for 27 years, but his performance was well inside the Rio 2016 qualifying standard, putting him in line to compete at his second Olympic Games.

“The second half felt like chewing gum,” Gabius said after the race. “It seemed to never end. It hurt all right.”

His coach, Renato Canova, knows a thing or two about preparing athletes for the big time in the marathon, as he also coaches two-time world champion Abel Kirui, among many others.

One year on from Gabius’s 2:09:32 marathon debut in Frankfurt, what Canova witnessed in this year’s race was an athlete capable of making an impact on the Olympic and World Championship marathons.

Leaning nonchalantly against a table in the crowded lobby of the race hotel, Canova explained the path of discussion between adviser and athlete in the past 10 days or so before Frankfurt.

“We had two possibilities for the race,” said Canova. “Either for Arne to have personal pacemakers and go through halfway no faster than 64 minutes and then try to run under 2:08, or – and this is what we chose – for him to run in the lead group which was going through halfway in 1:03:30 or 20.

“We did this because Arne is not so young – he is 34 – and, with a view towards the Olympic and the World Championships marathons over the next two years, he would have the chance of developing a better understanding of what happens up front in a race.”

The new German record-holder’s time sits outside the top 50 on this year’s world list. But taking into account the three-per-nation rule that would be applied at major championships, and factoring in the difference in racing tactics compared to big city races, Gabius now appears to be a genuine contender in Rio next year.

“It’s very rare (in championship marathons) for the first half to be run under 65,” said Gabius. “The American Meb Keflizighi won tactical races in Boston and New York and won an Olympic silver medal in 2004. It shows surprises can happen and those kinds of stories motivate me.”

The 2012 European 5000m silver medallist also feels that his background in racing on the track will give him an advantage over the pure road runners as he seeks to become the first German medallist in a global championships marathon since Stephan Freigang took bronze at the 1992 Olympics.

“If I have a really good day in Rio, I might finish inside the top 10 and that would be fantastic,” he said. “My experience of track races could help me because of the tactical aspect of championship races and that a lot of super-fast marathon runners never run races without pacemakers.”

Canova agrees that Gabius has gained crucial insight from the way he ran in Frankfurt in his second marathon.

“It was 100% more important that he did this (ran with the lead pack) and learned from it rather than running faster but in a competition which was not a race,” said Canova. “I believe he will improve further in the marathon and achieve a high placing in the Olympics but probably his best chance will be at the World Championships in 2017. All the top Africans want to run the Olympics but that’s not always the case with the World Championships.”

“I believe you can reduce the volume of running progressively for each marathon because the body has profited from what you have done before,” said the Italian coach. “It’s different with the Africans; they take long breaks after a marathon and often lose what they have. This is not a problem with Arne; he will rest for 15 days or so and then be back in training.

“By 2017 he should have run five or six marathons and will have a better understanding of tactics,” he added. “He has the brain and the mind to manage the competition which is completely different to a race with a pacemaker.”

Gabius agrees. “I’ll have a chance of being up there at the Olympics,” he said. “There can be surprises in the marathon, anything is possible.

Andy Edwards for the IAAF 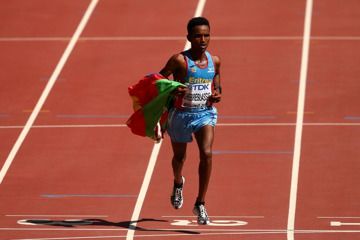 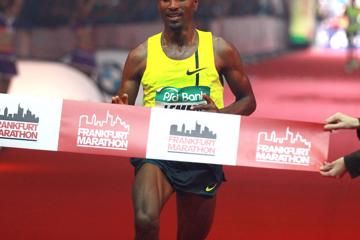