From track to road – an air quality first in Zagreb

Zagreb’s air quality efforts have advanced twofold thanks to a unique partnership with World Athletics that involved monitoring at both the Boris Hanzekovic Memorial and the Zagreb Marathon in the Croatian capital.

The combination of in-stadium monitoring and road monitoring is a first for the World Athletics Air Quality project, which launched in 2018 and is part of a broad campaign to raise awareness about air pollution around the world and the impact it has on elite athletes and recreational runners. The aim is to identify any sources of local air pollution by installing monitors that collect air quality data during athletics events, and then find the best solutions to combat it.

For Zagreb, the project fits with the city’s wider air quality initiatives and the proximity of the Boris Hanzekovic Memorial, as the final World Athletics Continental Tour Gold meeting of the season on 11 September, to the Zagreb Marathon, a World Athletics Label road race on 1 October, provided an ideal opportunity for monitoring at two major events.

Two Kunak air quality monitors were used at the Zagreb Marathon, one in a fixed location and another mounted to a bike (© Organisers)

“The city of Zagreb is trying to reduce air pollution, to minimise the number of cars in the city centre, so this project fits perfectly with the efforts of the mayor of Zagreb,” explained Prof. Marko Jakopovic, a respiratory physician and head of the medical and anti-doping committee at the Croatian athletics federation.

“Because we have two major events under World Athletics patronage, we decided to try to combine both events. This project is unique, to combine air quality monitoring in the stadium and in the city. With the results of our joint project, I believe that we can persuade other organisers to do similar monitoring.” 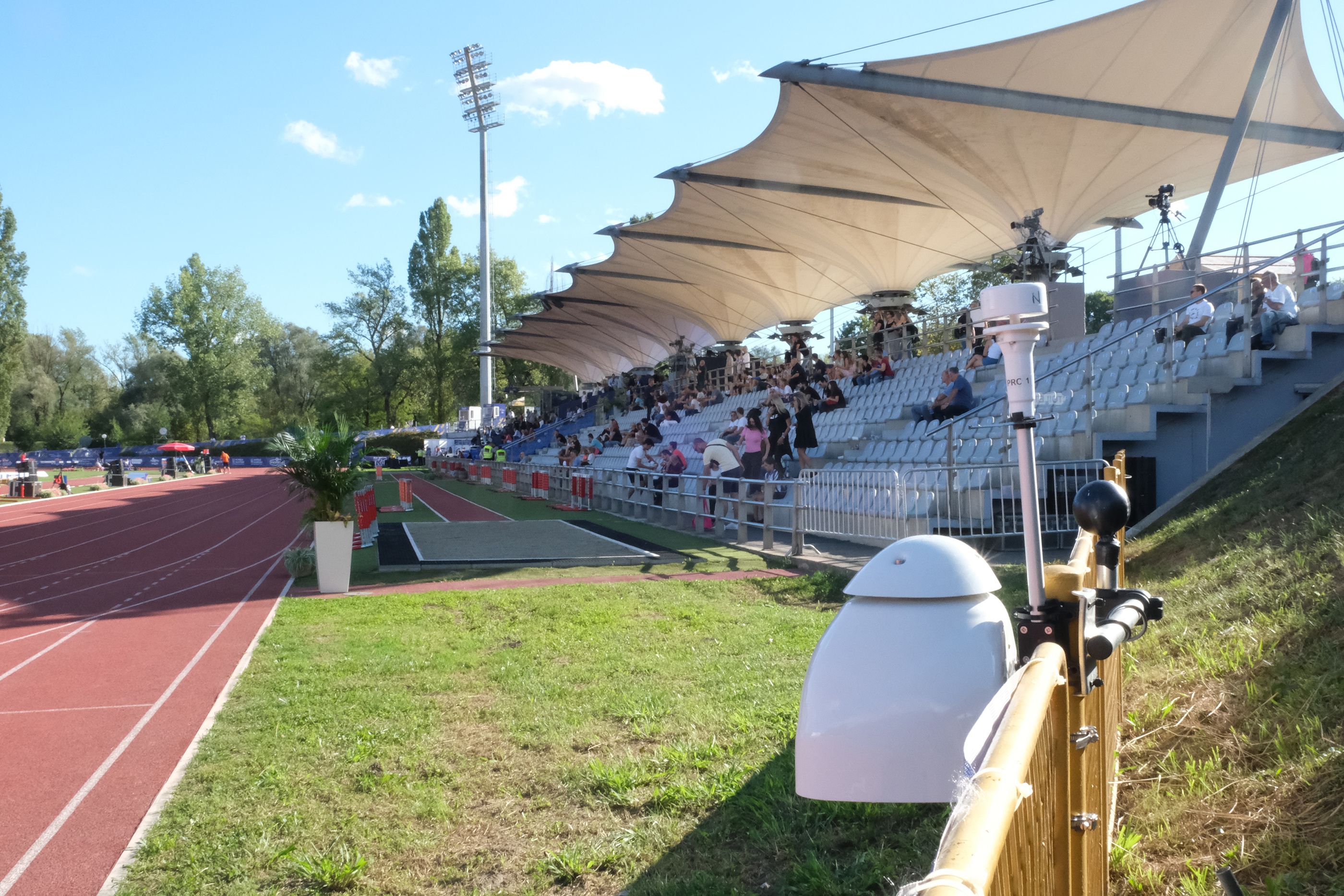 The monitoring at the Boris Hanzekovic Memorial involved installing a Kunak device next to the track at the Sports Park Mladost, while at the Zagreb Marathon two Kunak air quality monitors were used – one at a fixed position near the start and finish area at Trg bana Josipa Jelacica from 13 September to 1 October, and another mobile device that was attached to a bicycle following the athletes around the two laps of the 26.2-mile course. This mobile monitoring is the same method that was used during the marathons at the World Athletics Championships Oregon22.

“In contrast to the reference air quality sensors used by cities, which are often far away from where athletes train and represent average exposures for the general population, we believe in hyper-local and dynamic monitoring,” said Dr. Frederic Garrandes, medical and scientific coordinator in World Athletics’ health and science department. “This approach allows us to be as close as possible to what the athletes are breathing and to try, with the help of the organisers and the support of policy makers, to minimise their exposure to air pollution.” 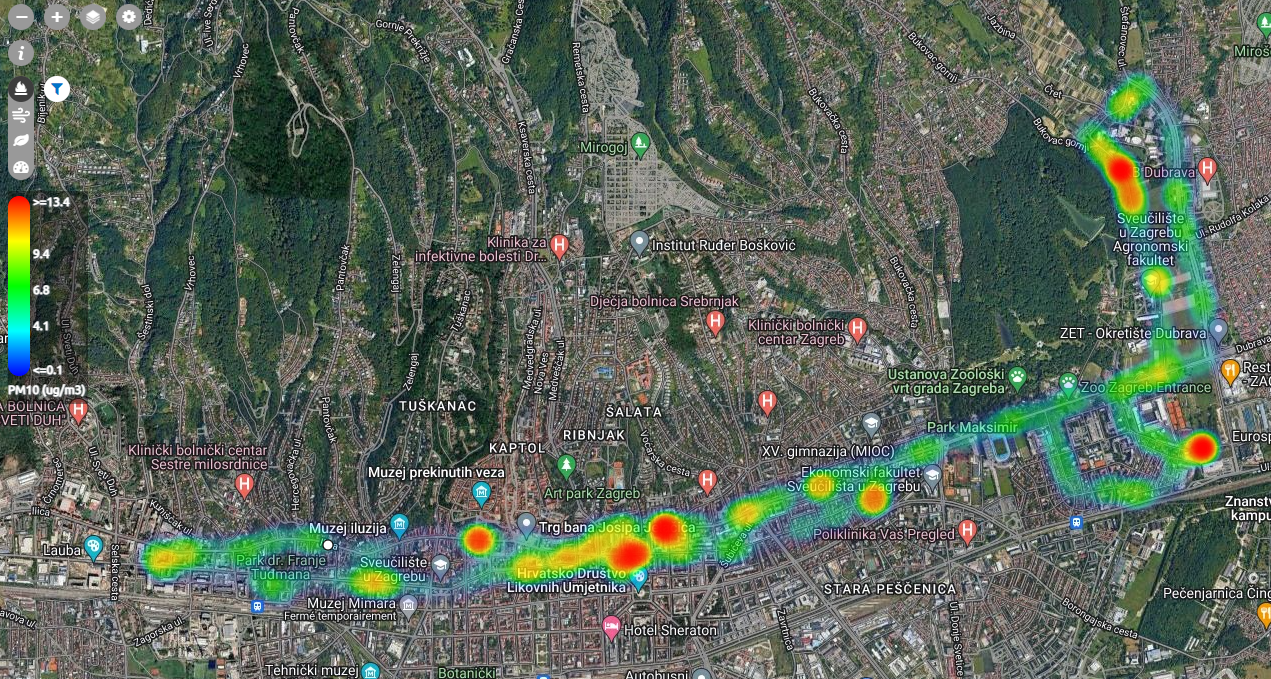 Various pollutants, including gases and particle concentrations, were collected, while meteorological parameters were also measured. At the Boris Hanzekovic Memorial, Air Quality Index values remained moderate, attesting a fair air quality. Similar results were recorded at the Zagreb Marathon, where the data showed very low concentrations of pollutant gases and particulate matter. Some very slight elevations in pollutant concentration were observed in the eastern part of the route and were not traffic related, but likely caused by fertilisers as it is an agricultural area. In the city centre, residential heating, and in particular wood heating, is another possible explanation.

“Most marathons in Europe already benefit from race day traffic restrictions, which improves air quality, and this is what we found in Zagreb,” Garrandes added. “Our wish now is to communicate our findings more widely to the urban running community and municipalities to ensure that the experience of running in the city under these conditions is sustainable and continues to be as beneficial and health-promoting as ever.” 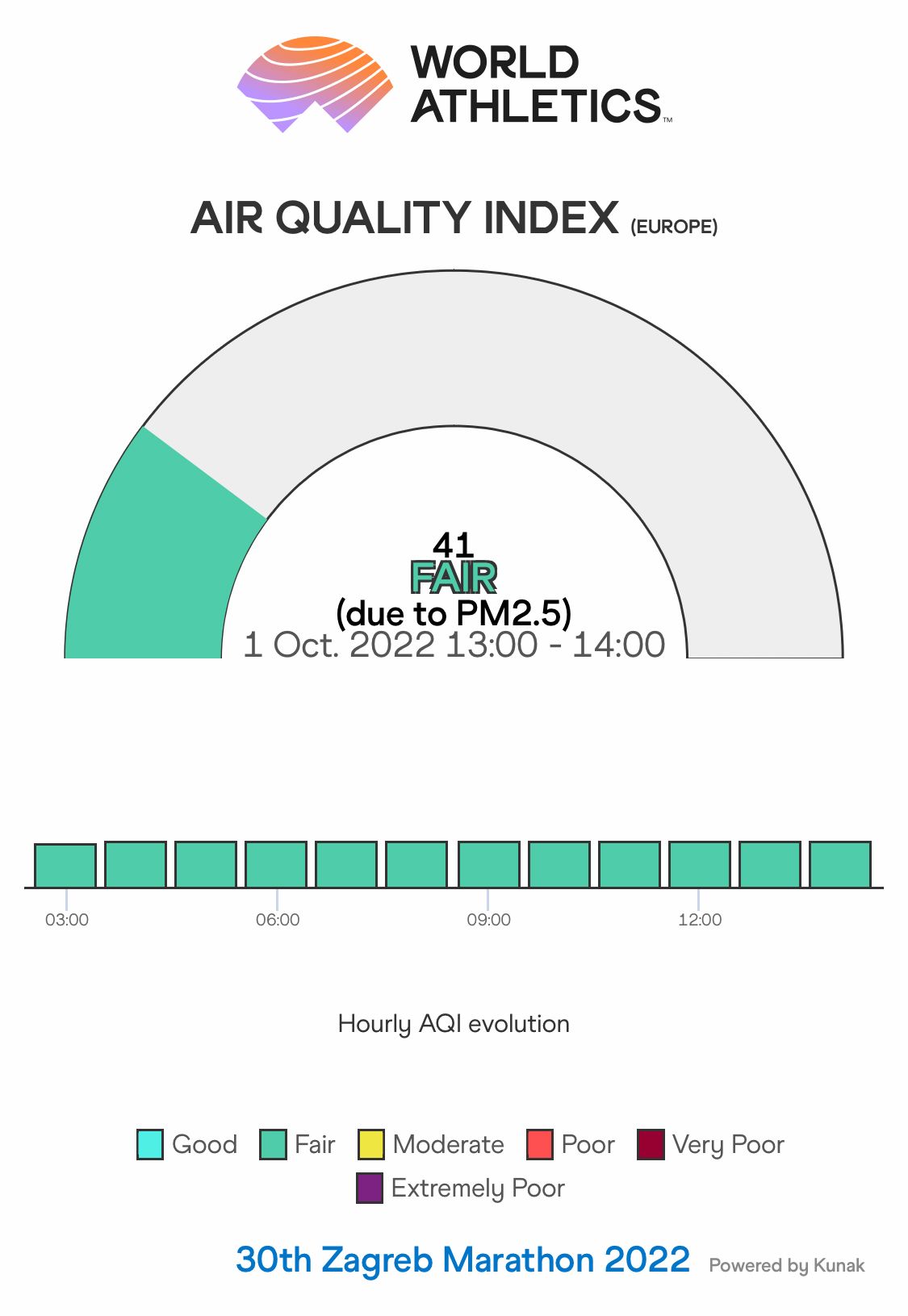 Jakopovic echoes that aim. “It is important to be able to offer runners a healthy and clean marathon,” he said. “Better results can be achieved with clean air and of course clean air will keep our runners’ lungs healthy.”

He added: “The reports look rather promising, with fair quality of air in Zagreb. It is obvious that air pollution is much lower in the main city square because traffic, besides electric trams, is not allowed. We have some hot spots with increased pollution, but I don’t see this as troublesome. We will look in more detail at the reasons for this increase in air pollution and then discuss it with city authorities to see how to improve it.

“Because most of the report is in green, I think we can offer our runners a fast track, and more importantly clean air, to try to get their PBs in Zagreb.”

Other event organisers looking for more information or to get involved in the project can contact healthandscience@worldathletics.org, while people around the world can join the race for clean air by signing the Every Breath Counts declaration to campaign for change. 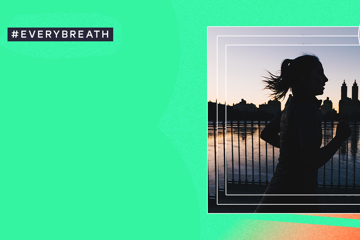 Every Breath Counts: join the race for clean ... 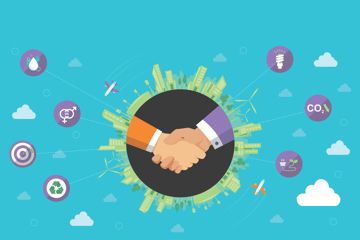