World Athletics has marked Earth Day by announcing that it will embed mandatory sustainability requirements into all the competitions that it owns or sanctions, in an effort to drive down the environmental impact of the sport.

Embedding principles of sustainability into event delivery is a core component of the World Athletics Sustainability Strategy, a 10-year road map unveiled in April 2020 whose goals include transitioning to carbon neutrality across all of its operations and owned events by 2030.

To assist organisers in delivering more sustainable events, the organisation has developed two tools that work in tandem: a Sustainable Events Management System available in English, French and Spanish, which offers best practice guidance that covers 15 key areas of event planning and delivery, and the Athletics for a Better World Standard, a certification that measures and scores an event’s achievement in sustainable delivery.

The Athletics for a Better World Standard will be scalable so that any event at any level, from a local parkrun or club track meeting to a World Championships, should be able to reach the highest standard of sustainable event achievement. The standard will be tiered, with gold, silver and bronze levels that will eventually have to be met as part of the sanctioning process.

Cities bidding to host upcoming World Athletics Series events, for which bids launch in the latter half of 2022, will be required to commit to a gold level achievement, making sustainability a core feature of our future events. World Athletics is urging all of its sanctioned events to pilot the system at its 2022 and 2023 editions before implementing it in 2023 and 2024.

“When we launched our strategy, I said our ambition is to be a leader in organising sustainable events as we go forward. That ambition will already bear fruit in 2022,” said World Athletics President Sebastian Coe. “The system we’re putting in place will be embedded into our bidding and sanctioning process and will make a measurable difference in the environmental and social impact of our events.”

While this requirement was among the year three deliverables of the World Athletics Sustainability Strategy, it is firmly in line with the concerns of athletes.

Sustainability will also be a priority for the World Athletics Championships Oregon22, whose local organising committee will also pilot the Athletics for a Better World Standard.

Some of the key elements of Oregon’s sustainability plan include:

• a focus on materials management that looks at the lifecycle impacts of materials, ensuring materials can be reused or recycled,

• a “Bring Your Own Water Bottle” campaign encouraging fans and participants to bring their own empty water bottles and fill up at one of the many water stations that will be positioned around Hayward Field,

• reducing carbon emissions by using renewable and bio fuels in its transportation fleet, and

Sustainability events on each continent

World Athletics’ sustainability efforts will also reach each of its six continental areas in 2022 through athlete and fan-driven campaigns.

An Area Sustainability Outreach campaign was launched last week in North America, where the return of the Carifta Games was celebrated by an initiative to plant a forest in host country Jamaica. So far, contributions have been raised to plant more than 2600 trees.

The World Athletics U20 Championships Cali 22 will be the focal point of the South America campaign in early August, followed by Europe and the European Championships later that month and Asia one month later when the Asian Games take the spotlight.

The campaign will culminate in Africa in November around the COP27 UN Climate Change Conference which will take place in Sharm-El-Sheik, Egypt. The ultimate aim is to plant 100,000 trees around the world by the end of the year. 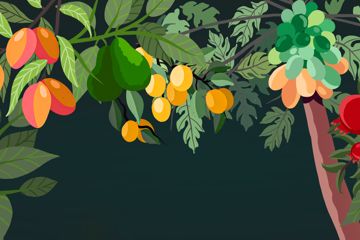