Refugee athlete Chajen Dang: ‘Sport has given me peace’

Don’t let your inexperience get the better of you.

That was the main objective Chajen Dang carried with her to the javelin runway at Stephen Keshi Memorial Stadium on the fourth day of the African Athletics Championships in Asaba, Nigeria, last August. It was a reasonable goal. At 17, she was competing in her first international competition and making her Athlete Refugee Team debut, one of seven athletes - all originally from South Sudan -- selected to make the trip to the capital of Nigeria’s Delta State. She was the only woman and the youngest. And outside of a few early jitters, Dang said she was pleased.

“I felt good. But it was a little scary since I was competing with seniors, but I tried not to think about that.”

Dang finished well down in the standings, but her best throw, a modest 28.41m effort, provided another marker for the teenager to aspire to and surpass.

“I gained valuable experience here. I’ll keep improving and one day I will win a medal.”

Given the resilience she’s already illustrated, that’s not as far-fetched a claim as it might seem.

Dang was born in 2001 in Nasir, a small town in South Sudan's Greater Upper Nile region, about 30 kilometres north of the Ethiopian border. For years the isolated region was racked by brutal conflict, first during the Second Sudanese Civil War which finally ended in 2011 after 22 years with the creation of South Sudan, and, after a fleeting peace, by the South Sudanese Civil War which began in 2013, when the ravaging continued.

When the South Sudanese Civil War broke out, Dang and her family - her mother, father and three brothers - found themselves among those scattered millions. Dodging bullets and her father's death are among her earliest memories.

"The sounds of the bullets,” she said, “they gave me great fear. And seeing what it's like all around, bodies on the roads - all really bad.”

After her father was killed, she was separated from her mother, and fled with a woman she calls her step-mother and eventually reached the Dadaab refugee camp in northeast Kenya in 2013 with her three brothers. One later died at the camp but she was eventually reunited with her mother.

"After one year my real mom came - we didn't know where she was. She just disappeared during the war. But she found us. She also came to the refugee camp and found us there. So we were together. I felt happy. Very happy."

She was introduced to sport at the camp, at first as a distance runner.

“We had a competition in the refugee camp and I did good," she recalls. Well enough to be selected to join the Tegla Loroupe Training Camp for Athlete Refugees in Ngong, Kenya, where she began training in November 2017.

“I wasn't selected as a javelin thrower. I was selected as a runner. I ran 5000 metres, but when I got to the camp, I realised that I would do better in javelin throwing than running. So then I focused on my javelin. And I started training this year with javelin.”

It wasn’t a case of love at first throw, but she has grown fond of her discipline.

“The first time I threw I didn't do too well. But I improved with the second (throw). There was a lot of fear in me. But by the time I saw how far I threw, I felt better.”

Chajen Dang, 17, fled the civil war in South Sudan to a refugee camp in Kenya in 2013. Dodging bullets and her father's death are among her earliest memories.

However last August she competed in the javelin throw at the African Championships in Asaba #IDSDP2019 #WhiteCard pic.twitter.com/tz6II6Albh

She’s part of group of 30 at the Loroupe camp --seven women and 23 men-- who train together, six days a week. She is the youngest, but enjoys it. “It feels good because they treat me well.”

Her typical day begins at around 5 AM, when her group goes for a morning run of "twenty, thirty or forty minutes". Then it’s back home for a shower then off to school. Classes start at 7. It’s a difficult balance, one that’s also meant attending extra classes as she works towards finishing up her primary seven education. But she has no regrets. "It's hard but we try."

Eventually, she says, she’d like to be a manager. Or maybe a coach. But in the meantime, she wants to get better on the field of play.

“I came here to show people that like other athletes, that it doesn't matter if you are a refugee or anything else, as long as you love your job, what you are doing, you can gain something from it. I did my best to focus.”

What has she gained so far?

"The sport has given me peace. That's the first thing I should say. It's helped me know many people, to interact with them. The relationships between the people here, is something great. You feel happy. You feel free.” 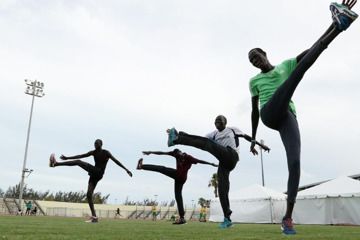 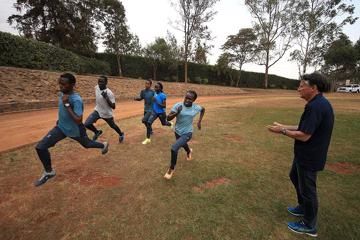 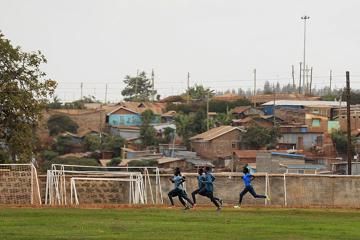 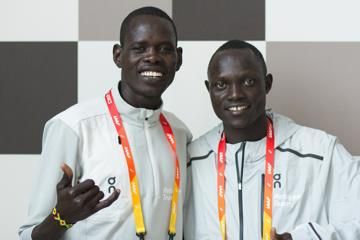