Athletes sound the climate change alarm in new video, 'We can fix this'

More than a dozen athletes from four continents, including reigning Olympic champions Eliud Kipchoge of Kenya and Neeraj Chopra of India, contributed to 'We can still fix this: Athlete Messages for COP26', a powerful four-minute video released today by World Athletics to coincide with the start of the COP26 United Nations Climate Summit in Glasgow.

The video includes passionate personal messages from athletes urging their fans, fellow athletes and others to rise to the challenge to combat climate change. It will be screened repeatedly over the next 12 days at various events in both the blue and green zones at COP26.

“We as athletes, whether we like it or not, are role models, and we can choose to stand up for what we believe in,” said Eliza McCartney of New Zealand, the 2016 Olympic bronze medallist in the pole vault. “We can choose to stand with the scientists, the indigenous peoples and the children of our planet. We can add our voices to those saying we will not stand by and accept the irreversible damage that has happened to our planet.”

“Today, our global community has a common goal ahead of us: to save our world from the ill effects of climate change,” Chopra, the Olympic javelin throw gold medallist, said. “For this, we all need to come together and work as one team.”

“As an Olympic race walker I've walked my city more than anybody else,” said Canadian Evan Dunfee, who raced to Olympic bronze in the 50km race walk in Sapporo earlier this year. “I'm acutely aware of how our past decisions have literally fractured our cities, making them less amenable to active transport and directly contributing to the ongoing climate crisis.”

“The science is clear – we must act decisively to combat climate change and we must act now,” said World Athletics President Sebastian Coe. “I'm proud of the way our athletes are responding to this great global challenge. The way they're becoming engaged in the issues. And the way they are using their voices to encourage their fellow athletes, fans and elected leaders. The message is that we must all work together for a healthy environment, for the future of our sport and the future of our planet. We should pay attention.” 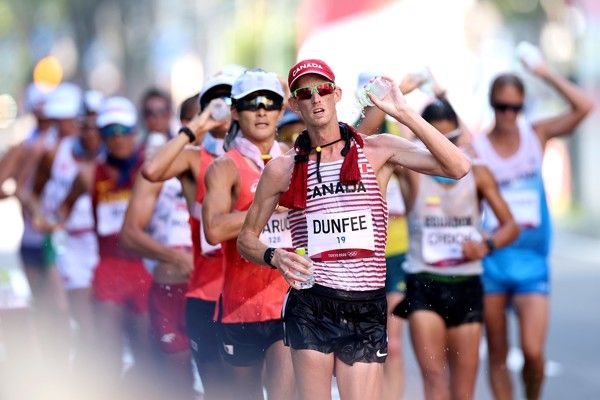