Refugee athletes Domnic Lokinyomo Lobalu and Paulo Amotun Lokoro finished 1-2 in the Harmony Geneva Marathon for UNICEF 10km on Saturday (11), the best performance ever by members of the Athlete Refugee Team.

Lobalu dominated the race, winning by more than a minute in 29:14 ahead of Lokoro, who represented the ART at the 2018 IAAF World Half Marathon Championships, who clocked 30:32. Four of the first five finishers were members of the Athlete Refugee Team who train at the Tegla Loroupe Training Camp For Refugee Athletes in Ngong, Kenya.

"I am very happy to have won today," said Lokinyomo, who covered the opening five kilometres in 14:20, by then already running alone. "I am going back to even more intense training when I return to Kenya."

Lokinyomo, 20, showed signs of solid form soon after the new year when he finished 8th at at Athletics Kenya Cross Country Series meeting in Kisii on 12 January. He was to race at a 5km in Monaco on 17 February and at the IAAF World Cross County Championships Aarhus 2019 on 30 March but was denied a visa on both occasions.

He's now targeting a spot on the Athlete Refugee Team for October's World Championships in Doha in the 10,000m where selection will be based on performances set this year.

Swiss runner Morgan Le Guen was third with refugee athletes Simon Ayong and Pur Biel rounding out the top five, clocking 30:53 and 31:37, respectively. Biel was a teammate of Lokoro's at the Rio Olympics.

Founded in 2015, the Tegla Loroupe Training Camp For Refugee Athletes is supported by the United Nation High Commissioner for Refugees (UNHCR), the IAAF and other organisations.

The team’s victory was celebrated at the finish line by thousands of spectators, including Rossella Pagliuchi, UNHCR UK's representative and Sukru Cansizoglu, Head of UNHCR programs in Kakuma, Kenya.

On Sunday, Gatkuoth Puok competed in the event’s half marathon, finishing 83rd in 1:21:37 despite suffering a severe stitch after the seventh kilometre.

Note: an earlier version of this story, based on incorrect results provided by the organisers, reversed the finishing order for Paulo Amotun Lokoro and Pur Biel. Lokoro finished second and Biel fifth. We apologise for the error.

The Athlete Refugee Team was also in action on the other side of the world, 9807 kilometres to the east at the IAAF World Relays Yokohama 2019.

Rose Nathike Lokonyen and James Chiengjiek, both 2016 Olympians, competed in the mixed 2x2x400m relay, an event making its World Relays debut. It can be described as something akin to an unsparing training session, with two runners running two laps apiece in a mixed format, their recovery dependent entirely on how fast their teammates would run.

"Yes, this was tough race," Lokonyen, 24, said. "But with better training we'll compete better next time."

"This one is a big challenge, it's a new event and sometimes you need a lot of work to learn how to run it.

Lokonyen and Chiengjiek shared some of their thoughts on the race and the competition in this video below.

Bob Ramsak (with Bernard Rono in Geneva) for the IAAF

BACK
Pages related to this articleAthletes
Paulo Amotun LOKORO 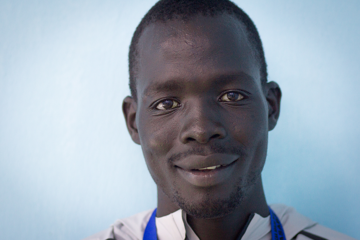 Lokinyomo: ‘I want to be the first refugee to... 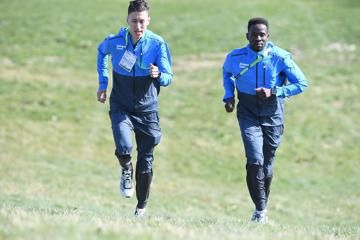 Mohammed and Nait-Hammou ready for their Athl...