She was always smiling. That’s the thing I remember most about Agnes Tirop. She was a very quiet person, but said hi to everyone, showing them that shy, sweet smile that everyone came to love.

I had known her since she was a junior, and years later we trained together in Iten, though we ended up taking different paths: I moved to the marathon; she stayed at 10K.

When she was killed, I couldn’t run for a week. For days, I just couldn’t believe it. A friend had called me with the news, telling me Agnes had been murdered, so I went to her place, and saw her lying on the ground.

My heart was absolutely broken.

That week, I talked a lot with friends, and we all said the same thing: This is a wake-up call.

Something has to change.

Agnes was known in the world, but the reality is violence in Kenya is happening to other women every single day, women who don’t know where to turn or how to escape.

We knew we had to come up with something strong to remember Agnes, to ensure her death led to some meaningful change. That’s why we started Tirop’s Angels.

The name is probably self-explanatory, but we used that word – angels – because we come in peace.

When we started, most of the men thought we were against them, against marriages. But our objective is to fight the evil elements and to guide and educate the next generation of girls and boys.

What do we want to achieve?

We want to celebrate Agnes’s life and we want women athletes to be given access to safe places so that if they are violated, they can still train and feel secure. We want to educate women about their rights because many don’t know them.

Violence is normalised in our society, and we want to make sure part of our culture is changed.

The truth is, women cannot speak up the way things are and Agnes’s tragedy could have been prevented if she felt able to speak up. We want to create a platform, an outlet, where if women are going through anything in their lives they can speak to us, share what’s happening.

After we started, we got some resistance, especially from men, but we were just trying to tell them that violence is not only about women. It happens to men too. Solving this issue will help all of us.

Since we started Tirop’s Angels, many athletes and domestic violence victims have shown up and called, reaching out from another training camp and telling me what they go through. They had fear at first, of course, but they’re becoming more expressive, more willing to raise their voice.

In our first few months we spoke with the Kenyan National Government, the County Government of Nandi, and Athletics Kenya, trying to show them what we’re doing, and they gave us a platform to market the foundation. They’re really supportive about doing something about this – going around Kenya to camps and trying to listen to athletes.

They believe we can change the culture, and so do I.

Most of the issue is that when female athletes are very young, they often get some support from a coach or someone who’s willing to give them shoes or connect them with a manager abroad. That’s where the manipulation starts and it’s based on money more than love, but they often end up marrying the young girls, who are then used as properties and often don’t even own anything in their names.

That’s what happened to Agnes, and it’s happening to so many young girls.

When she died, I hoped that male athletes in Kenya, particularly those with a big, international platform, would express their sadness and take to social media, calling for an end to such violence.

But there was silence.

Our men are still in the culture, and when this happens some men even feel like the woman deserved it. When we started our foundation, our first account was deactivated after being reported by someone who felt that by giving these women knowledge, we were going against marriages.

That’s what we are up against.

It’s really sad that we don’t have more men supporting us, but in many of their minds, the woman’s place is still in the kitchen or giving birth and taking care of babies.

Women are becoming more independent, and we should be more expressive. They should walk out of a relationship when they’re not comfortable. The issue in Kenya is that our culture doesn’t allow divorce so if your husband is not treating you right and violence is normalised, the society tends to just accept it.

When we set up Tirop’s Angels, our first step was to get it registered as a foundation. After that we wanted to get out there and connect with young athletes: both boys and girls.

Last month, we had the Memorial Agnes Tirop Cross Country, and that day was a powerful demonstration of what we hope to achieve.

We had Mary Keitany, Viola Cheptoo Lagat and many other wonderful women talking to junior athletes and the reception was nice, with many of the young girls wanting us to visit their camps.

They were speaking up more about what they were going through. Most of them don’t have much beyond their basic needs – racing kits and shoes – and that is where the predators, as we call them, come in.

We had a very successful meeting with the girls and we’re very excited to change the future. We promised them we’ll visit their camps and get a better understanding of how things are for them.

We were educating the junior athletes about violence, about being independent, and about coaches taking advantage of them. We will set up hotline numbers in case someone is being violated. Whoever they are, they should feel like they can call us.

We are just athletes, we don’t know how to handle the victims in that professional sense, but what we can do is offer them homes to continue training and have a place they feel safe.

In the months ahead, we will visit schools and camps to give them some knowledge about this, and our mission is also about talking to the boys – teaching them how to treat women.

We want many others to join us, because we all have a role to play in this.

Whether it’s the international media, World Athletics or event organisers, we need organisations to recognise us and work with us in our mission to end gender-based violence.

So many people talk about Kenyans running fast on the world stage, but few people talk about what Kenyan women have to go through on their way to the top. Over time, in the next five years, we believe we will change our society.

That way, Agnes Tirop can be remembered for all the right reasons.

For more information on Tirop's Angels and how to get involved, please get in touch with us at info@tiropsangels.org 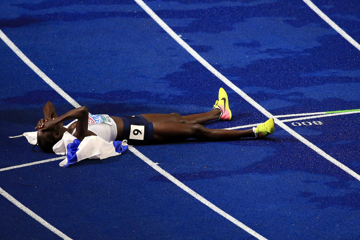 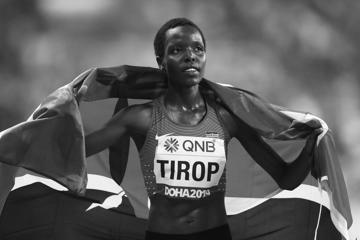 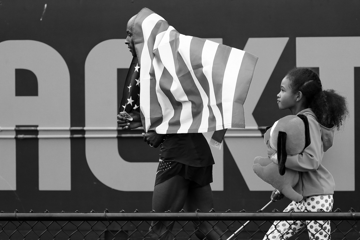