Earlier this month, the world of running lost one of its brightest stars. Agnes Tirop was just 25 years old when she was found dead at her home in Iten, Kenya, her alleged murder cutting short a life that left an impact on so many.

Tirop had long been one of the biggest talents in distance running. She won the senior World Cross Country title in 2015 at the age of just 19, then flourished on both track and road in the years that followed, winning 10,000m bronze at the 2017 and 2019 World Championships and setting the women's-only world record for 10km at 30:01 in September.

On Saturday, 23 October - on what would have been her 26th birthday - Tirop was laid to rest, with a massive crowd lining the roads to pay their respects. Here, members of the Kenyan running community share their memories of the woman they knew.

I was honoured to be the one who handed Agnes Tirop the flowers after she ran the 10km world record in Herzogenaurach, Germany. I had been invited by the organisers of the event and I was so happy for her.

Since 2014, I got to know Agnes and she had become a friend. She even came to stay and train with me in Kapsabet for about two weeks in 2015. This was after I had suffered a hip injury and recovered. She had a similar injury problem and had decided to come and stay with me so that she could get to work with the same physiotherapist who helped me heal.

Agnes was still young and still had a lot to achieve in her life. It is so sad to lose such a young soul. It is even more painful to know that her death was neither caused by sickness nor an accident, but that someone took her life.

In our last conversation, I told Agnes that I had retired from track running and that, being the reigning world champion in the 5000m, I was handing over the baton to her to go out and defend my championship title next year.

Then the sad news of her sudden death reached me. I could not believe it. For some time, I kept telling the people who were giving me the news that they were talking about a different Agnes.

To me, Agnes was set to be the next world and Olympic champion.

Later on, we met in Iten regularly but it was in 2018, when we trained together in the same group with Irene Cheptai, that I really became close with her. Although she was stronger than me in training, she brought me a lot of confidence and I made a huge step athletically, running 1:05:04 in Prague, which is still my PB today.

One thing that I remember is that Agnes used to like the song “Sindumbulu” from a local artist, Sweetstar, until we gave her the name of the song as a nickname.

Before the Olympics, I had a small injury and we met at the same hospital to seek treatment as she was injured too. She was always checking up on me, always giving positive energy, smiling, and very concerned about others.

I first got to meet Agnes in Nairobi during a cross country event. She had begun to shine earlier in her career and I used to admire her success and her running style. She used to motivate me a lot, given that she was younger than me and yet she could run faster. We got to know each other and she became my favourite athlete.

It was a great privilege for me when we eventually ended up in the same camp in Iten, under the same sponsor and the same management. Our friendship grew as we got to meet often for group training, massage, and on many other occasions.

With about six weeks to the Kenyan Olympic Trials for the Tokyo Games, we met at the massage room at Gianni Demadonna's camp in Iten and she was so concerned about an injury she had. We talked, and I encouraged her to keep focused on making the Olympic team. She got there in the 5000m and she called me after that race, expressing her joy at having made the team for Tokyo.

When she came back from the Olympics, she told me she was intending to focus more on road races, and even asked me how I had run the 10km world record and about the routes I used to train on before going on to break it. After she ran the women’s-only world record of 30:01, she was so excited and told me that with the help of male pacemakers she saw a possibility of going for the overall world record as well. That was her next plan.

Agnes was a close friend and was like family to me. She used to visit our home a number of times, and there is even a favourite seat she would always like sitting on, a seat that now reminds me of her whenever I enter our living room.

We had talked together on the Monday before her death and I informed her of some presents that the Kenyan National Olympic Committee had sent me to deliver to her, and we had arranged to meet later in the week. But then I was to get the devastating news before we got to meet. I had to take the presents to her family instead.

As an athlete representative, I have had the chance to travel with Agnes to many major competitions when she went to represent the country and she has always been such a nice, humble and lively lady to be around. She would often address me as “Madam”.

She was always full of smiles and spoke very little. She was one of the favourite athletes with the national coaches and officials as she was so self-disciplined and would never argue with anyone. I remember how beautiful she looked in her apparel during the Olympic Games in Tokyo.

Sometimes, words can be very limited in describing some occurrences in life. Such was the case when I heard about the passing of Agnes Tirop. It sounded unreal.

When it finally sunk in, I could only wish there was a way to press a rewind button to the last time she was alive so we could prevent her death.

Memories of watching her running in different cross country and track races quickly flooded my mind and I could hardly believe that we were not going to see her running again.

Agnes was one of my favourite athletes to follow since I first spotted her running effortlessly to win a number of U20 cross country races from around 2012. I have written numerous articles about her, including when she had gone to represent Kenya at the World Cross Country Championships, winning the junior race in 2013 and the senior title in 2015.

She had an exceptional natural talent that made her a world star at the age of just 16. She had a special gait that made her running look so smooth, effortless and so exciting.

She still had so much to achieve in her running career.

There was such solidarity among athletes from Kenya, Uganda and across the world in planning her funeral: the huge procession and campaign to end gender-based violence when her body was taken from Eldoret to her home village in Nandi; the practical steps being taken by athletes to make sure Agnes’ death will be the last one to happen in such a manner.

It showed to me that she was always a heroine, even in her passing.

I have known Agnes since around 2015. She was always smiling and she made everyone around her smile because of her infectious smile. She worked so hard, achieved big things but always remained humble.

Her death has left me with so many questions. Like, how can someone going through so much still manage to smile, laugh, and perform so well?

I wish I knew the hugs that she gave me and my husband were the last ones. I would have hugged her tighter and longer.

I miss her presence, her warmth. I hope she is happy where she is and resting with angels until we meet again.

BACK
Pages related to this articleAthletes
Agnes Jebet TIROP 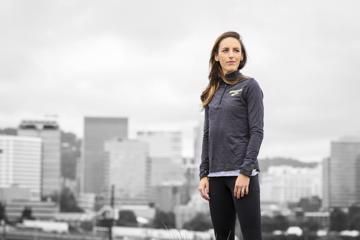 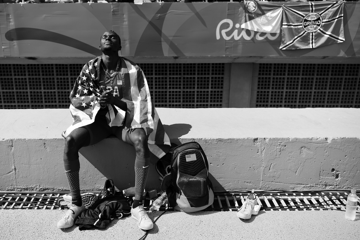 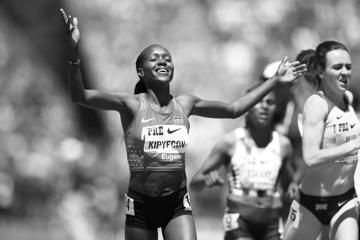