Tatyana Chernova and the Heptathletes in Beijing (© Getty Images)

She was not entirely unknown heading into the IAAF World Junior Championships, as she had won the World Youth title just one year prior. But given the fact that she was one year younger than most of her opponents in the Chinese capital, few expected her two-day performance to be so dominant.

Her winning score of 6227 was more than 200 points ahead of silver medallist Ida Marcusson of Norway, and ranks her in the top seven junior heptathletes of all-time. Chernova’s score is also the best by a junior heptathlete since Sweden’s Carolina Klüft broke the World Junior record in 2002.

The 18-year-old won five of the seven events in Beijing, setting PBs in four of them. Indeed, her marks in the Long Jump, Hurdles and Javelin Throw would have been good enough to qualify for the individual event finals and even challenge for medals.

But Chernova would be foolish to concentrate on just one event as her future undoubtedly lies in the Heptathlon. With great sprint speed, superb jumping ability and a good throwing arm, she is quite simply the ‘all round package’.

“My favourite events are the Javelin, Long Jump and High Jump,” said Chernova, who has been training for six years. “But I feel I have most room for improvement in the Shot.”

While her Shot Put PB (12.26) is relatively low, it certainly isn’t a disaster event for Chernova and she will surely improve as her strength develops.

For Chernova, athletics is very much a family affair. Her mother, Lyudmila, won an Olympic gold medal in 1980 as part of the Soviet Union 4x400m relay team, while her father, Sergiy, oversees her training sessions.

She also sometimes trains with three-time World long jump silver medallist Tatyana Kotova and it is a set-up which is clearly working – shown when Chernova leapt to a 6.35m PB in Beijing.

But Chernova does not look up to Kotova for inspiration, nor does she idolise the likeable Olympic champion Carolina Klüft. Instead, she is inspired by her mother.

“I look up to my mother and I’d one day like to be an Olympic champion like her,” says Chernova. “Winning here has given me a lot of confidence for next year’s European Junior Championships, and I know I’m capable of scoring even higher.

“How high? There are no limits.”

Tariku Bekele the younger brother of the more famous Kenenisa Bekele achieved what the World record holder for 5000m and 10,000m never managed in his junior career, a World Junior track title, while an outstanding solo performance from Kenya’s Irene Jelagat also delighted a near capacity crowd at the Chaoyang Sport Centre for the last night of the 11th IAAF World Junior Championships. 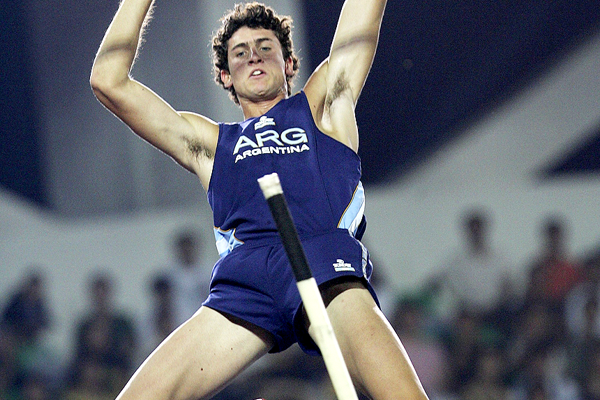