World shot put gold at last for Crouser in Oregon

For a brief moment, Ryan Crouser must have been fearful that history would repeat itself.

The two-time Olympic champion was seeking his first world shot put title – and in his home state too. He came close to achieving it in Doha three years ago but was beaten to gold by just one centimetre by Joe Kovacs in what went down as the greatest shot put battle in history.

Crouser, who went undefeated in 2020 and 2021, had also been hopeful of winning the world indoor title earlier this year, but he was dealing with a nerve issue which affected his throwing arm and was beaten by Brazil’s Darlan Romani.

So when Kovacs took the lead in round one and then regained it in round five, Crouser had to fight back any feelings of déjà vu and focus on the task in hand.

Cheered on by a home crowd, he did exactly that and responded to Kovacs’ best throw of the night with a championship record of 22.94m to secure the gold medal and lead a US sweep of the podium.

All five of Crouser’s valid throws landed beyond 22 metres. He opened with 22.21m to take an early lead, but later that round Kovacs began with 22.63m. Compatriot Josh Awotunde, meanwhile, sent his shot out to a lifetime best of 22.24m to bump Crouser down into third place.

Crouser, the world record-holder, regained the lead in round two with a heave of 22.71m. World indoor champion Romani, meanwhile, improved to 21.90m to move into fourth place while Kovacs and Awotunde didn’t improve.

Tom Walsh, world champion in 2017 and bronze medallist in 2019, landed a throw of 22.08m to move into fourth place and then Awotunde set another PB of 22.29m to consolidate his third place. Inspired by those improvements, Kovacs sent his shot flying out to 22.89m to move into the lead, a comfortable 18 centimetres ahead of Crouser.

Crouser, however, kept his cool and stepped back into the ring – the same one from which he set his 23.37m world record last year – determined not to let another gold medal out of his grasp, and motivated by the vocal supporters in the crowd.

His shot flew high into the air and landed comfortably beyond the 22-metre mark. It wasn’t immediately clear whether it was farther than Kovacs’ best, but a few moments later the distance was confirmed at 22.94m – a mark which, perhaps satisfyingly for Crouser, added three centimetres to the championship record that Kovacs had set in 2019.

The pressure was then on Kovacs in the final round to respond. He achieved a solid throw – 22.42m, his fifth 22-metre effort of the night – but this time it wasn’t enough to displace Crouser at the top. No one else improved on their positions in the final round and Crouser could breathe a sigh of relief, having finally earned his first senior world title.

"It was so special to do it here, my home state," said Crouser. "I remember throwing in this ring when I was 12 years old. Seventeen years later, this is more than I could ever have dreamed of.

"This is such a special night, being part of the USA sweep in the shot put at the first World Championships on home soil. This is something I'll never forget, it's probably the proudest moment of my shot putting career. The USA has so much depth and has been dominant for so long. We've been talking about a sweep for a long time and we've finally done it.

"Congratulations to Joe Kovacs, who competed fantastically as always. Josh also had an amazing night, he had one hell of a night. The atmosphere was amazing and the crowd was so energetic. This is a night I'll never forget." 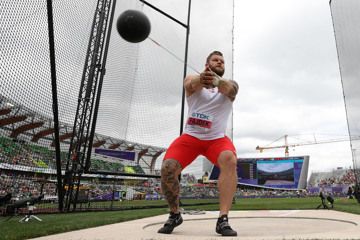 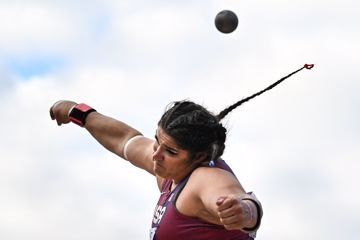 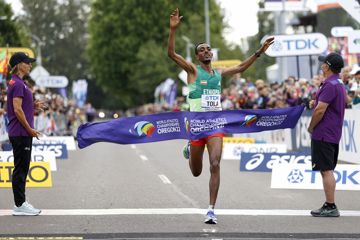