The World Athletics Championships Oregon22, in collaboration with the Museum of World Athletics and Travel Lane County, is proud to announce the creation of the Oregon22 Heritage Trail across the state of Oregon.

In honor of the first World Athletics Championships in the United States, the Oregon22 Heritage Trail is honoring 22 of the state’s iconic track and field stars with commemorative plaques developed by the Museum of World Athletics (MOWA). The plaques will be located in the athletes’ hometowns or at locations that were meaningful to the athletes.

“The goals of this legacy project are to create a commemorative and permanent reminder of the World Athletics Championships coming to Oregon,” said Kari Westlund, the President and CEO of Travel Lane County. “We want to connect Oregonians and visitors to our state to these incredible athletes not just during the event, but for years to come.”

“It is our hope that through this project we can educate and inspire the public about Oregon’s deep connections to track and field through its many global medalists from communities of all sizes,” added Sarah Massey, CEO of Oregon22. “We want this trail to serve as a reminder to all Oregonians, and especially youth, to dream big.”

Oregon22 Heritage Trail plaque eligibility was based on four criteria: achieving global medal status, no doping violations or connection to doping, retired from professional competition, and a resident connection to Oregon before or beyond college competition.

The eight women and 14 men selected to be part of the Oregon22 Heritage Trail have combined for nine Olympic gold medals, four Olympic silver medals, eight Olympic bronze medals and numerous indoor and outdoor World Athletics Championships medals. Goodwill Games medalists and World Cross Country Championships medalists are also being honored. A full list of the honorees can be found below.

MOWA, which developed the plaques, is a 3D virtual museum of athletics that takes people on an interactive journey through the history of track and field, highlighting legends such as Jesse Owens and Allyson Felix. MOWA launched an in-person heritage exhibit in Pioneer Place in Portland in early April, with a second in-person exhibit due to open at the University of Oregon in Eugene on June 23. 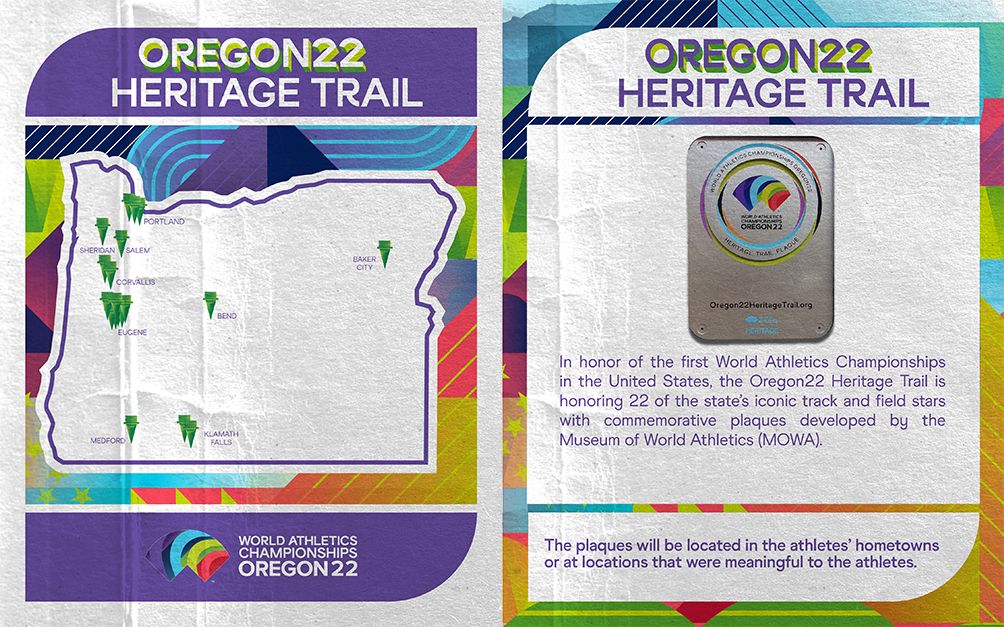 The Oregon22 Heritage Trail honorees are:

Margaret Johnson Bailes won a gold medal in the 4x100m relay on the world-record setting U.S. team at the 1968 Summer Olympics in Mexico City when she was a Churchill High School senior. Johnson Bailes also made the finals of the 100m and 200m at the Mexico City Olympics.

Joni Huntley won a bronze medal in the high jump at the 1984 Los Angeles Olympics. Huntley also won the gold medal at the 1975 Pan American Games and a silver at the 1983 Pan Am Games.

Annette Peters won the bronze medal in the 3,000m at the 1994 Goodwill Games. 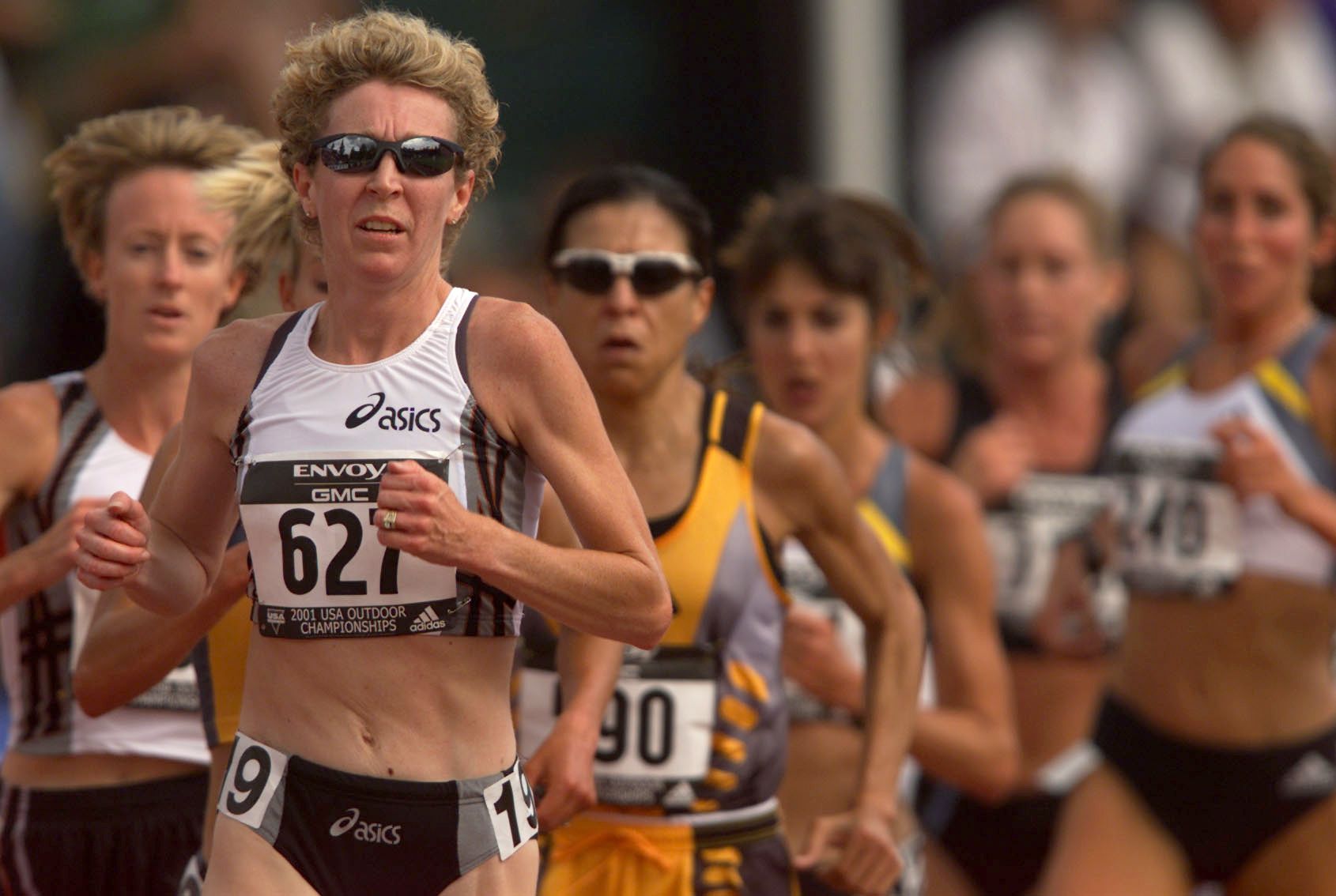 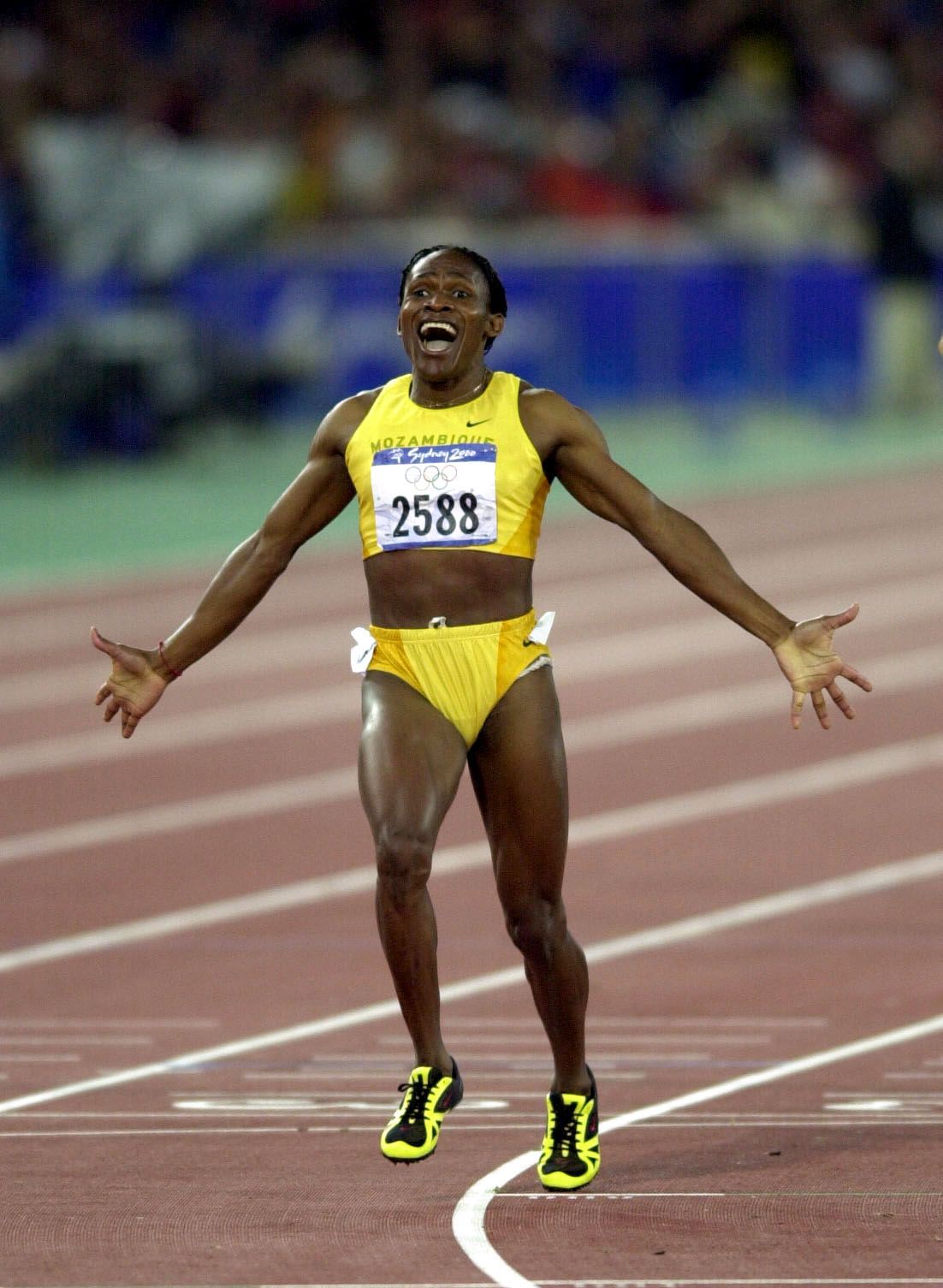 Kelly Blair LaBounty won the bronze medal in the heptathlon at the 1998 Goodwill Games. 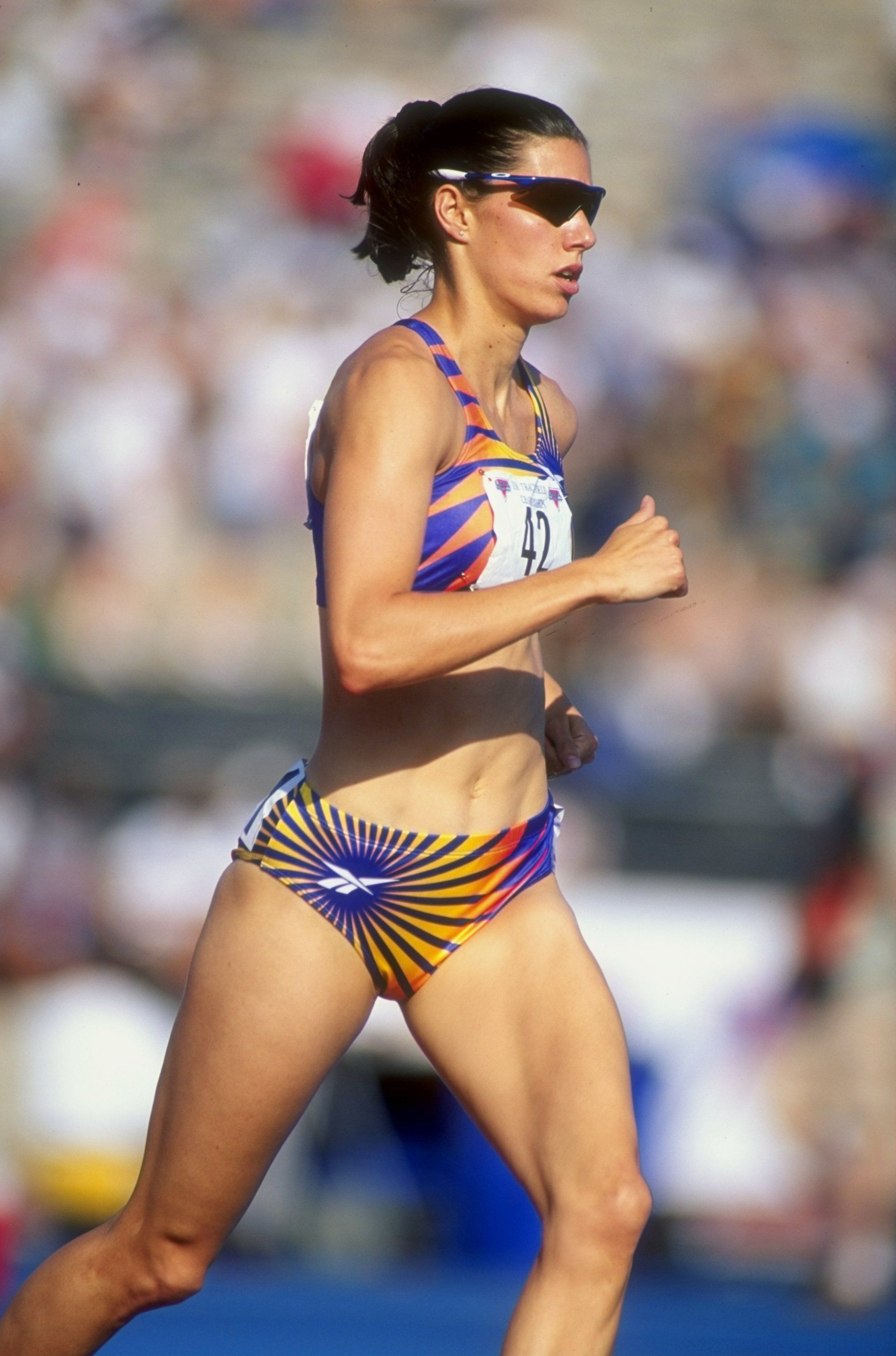 Shalane Flanagan was the 2008 Olympic silver medalist in the 10,000m. Flanagan also won a bronze medal in the 2011 IAAF World Cross Country Championships. 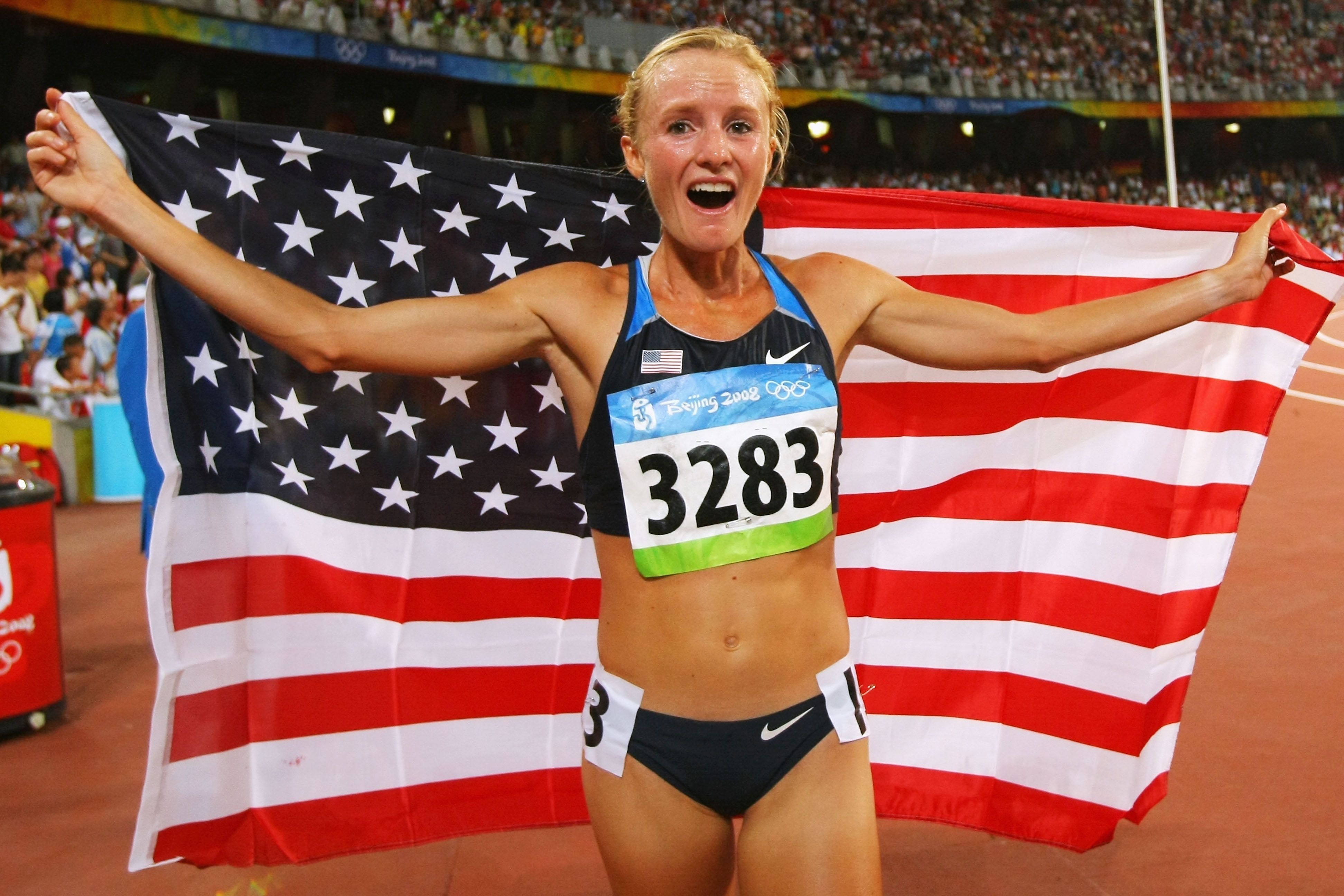 A.C. Gilbert won the pole vault at the 1908 Olympics. Gilbert, who invented numerous things throughout his life, invented the pole vault box where pole vaulters now plant their pole as they try and scale new heights.

Dan Kelly was the 1908 Olympic silver medalist in the long jump and Oregon’s only Olympic track and field medalist from Eastern Oregon.

Forrest Smithson was the first of two Portland residents with back-to-back Olympic medals in the 110m hurdles when he won the gold medal at the 1908 London Olympics. Martin Hawkins became the second Portland resident to medal in the 110m hurdles with a bronze medal at the 1912 Olympics in Stockholm, Sweden.

Ralph Hill was the first U.S. man to medal in the 5,000m at the Olympics when he won the silver medal at the 1932 Los Angeles Olympics.

Bill Dellinger succeeded Bill Bowerman as the University of Oregon men’s track and field coach, but before that, the Springfield High School graduate was one of the best distance runners in the world. He won the bronze medal in the 5,000m at the 1964 Tokyo Olympics.

Dick Fosbury won the gold medal in the 1968 Olympics in Mexico City. His style of jumping, where he went over the bar back-first, was known as the Fosbury Flop and revolutionized the event.

Mac Wilkins continued the U.S. tradition of discus excellence at the Olympics with a gold medal in the 1976 Montreal Olympics and a bronze medal at the 1984 Los Angeles Olympics. 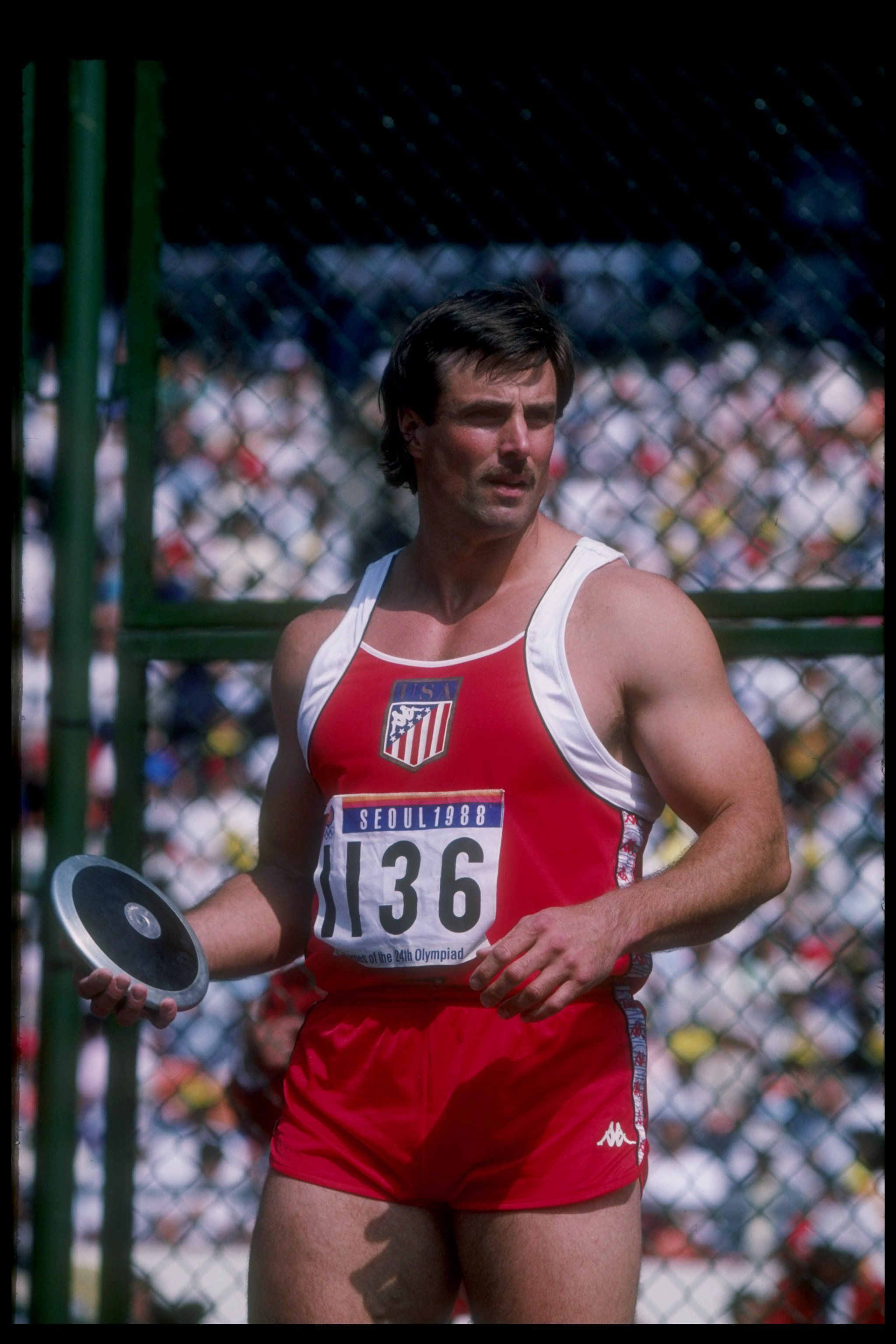 Dave Johnson was the first U.S. man to medal in an Olympic decathlon in 16 years when he took the bronze medal at the 1992 Barcelona Olympics. 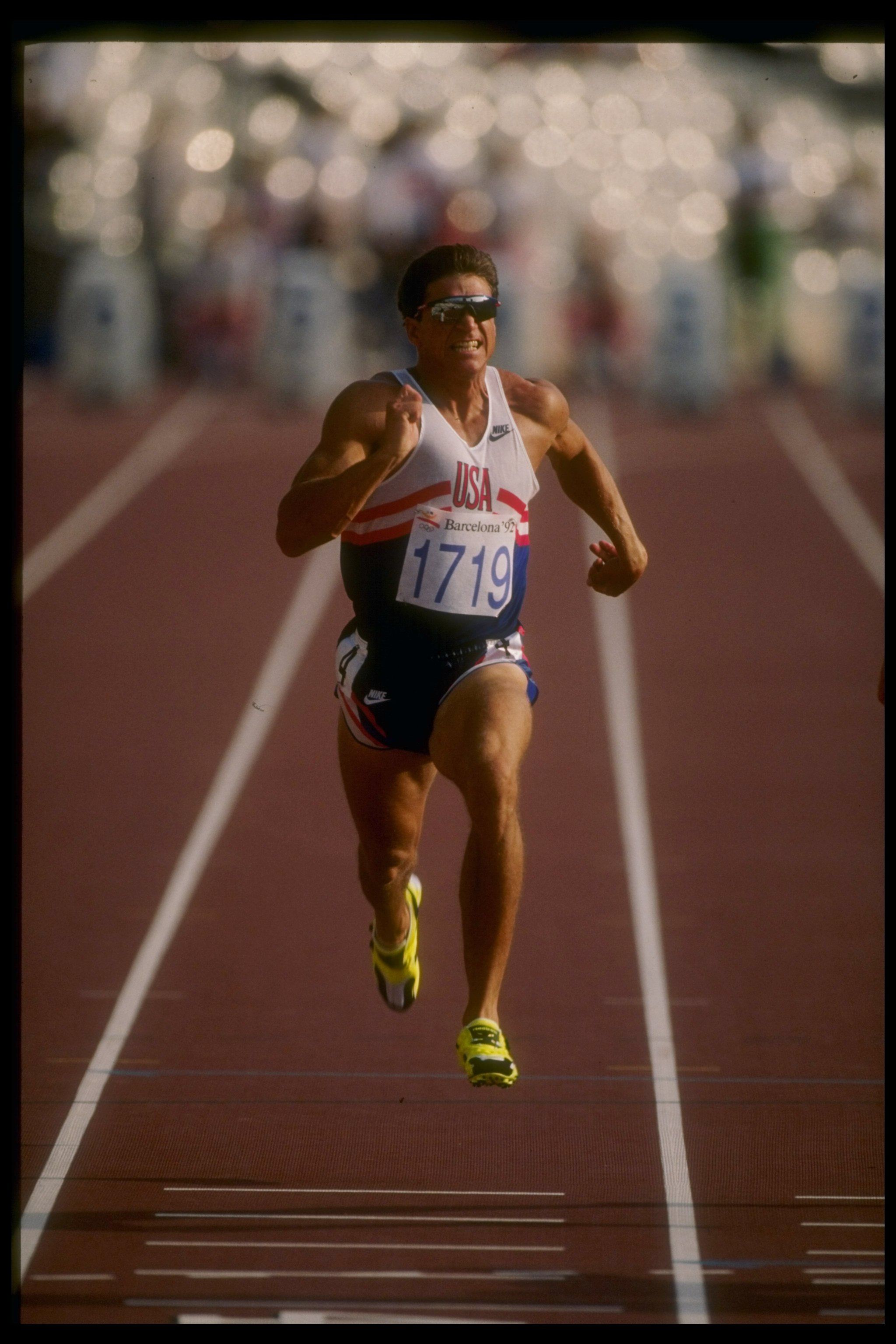 Lance Deal gave the U.S. its first Olympic medal in the hammer throw since 1956 when he won the silver medal at the 1996 Atlanta Olympics. Deal also was the 1999 Pan American Games gold medalist. 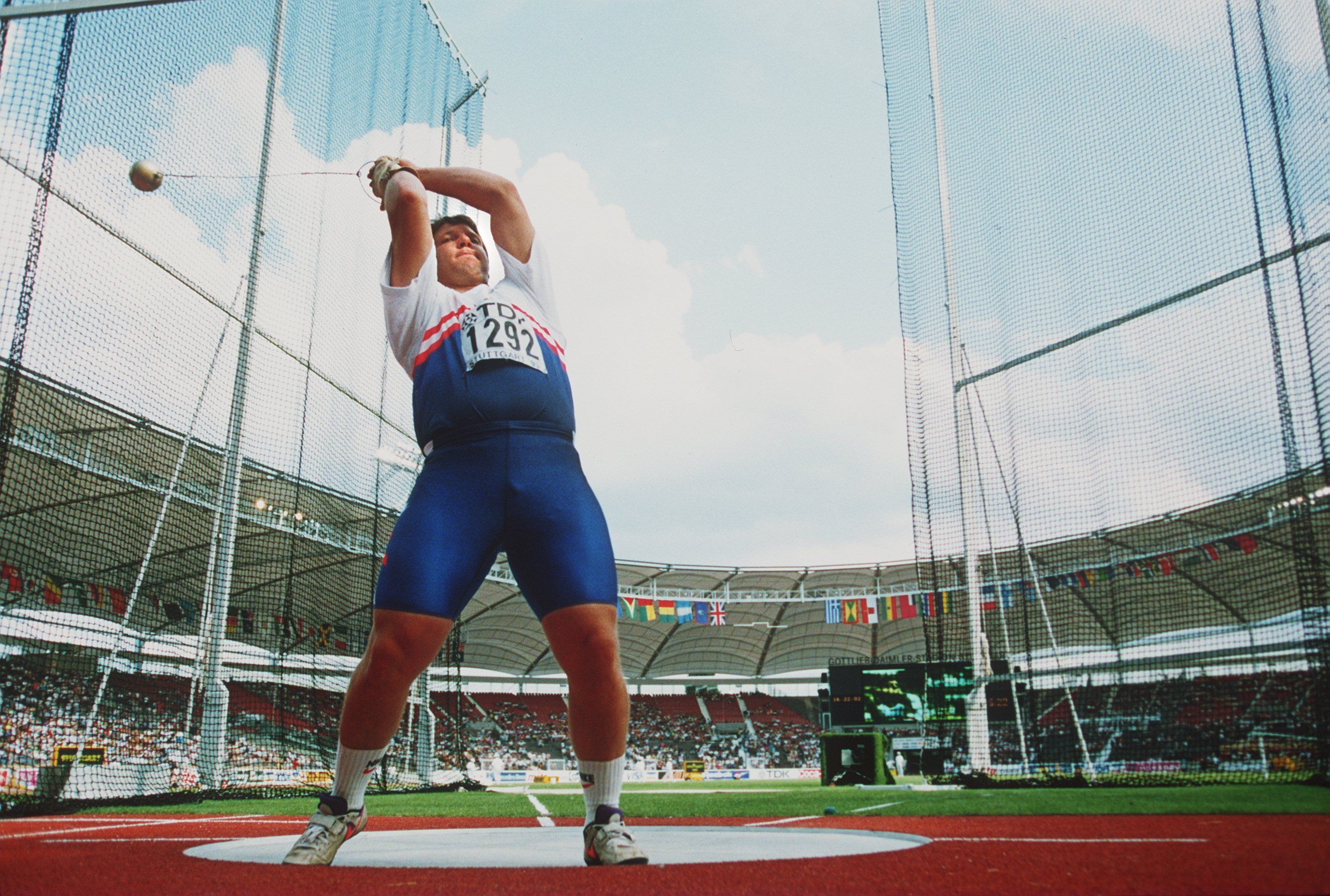 Nick Symmonds was an NCAA Division III star at Willamette University in Salem before becoming the Unites States’ best half-miler for nearly a decade. Symmonds won the silver medal in the 800 meters at the 2013 World Athletics Championships. Learn more about the Heritage Trail and the 22 athletes here.