When I was eight, my brother had just started doing athletics and it looked like a lot of fun. My dad would always bring me along to training, so one day I decided to give it a try myself.

Now, if you told that same eight-year-old girl that she’d become an Olympian in her first two years of hurdling, she wouldn’t have believed it.

Honestly, I’m still in awe about it now.

I know there are people who spend their whole lives dreaming about becoming an Olympic medallist. I never really had that because, while I am a dreamer, I like to dream in things I feel I can accomplish.

I didn’t realise I could take my talent to a higher level until I started doing hurdles in 2019. In just my third race I was able to get the World Championship standard and I was like, Okay, maybe I can do this.

I started hurdling as a way of adding a bit of fun into training. But before I knew it, I really started to miss it when we didn’t do it, and at that point I was already doing 15 strides easily. So we thought, maybe we could try competitions and see how it felt.

And I really loved it.

I loved the challenge of keeping focus and staying alert until the very last hurdle, while also having a plan B ready if things weren’t working out the way you wanted. You really can think about the race more; it’s not just about feeling the right pace which was something I struggled with in the 400m.

It was a welcome challenge, and I’ve loved the hurdles ever since.

Before the pandemic and the Olympic postponement, I had set goals for 2020.

It’s funny, but the other day I found my training diary from that time. I found my goal back then was top 12 at the Olympic Games. When I read that I immediately went up to my coach: Do you remember this?

I progressed a lot in 2019 and 2020. I started to train at Papendal with Laurent Meuwly and my former coach, Bram Peters, became his assistant coach. It was a really nice way to start working with a new coach and in a new environment, but without too many changes.

For the first time, I was going to really focus on hurdles. We decided to keep it simple: focus on doing things better than last year.

What could I improve? I made the semi-final in Doha, so it was about getting closer to the final and being at a higher level. I wasn’t thinking about actually being a finalist. Well, maybe if I had a really good year? But the level was so high.

When Covid-19 hit, we weren’t allowed to train at our track or sports centre, but the Games weren’t postponed yet so we started to train in the forest. Yes, the forest.

We trained as best as we could. I started to develop a better base because we were doing more endurance, so it was good for me. And when the Olympic postponement became official, we trained through and competed when we could.

I knew it was a big goal, but I had such a good year and I thought if I could just keep this going, try my best and motivate myself, maybe I could get bronze?

That’s why racing throughout 2021, indoor and outdoor, was so important for me.

I love to race, so if my coach asks I always say yes. After I ran in Vienna in January, we saw that I made a lot of progress again. If I did the 400m indoors, I could become European champion. So why not?

When I think back on how I opened my season, in 50.96, I didn’t know I could run that fast or that I was going to break the Dutch record. It just happened. It was really amazing.

Even though I finished the indoor season undefeated, consistently broke the national record and became European 400m champion, the 4x400m gold also meant a lot.

It was a team effort and a lot of the girls were also my training partners, so to have that last one with them was everything. And the men also won before us, so it was a Dutch party on the track.

Once we headed outdoors, I knew I needed more hurdling experience, so I kept racing. I was a little nervous. Sometimes I’d ask myself: Can I keep this up?

But the more I hurdled, the more I knew my body and technique were in good shape.

Even though I was racing, I didn’t have true competition until Stockholm where I lined up with Shamier Little. We stuck together all the way to the finish and when I saw the clock at 52.37 I didn’t believe it. I was like: No, I cannot run this. I was in complete shock.

The other day someone asked me: “What was one of your happiest days of 2021?” And, of course the Olympics are one, but Stockholm is another because it came out of nowhere. I knew if I did everything right, maybe I could run 52.9 or 52.8, but 52.3?

That’s when I knew I was more than ready for Tokyo.

Heading into the Games, I felt all the emotions.

I was obviously nervous since it was my first Olympics, but I was also confident. My plan was to take each day step by step and not think about the final too much.

For me, the heats are just a way to show yourself again that you can do this, and you know how. They’re not always as sharp as the final, but we made a plan to save some energy by opening fast and relaxing over the last few hurdles and it worked well.

Once I made the final, all I knew was I really wanted to run 52-low.

I can still see the race.

I got over hurdle one and I could already see Dalilah moving fast, but I told myself to focus on my own rhythm and to keep going. As I passed people I could feel myself getting close to some hurdles, but that usually happens, so I kept telling myself to stick to the plan, which was to be with Sydney and Dalilah at 300m.

I knew that was my only shot.

When I came to hurdle eight, I saw Sydney, I saw we were about level and I told myself: Just try to go with them. Then, by hurdle 10 I started to get really lactic, but I kept my focus because you always have a hurdle to take.

In the last 40 metres, I was like: Oh no, I can’t keep up with them, they’re running away from me.

But then I was like: Wait, I’m running for bronze now.

I crossed the finish line and all I could think was: Did I really get bronze? Did someone pass me at the finish?

And when I saw the time, 52.03, I couldn’t believe it. To be in a world record race, set a new PB, a new national record, European record — a new everything — it was crazy to take in.

Honestly, it didn’t really sink in for a while. Once I took some time with it, it hit me that no one will ever be able to take this Olympic bronze medal away from me. And that’s so special.

I also feel the same about records. Thirteen national records in one year is unbelievable. Whenever I set a new record, I always tried to make it big for myself, but sometimes, since they’re also new PBs, I almost forget about it.

At one point my parents were like: “Fem, you know this is not normal to set a new national record every time?” And I knew that, but each race there was still something to improve, which led to the next record and the next and the next…

It’s still weird to say that I’m the fastest female 400-metre hurdler in Europe, ever. But it’s pretty amazing, too.

Now, my eyes are on the World Championships in Eugene this summer.

I know there’s still so much to improve in my technique and acceleration, but it’ll require a different mindset because I’m not the same athlete I was a year ago.

Any personal best or national record will require a really big moment from me now. But at the same time, that pushes me every day to get to a higher level to make my bigger goals more realistic.

If this year has taught me anything, it's to dare to dream bigger. It’s possible.

BACK
Pages related to this articleAthletes
Femke BOL 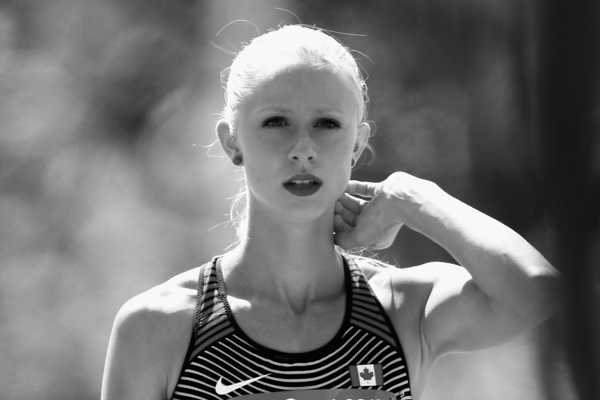 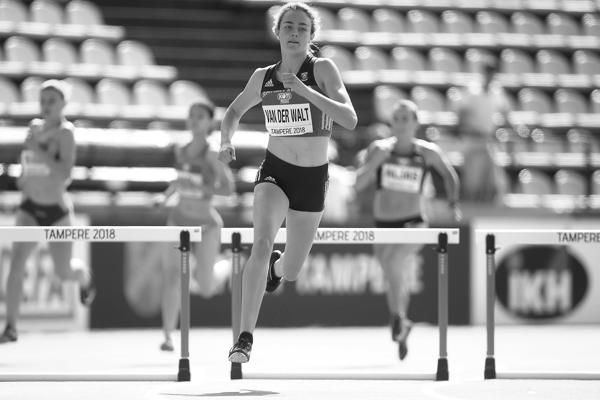 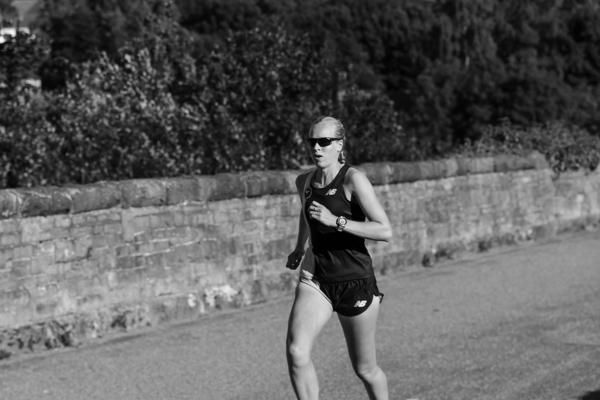