Peter Norman statue to be built honouring his legacy

Peter Norman, Tommie Smith and John Carlos on the 200m podium at the 1968 Olympic Games in Mexico City (© Getty Images)

Athletics Australia, in partnership with the Victorian Government, will honour Peter Norman’s legacy as an athlete and advocate for human rights by building and erecting a bronze statue at Lakeside Stadium in Melbourne.

Norman earned a silver medal in the 200m at the 1968 Mexico Olympics and his time of 20.06 remains the Oceanian record today.

However it was Norman’s brave stand in solidarity with US gold medallist Tommie Smith and bronze medallist John Carlos on the podium that will forever live as a special moment in Olympic history.

Smith and Carlos raised their black-gloved fists, their heads bowed, symbolising black unity and a call for racial equality in the United States. Norman showed his solidarity with the two sprinters by wearing the badge of the Olympic Project for Human Rights.

“The Victorian Government is committed to gender and racial equality and recognises the power of sport to break barriers, and the role athletes like Peter Norman have played in inspiring more Victorians to follow in their footsteps,” said Minister for Sport John Eren.

“Peter Norman stood up for what’s right, in a time when others stood by. He deserves this honour and deserves to be immortalised.”

Athletics Australia will adopt 9 October as Peter Norman Day, and join USA Track and Field who celebrate the day annually as a sign of respect for Norman and the high esteem in which he is held both here and in the United States

Athletics Australia President Mark Arbib acknowledges that more should have been done in the past to honour Norman.

“Initiatives to honour Peter Norman, such as this statue, are seriously overdue,” Arbib said.

“Peter Norman’s decision to stand in solidarity with US athletes Tommie Smith and John Carlos in Mexico 1968 helps define our strong and diverse identity. His actions are a fine legacy for the athletics family to commemorate, celebrate and aspire to.”

Norman’s family endorsed the statue and the celebration of his legacy. His daughter, Janita, expressed the immense pride they have of the stand taken by her father.

“That pride hasn’t diminished with the passage of time, so to accept this statue 50 years on has only added to that feeling,” she said.

“My father was someone who held strong beliefs and who spoke his mind and yet it’s the image of him standing there silently on the podium that has made such an impact on our lives.

“But we are also grateful that his athletic achievement is recognised. His Australian record still stands and that too means a great deal to us. It won’t stand forever of course, but 50 years is not a bad effort.”

This will be an annual award presented to a member of the Australian athletics community who exemplifies the spirit of Norman through their work for human rights, equality and humanitarian causes. The award will be open to anyone within the Athletics Australia Family including athletes, coaches, volunteers, officials, team staff, AA staff or recreational runners.

This year’s recipient, Olympian Eloise Wellings, was chosen due to her inspiring work as founding director of the Love Mercy Foundation.

"I am so honoured to be receiving the Peter Norman Humanitarian Award,” said Wellings. “Peter Norman has always been a hero of mine. His heart for justice, his courage to stand up against inequality and racism and his sacrifice in using his athletics career as a platform to bring light to these things and advocate for change is truly inspiring to me.

“It is a real privilege to be accepting this award in recognition of our work in Uganda for our Love Mercy Foundation. It has truly encouraged me to keep fighting for what is right for the people we have had the opportunity to stand alongside in Uganda.”

Athletics Australia is also working with Little Athletics Clubs around the country to hold 200m races during Peter Norman week (9-16 October). Named the Peter Norman Classic, these races will help to honour Norman’s legacy as well as spread awareness of him as both an exceptional athlete and humanitarian to our junior athletes.

BACK
Pages related to this articleAthletes
Peter Norman 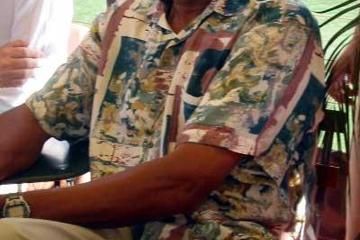