Many stars of the sport, including 15 world and Olympic champions and record setters, came together for a “Gathering of Champions” celebration at the World Athletics Championships Oregon22.

They were being thanked for their donations of significant items from their careers, some of which were on display in six large glass cabinets. The display of some 50 items is part of a much larger collection of the Museum of World Athletics (MOWA) and includes some of the crown jewels of track and field athletics.

The event, hosted by MOWA Director Chris Turner, was held on day five of the World Athletics Championships and also welcomed 100 historians, journalists and fans. Turner opened the festivities, saying: “This is about thanking some of the numerous athletes who have supported the cause. Most of the athletes here have been very generous supporters of our Heritage programme, which was started by Seb Coe in 2018.”

World Athletics President Sebastian Coe, whose spikes from his 1984 1500m gold- and 800m silver-medal performances are on display, spoke briefly about the impetus for creating the Heritage Collection, adding: “There are a few thank yous here. I am surrounded by great friends, iconic athletes. But I would also like to thank Roberto Gesta de Melo, a former Council member who was not only one of the driving forces behind the Heritage Collection but also has donated a great deal of his own private collection. And I have a massive debt of gratitude to Chris, who has driven this.  He created the Heritage Department.”

El Moutawakel, who won the first Olympic 400m hurdles, said: “This event means a lot to me. It’s about the living legends donating to the museum. I’m happy to be in Track Town, where I won the NCAA hurdles in 1984.” 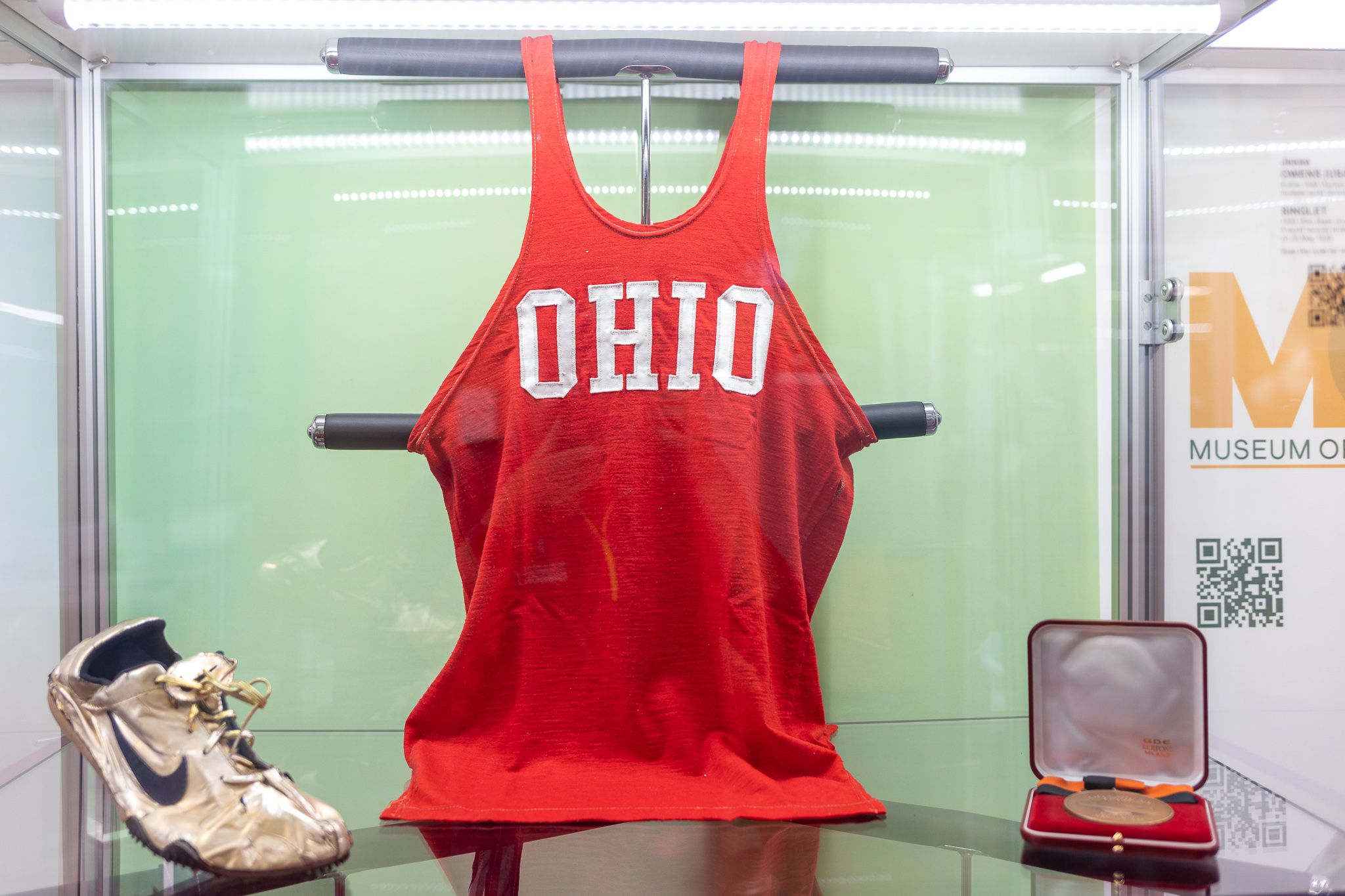 Mike Powell, whose singlet from his 1991 long jump world record is displayed, commented: “I’m a track fan and a former athlete. I’m at the track meet and I want to see everything. I want to support the sport, and this museum is part of it.”

Brooke Andersen the women’s hammer throw winner from these championships, was there to present the singlet she wore that evening. She exhibited a common theme among the athletes attending, saying: “It’s such an honor to be here.  I was asked if I wanted to donate something to the museum, and I said, ‘Of course!’ They’re thanking me, and I should be thanking them.”

Prime among the exhibits are shoes worn by Grete Waitz, Lasse Viren, Michael Johnson (an Atlanta 1996 golden spike), Allyson Felix, Irena Szewinska, Mondo Duplantis, Karsten Warholm, Adhemar Ferreira da Silva, and Alberto Juantorena.  An Al Oerter discus and Emil Zatopek’s warm-up sweater are highlighted, along with singlets worn by Usain Bolt and Herb Elliott. But the visual highlight of the collection is the bright red Ohio State singlet worn by Jesse Owens on his day of days in 1935.