The achievements of multiple Olympic champions Eric Lemming and Jim Thorpe, who were respectively awarded the World Athletics Heritage Plaque in 2018 and 2021, were publicly recognised on Saturday (17) at Stockholm’s 1912 Olympic Stadium, where their plaques were unveiled and placed on permanent display.

Sweden’s Lemming, who was one of the first dozen recipients of the Heritage Plaque, and USA’s Thorpe, who was honoured on the eve of the Tokyo Olympic Games, were among the standout athletes from the 1912 Olympic Games in Stockholm.

Saturday’s ceremony was organised by the Swedish Central Association for the Promotion of Athletics (SCIF). The two champions were represented by family members including Fredrik Lemming (great grandson), Mary Thorpe (granddaughter) and John Thorpe (grandson) who unveiled the plaques, in the presence of Erik D Ramanathan, the USA Ambassador to Sweden, and other distinguished guests. 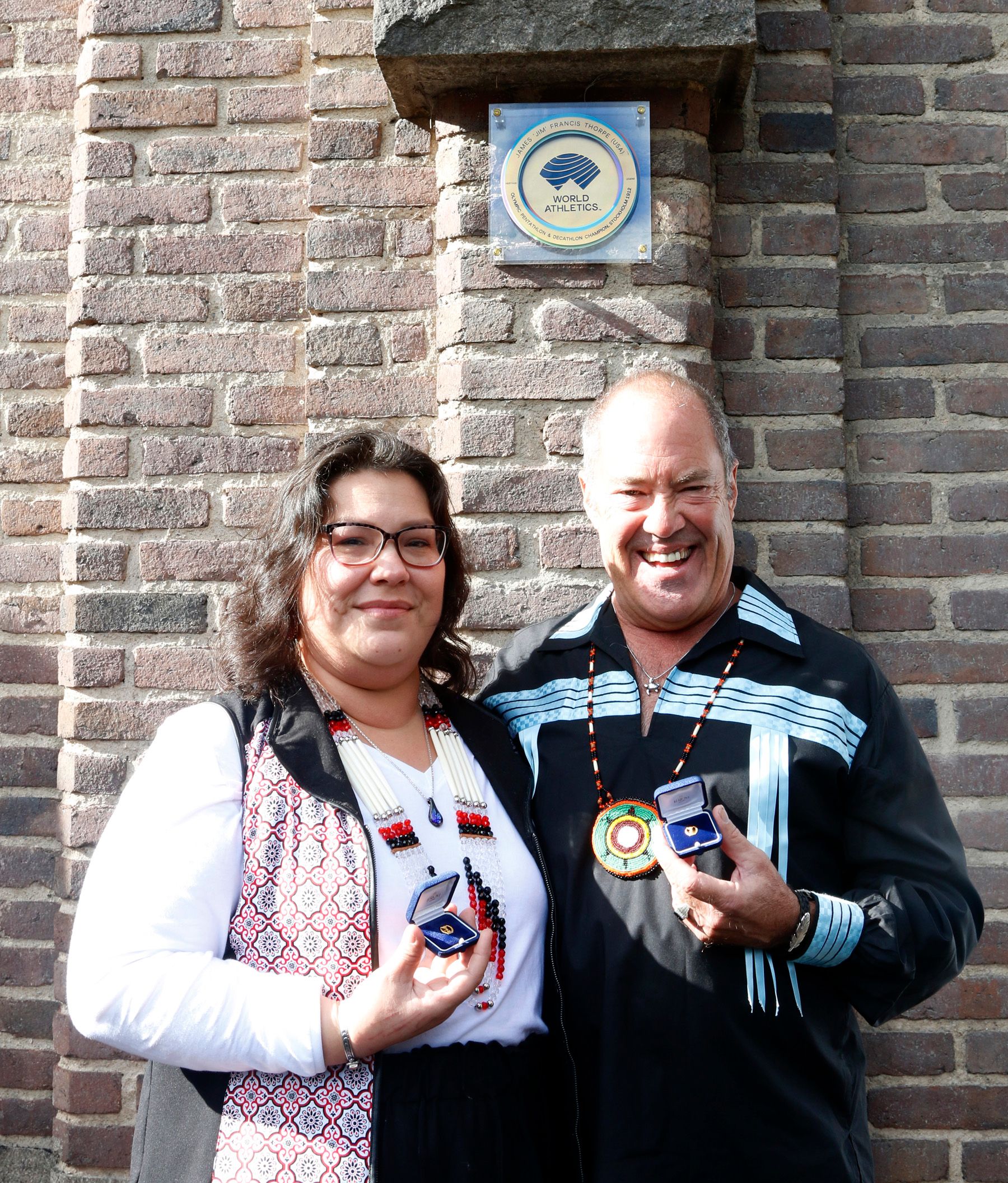 Cousins Mary and John Thorpe, beneath the Heritage Plaque to their grandfather Jim Thorpe (© Bo Landin)

“There can be no more appropriate permanent location to display these two Heritage Plaques than in the stadium that witnessed Lemming and Thorpe crown their athletics careers,” World Athletics President Sebastian Coe said. “These plaques were awarded in the posthumous category of ‘Legend’, which is a description that fits comfortably with their athletics achievements.

“I would like to especially thank SCIF for organising today’s unveiling and for ensuring that the families were represented. That Thorpe was recently reinstated as the sole winner of the pentathlon and decathlon, makes this long-planned ceremony a perfectly timed recognition of those Olympic triumphs of 1912.”

SCIF, which was founded on 7 May 1897 in the Royal Palace in Stockholm and continues to enjoy royal patronage, is based at the Olympic Stadium. The association’s offices are in one of the stadium’s castle-like towers.

“It is with great honour and pride that we see the Stockholm Stadium, the oldest Olympic arena still in use, being awarded these two Heritage Plaques,” SCIF President Rajne Soderberg said. “Their achievements in 1912 are truly legendary and to have them on display in a likewise legendary arena makes a perfect match.

“We at the SCIF, that was the driving force behind the Olympic Games in 1912 as well as building the stadium, are thrilled to see the Stockholm Stadium being one of only two arenas in the world to have received two World Athletics Heritage Plaques." 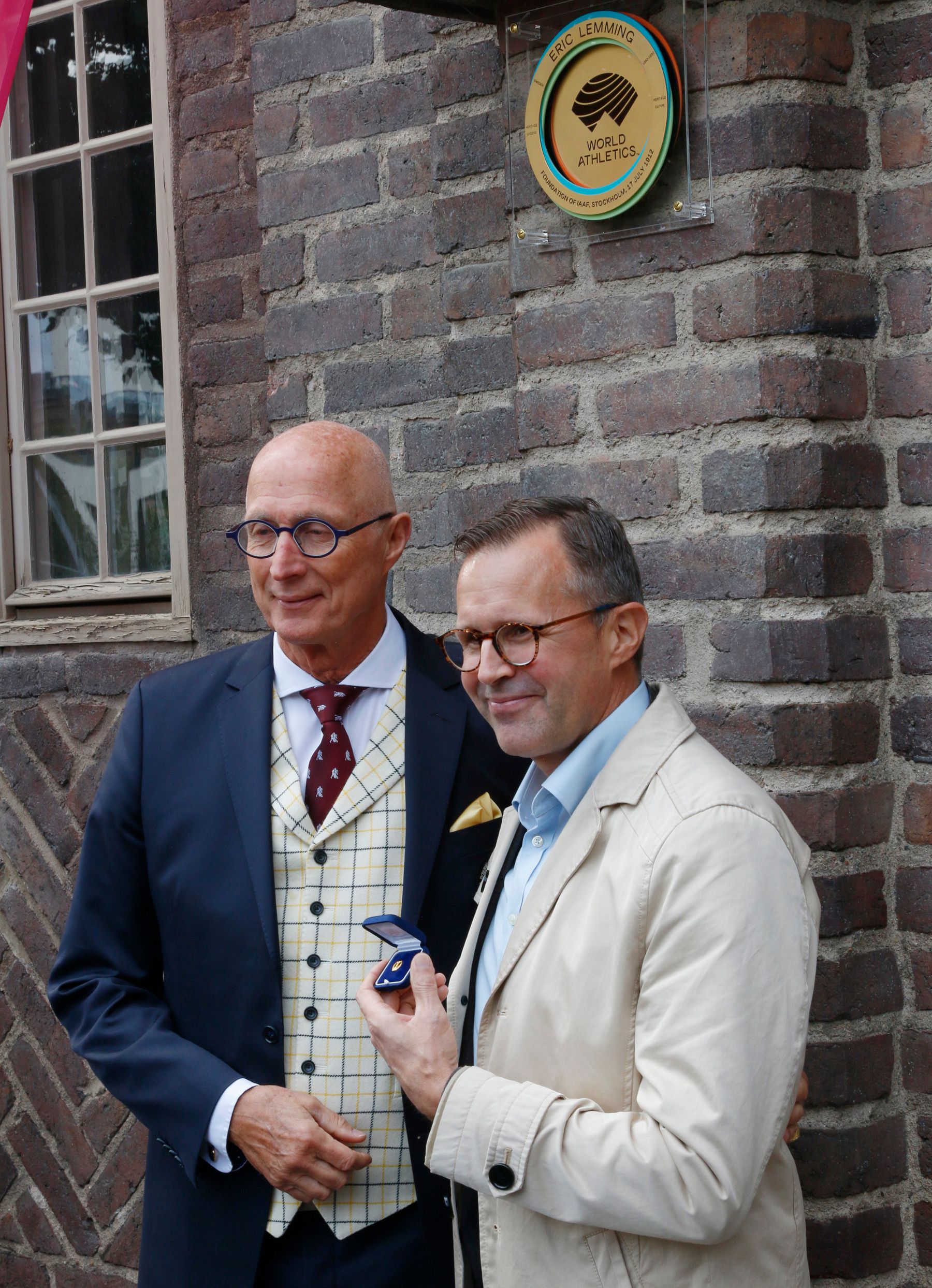 'Greatest athlete in the world'

Eric Lemming, with three Olympic gold medals in the javelin (one in the freestyle event), retained his title in 1912. His legend is even the greater if we consider another four medals in the 1906 interim Olympic celebration, a Games that is no longer recognised by the International Olympic Committee. Lemming was the inaugural javelin world record-holder with 62.32m, which he set later in 1912. He held the world mark for just under seven years and is regarded as a pioneer and one of the all-time greats of the event.

The plaque honouring Lemming’s achievements also commemorates the foundation on 17 July 1912 of World Athletics, then known as the International Amateur Athletic Federation. The meeting, which saw the formation of the world governing body for athletics, took place during the Games of the V Olympiad in Stockholm.

Following Jim Thorpe’s victories in the pentathlon and decathlon, he was declared by King Gustav V of Sweden to be the “greatest athlete in the world”. Thorpe easily won the pentathlon by finishing first in four of the five events and he set a world record of 8412 points in the decathlon. However, Thorpe was subsequently disqualified for alleged professionalism.

A long hard-fought battle was waged for Thorpe’s reinstatement. Thorpe died in 1953 and sadly it was only in 1983 that his family received his gold medals. However, while reinstated, Thorpe was recognised only as a co-winner, sharing the Olympic titles with the two athletes who had been elevated to first place after his disqualification. Finally, on 15 July 2022, the battle was won, with Thorpe redeclared the outright 1912 Olympic champion in the pentathlon and decathlon. 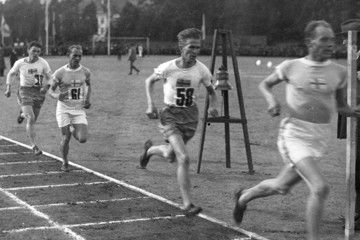 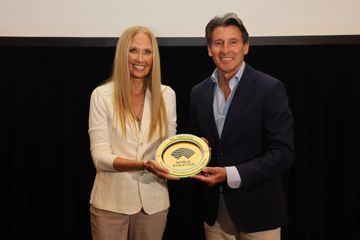 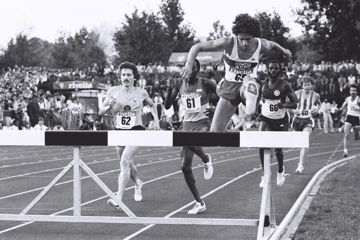