Gold again for Kipyegon as she wins 1500m in Oregon

Faith Kipyegon’s supporters were so confident she would win the women’s 1500m at the World Athletics Championships Oregon22 that they put the Kenyan in an uncomfortable position.

“I was facing a lot of pressure,” said Kipyegon, the two-time Olympic champion in the 1500m. “Everybody was expecting something special from me. Everybody was like, ‘Faith, we believe in Faith,’ so it was a real pressure. But I managed it.”

In other words, their Faith was not misplaced.

With her trademark kick, Kipyegon regained the world title on Monday (18) that she first won in 2017. She claimed an unprecedented fourth medal in the event. And Kipyegon indeed did something special, clocking 3:52.96, the second-fastest time on US soil after her own 3:52.59 at the Prefontaine Classic in late May on the same Hayward Field track.

After crossing the finish line, Kipyegon, 28, kissed the track and blew kisses to the crowd on ‘Women in the Spotlight’ day.

The fast-paced race saw Kipyegon and three other runners quickly leave the rest of the field behind with a first lap in just under 59 seconds.

“I’m so grateful to have won the gold medal,” Kipyegon said. “This was my big target. I did do it. I was really looking forward to this championship. I was really, really prepared for this race.”

World indoor champion Gudaf Tsegay of Ethiopia was with her nearly every step until Kipyegon pulled away with about 300 meters to go. Tsegay took the silver in 3:54.52, upgrading from the bronze she won in 2019. She was also just a bit slower than she was at the Pre Classic, where she ran 3:54.21.

“I was expecting more from this race, but my opponents were more experienced and lucky so I have to be grateful for the silver,” said Tsegay, 25, who also will run the 5000m later in the week.

Great Britain’s Laura Muir, in her fifth World Championships final, at last secured a medal, claiming the bronze with a season’s best of 3:55.28. Muir, 29, finished six seconds ahead of Ethiopia’s Freweyni Hailu, the largest gap in World Championships history between third and fourth.

The third Ethiopian runner, Hirut Meshesha was 12th in 4:05.86 after helping Tsegay push the pace for the first half of the race.

“To tell you the truth, I knew the Ethiopian lady was going to be fast,” Kipyegon said. “I knew she was a front-runner, and we ran really quick and I thank God I won.”

While the two Ethiopians controlled the early part of the race, Kipyegon stayed on their heels. Muir also clung to the lead group. “To be honest, I didn’t look at the clock at all the whole race,” she said. “After the first couple of hundred meters, I knew this was very, very fast. I thought it’s not going to help to look at the clock right now; it’s probably better not to look.

“For me, it’s all about racing. It’s not about times. I’m really pleased I stuck with it and went with them and it paid off.”

Kipyegon has placed first or second in every major championship since 2015. Three years ago, she was coming off maternity leave after having her daughter and placed second behind Sifan Hassan, whose 3:51.95 is the championship record. Kipyegon also earned a silver in 2015.

Hassan decided not to contest the 1500m this year.

After Kipyegon won her second straight Olympic gold medal, Muir called her “the greatest of all time.”

“I can say thank you so much,” Kipyegon said at the post-race press conference in Oregon, with Muir at her side. “I’m really grateful; she is really a nice lady. Before the race, I talked with her and I wish her all the best. Laura, let’s continue like this. This is the spirit of sports.”

Kipyegon added that she was happy that Muir, the Olympic 1500m silver medallist, won her first World Championships medal.

The Kenyan said she will skip the upcoming Commonwealth Games and prepare for the Diamond League meeting in Monaco.

She wouldn’t speculate about possibly breaking the world record. “I can’t talk about it right now,” Kipyegon said. “Let me focus myself and see what is possible. I will be trying my best to lower my personal best and to run a good race.”

In the meantime, she will spend time with her daughter. “She is everything to me,” Kipyegon said. 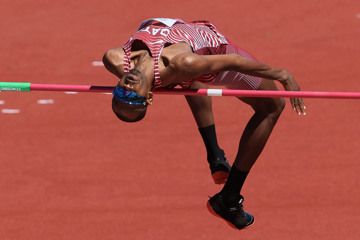 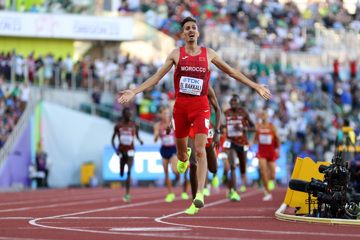 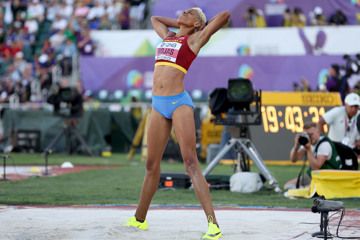