All five of Kenya’s champions from Doha in 2019 will defend their titles at the World Athletics Championships Oregon22 on 15-24 July.

Beatrice Chepkoech, Ruth Chepngetich, Timothy Cheruiyot, Conseslus Kipruto and Hellen Obiri have been named on the Kenyan team for the event at Hayward Field, where they will be joined by athletes including Olympic champions Peres Jepchirchir, Faith Kipyegon and Emmanuel Korir.

Obiri won her second consecutive world 5000m title in Doha and has been selected for that event as well as the 10,000m, joined by Margaret Chelimo in both.

Chepkoech and Kipruto defend their 3000m steeplechase titles, while Cheruiyot will look to return to the top in the 1500m after securing silver behind Norway’s Jakob Ingebrigtsen in Tokyo.

Chepngetich will be joined by Angela Tanui and Judith Jeptum in the women’s marathon, as well as Olympic champion Jepchirchir. After Tokyo, two-time world half marathon champion Jepchirchir went on to win the New York and Boston marathons and has been added to the team for Oregon.

Kenya finished second in the medal table behind USA in Doha three years ago with five gold, two silver and four bronze medals.

BACK
Pages related to this articleAthletes
Conseslus KIPRUTO 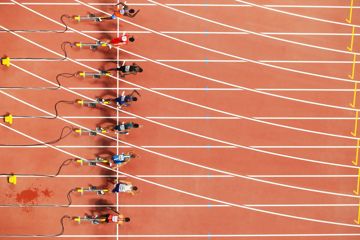 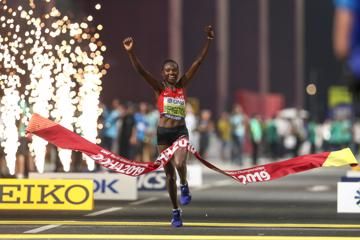