Lavillenie is currently training in the Principality and the meeting organisers announced on Tuesday (14) that he will face his two closest rivals from 2012, Bjorn Otto and Raphael Holzdeppe.

The German pair ran Lavillenie close on several occasions during last summer but finished with the silver and bronze medals respectively at both the London 2012 Olympic Games and 2012 European Championships.

Otto also had to settle for second place behind Lavillenie at the 2013 European Athletics Indoor Championships in March.

On Monday night, HSH Prince Albert II of Monaco paid a visit the Louis II Stadium track to encourage Lavillenie for the summer ahead and talk with him about his preparations.

At the Herculis 2011 meeting, Lavillenie won with a height of 5.90m and this year he will have in his sights the meeting record of 6.00m, which was set by Russia’s Maksim Tarasov back in 1999.

Lavillenie has been synonymous with the IAAF Diamond League since its inception in 2010 and has won the Diamond Race for his event all three years.

He also holds the record for Diamond Race victories, the only man to win at 13 meetings, a tally equalled on the women’s side by US sprinters Allyson Felix and Carmelita Jeter.

Lavillenie also holds the distinction of having accumulated the most IAAF Diamond League points by a male athlete, with 64 points. Jamaica’s Kaliese Spencer holds that honour for the women with 72 points.

Lavillenie – doing his best to continue the s... 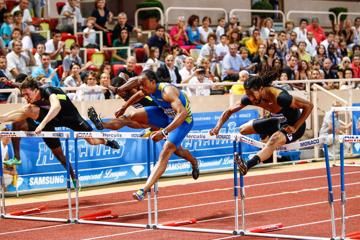 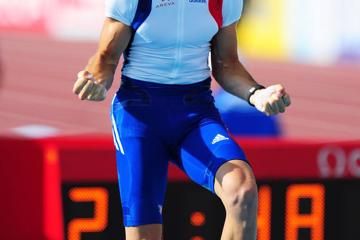