Jamaica storms to world U20 4x100m record in Cali

On an evening when lightning bolts filled the sky, when the crackle of thunder was echoing around Cali, a horde of young Jamaican women brought their own electrical storm to the Pascual Guerrero Stadium, shattering the world U20 4x100m record in 42.59 scintillating seconds.

Along with their compatriot Brianna Lyston powering to 200m gold in 22.65 (0.0m/s), and teammate Alana Reid taking bronze, it was proof – as if needed – that the future of women’s sprinting could reside in Kingston.

It’s now 20 years since Usain Bolt announced his talent to the world at these championships when it was staged in the Jamaican capital, and it’s 14 years since Bolt first broke the men’s 100m world record in the wake of a lightning storm in New York.

But here at the World Athletics U20 Championships Cali 22 on Friday (5), following an hour-long delay to the programme due to a torrential downpour, four young women from the same nation followed in his giant footsteps. Serena Cole, Tina Clayton, Kerrica Hill and Tia Clayton didn’t get the baton around with perfect execution – with Clayton almost running into the back of Hill at the second exchange – but when you sprint like they can, such things matter very little.

They obliterated their opposition, coming home several metres clear of USA, who set a national U20 record of 43.28 in second, while Colombia delighted the home crowd by taking bronze in 43.28. The previous record was the 42.94 Jamaica ran to win the world U20 title in Nairobi last year, while they also clocked 42.58 to win the Carifta Games title in April, which was not ratified as a world record due to all four team members not being drug tested the day of the race.

Earlier in the night, Lyston had shown her potential to be a senior star of Jamaican sprinting when flying to victory over 200m in 22.65 (0.0m/s), with USA’s Jayla Jamison taking silver in a PB of 22.77 and Jamaica’s Alana Reid taking bronze in a PB of 22.95.

Lyston, 18, had endured heartbreak at the last edition of these championships in Nairobi, where she was disqualified in the 200m final for a lane infringement. “It was really hard, I broke down after the race when I heard the news,” she said. “Since I stepped on the line, I tried my best in training not to do it again. I told myself I would come back, train hard, and accomplish this.”

She was the clear favourite for the 200m final, coming significantly ahead of the field on season’s bests, though her nerves weren’t helped by the delay in the programme due to the thunderstorm.

“When we were in the call room we were pretty nervous, we never had a delay this long, but we did our best to stay warm and keep our mental health intact,” said Lyston, who is coached by Corey Bennett at Hydel High School and whose role model in the sport is Shelly-Ann Fraser-Pryce. Lyston dedicated the victory to her mother.

Elsewhere, Turkey continued its fabulous Friday with victory in the men’s 400m hurdles, with Ismail Nezir setting a national U20 record of 48.84 to make it the second gold of the day for his nation after this morning’s 10,000m men’s race walk – that’s the same number of medals Turkey had won in the entire history of the championships before this week.

Having only advanced to the final as a non-automatic qualifier, Slovenia’s Matic Ian Gucek very nearly pulled off a huge upset from lane one, the 18-year-old finishing second in a national U20 record of 48.91, having run Nezir all the way to the line. Jamaica’s Roshawn Clarke third in 49.62.

“The whole year I’ve been preparing for this race, it was my dream all season,” said Nezir, who is based in Izmir. “We came to win and I was pretty sure I would. I saw the Slovenian guy in the first lane off the last hurdle and I had to attack and give my best to get the gold medal.”

As for what his future holds? “I want to be Olympic champion,” said Nezir.

“This is a huge honour,” said Azize. “I want to say congratulations to my country with this medal. The race was great. All of Cali, the supporters in this stadium, I want to say thank you. This is a beautiful country.”

There was drama in the men’s 4x100 as race winners South Africa saw the gold medal snatched away from them in the minutes after the race due to lane infringements by lead-off runner Mukhethwa Tshifura. That meant the initial runners-up, Japan – Kowa Ikeshita, Hiroto Fujiwara, Shunki Tatento and Hiroki Yanagita – claimed gold in 39.35 ahead of Jamaica (39.35), with just two thousandths of a second between them. USA took bronze in 39.57.

Elsewhere, the men’s 800m semifinals played out during a heavy downpour and the races threw up their usual close contests. Ethiopia’s Ermias Girma showed impressive form – the kind that could see him better his runner-up finish in the 1500m earlier this week – to win the first semifinal in 1:47.96, with Britain’s Ethan Hussey second in 1:48.18. Algeria’s Heithem Chenitee produced a fast finish to take the second semifinal in 1:48.55 ahead of Poland’s Kacper Lewalski (1:48.76), while the third semifinal – staged in the heaviest rain – was quickest of all, with Kenya’s Noah Kibet clocking 1:46.37 to beat Britain’s Samuel Reardon (1:46.80). Ethiopia’s Mersimoi Kasahun (1:46.95) and New Zealand’s James Harding (1:48.00) also advanced on time. 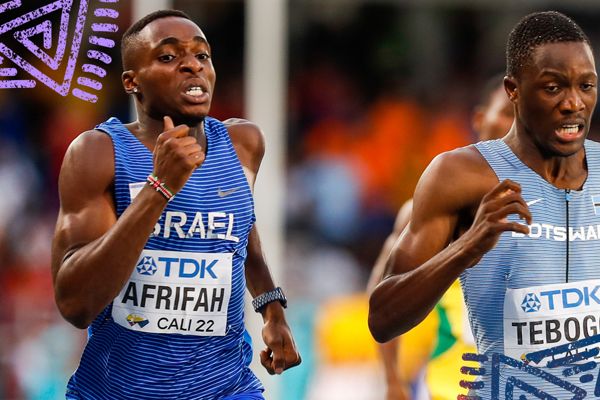 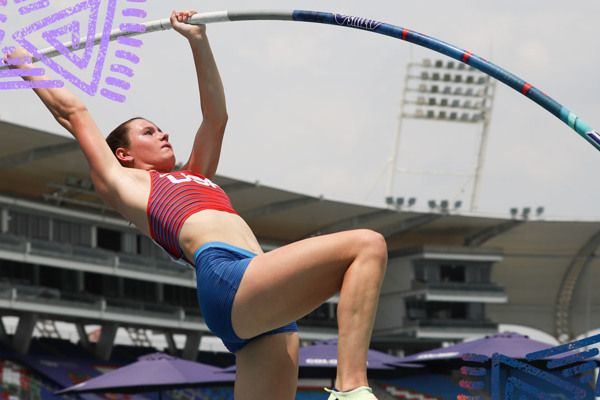