Silver and bronze medals for Colombia! Women dominated the finals on the fifth day in Cali

Silver and bronze medals for Colombia! Women dominated the finals on the fifth day in Cali (© Marabunta Agency)

Colombia bathed in glory once again, Natalia Linares in the long jump and the girls 4x100 won silver and bronze in two finals that made the Pascual Stadium vibrate. Pulido and Romero also made Colombians dream.

The closing of the most important sporting event of world youth athletics is approaching and Colombian athletes had an admirable performance in the midst of situations of joy and tensión.

The most outstanding athlete was Natalia Linares, who won the second silver medal for the Tricolor team in the final of the women's long jump. The 19-year-old athlete from Valledupar, came in second place with a mark of 6.59 meters, only 7 centimeters behind the Bulgarian winner, Plamena Mitkova (6.66m). In addition, the young athlete appeared before the local public wearing the famous "vueltiao hat", an emblem of the South American country; which meant an increase in the shouts of support that came throughout the competition from the stands of the stadium. In the north grandstand of the stadium, Yanelis Gonzalez, Natalia's mother, enjoyed and suffered her daughter's competition amidst the applause that accompanied the race and subsequent jump of the Valduparense.

"I admire Natalia more and more every day, what a warrior and fighter she is. She does not give up even at the last moment. This is a triumph for all of Colombia", mentioned her Yanelis, just moments after the sixth and last jump. "She won the silver medal, but I won the gold medal because I am the proudest mother of this country," she said with tears in her eyes.

After winning the second silver medal for Colombia, Natalia thanked the Colombians for their support: "I want to dedicate this triumph to you because it belongs to you, the Colombians. The emotion I felt in each and every one of the jumps was something magical.

The long jump star also highlighted Cali as a Sports City "it should continue to be like this, they should bring more world championships to Cali". 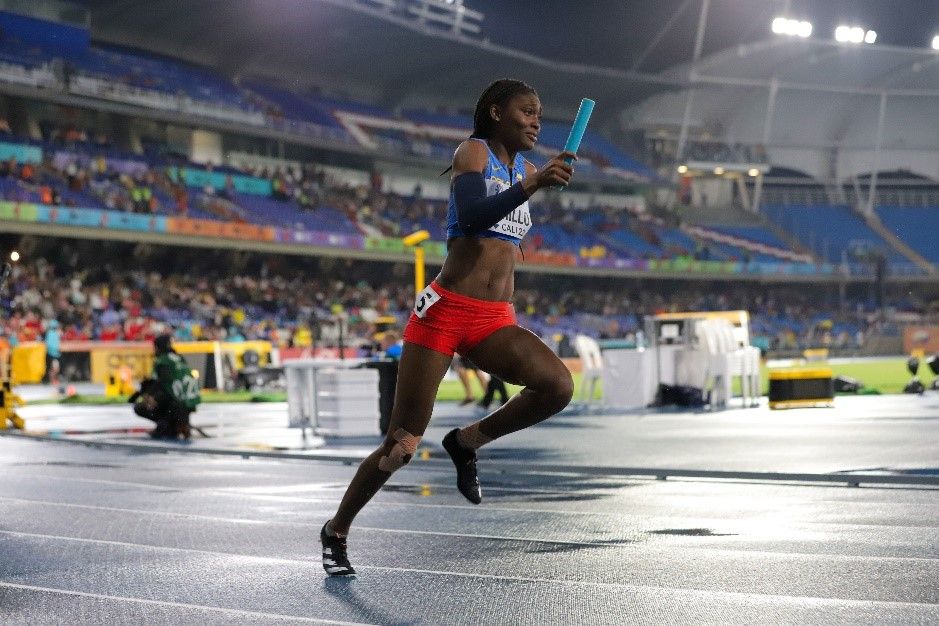 In the afternoon, María Alejandra Murillo, Marlet Ospino, Melany Bolaño, and Laura Martínez brought the whole stadium to its feet during the 44.59 seconds that lasted their participation in the 4x100 relay.

Laura, last to receive the relay, ran with a speed that allowed her to hold third place in a heart-stopping finish, because it was only after a few long seconds of the end of the competition that, on the Pascual's screens, the bronze medal for Colombia was confirmed amidst the screams of the whole stadium.

"I feel very proud of everything we did, as we said yesterday, we came with surprises and God gave us the opportunity to get ahead", Melany Bolaño.

This is how the Colombians fared on day five

In the first event of the day, the athlete from Valle del Cauca, Natalia Pulido, finished in tenth place in the final of the women's 10,000 meters race walk. The 18-year-old had the unconditional support of her family, who were present in the stands of the stadium with a creative poster illustrating her last name. In addition, she was able to improve her personal best by clocking 48:21.65 minutes, in one of the most technically demanding competitions. 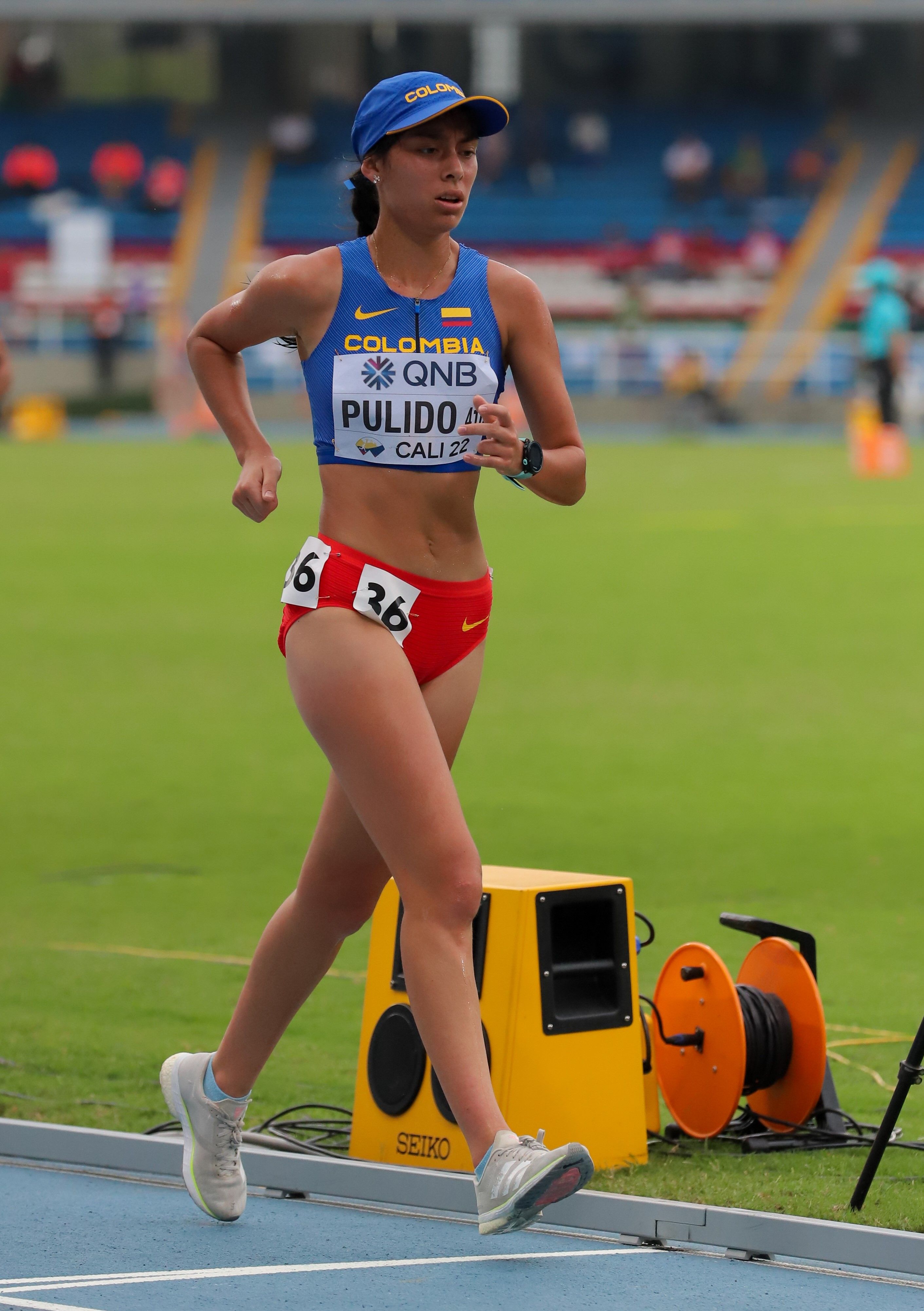 "I dedicate this triumph to my people, to the village of La Tulia. I am proudly a peasant and everything is possible", said Pulido.

Immediately after the women's 10,000-meter race, it was the turn of Mateo Romero from Bogotá, who, during the course of the long-distance race, stood out among the other participants, being part of the select group of athletes who would fight for the podium.

An achievement that seemed to materialize in a bronze medal for Colombia, however, only 500 meters from the finish line, the judges penalized Mateo, losing the pace of his rivals by having to stop for a minute. "We were coming along quite well, we fought and worked hard all year long. It was a dream I had since I was a child. It was very nice to know that for a moment I was on the verge of achieving it," Mateo said after being shocked by the judges' decision, crying during the last lap of the Pascual.

"We learn that, if you train well and with dedication, we know that we can be at the level of the best in the world."

Finally, the young walker finished in twelfth position with a time of 44:21.40.

On the other hand, the Colombian Anderson Asprilla had a very good performance in the long jump, achieving a seventh place at the world level, reaching 2:05 meters in fewer attempts than his opponents. The women's triple jump event brought back some memories that excite Colombian fans, who dream of continuity of the legacy left by Caterine Ibargüen, Olympic champion in this modality. Today's event featured the participation of Valery Arce, the 15-year-old from Valle del Cauca, who obtained a mark of 12.94 meters which, unfortunately, did not allow her to advance to the world final; the same case of Estrella Lobo, the 18-year-old from Samaria, who finished in ninth place in group B with a mark of 12.84 meters.